I have been sorting through some of my yarn stash this week.  The boarding of the attic is going well so I decided to box up (some) of the yarn I'm not using and get it into the attic.  My knitting pal Romain has been having a sort out too.    She gave me a huge pile of old Rowan Magazines some going back quite a few years and some more recent.  I had a read and a flick through and took out some that had things in that I might make. 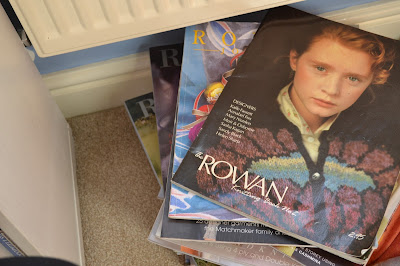 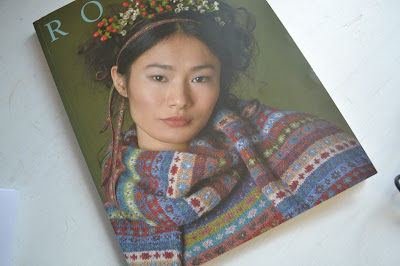 When I came across this mini poncho I got quite excited.  It's made in Rowan Big Wool Fusion ~ so squishy ~ I had four balls languishing in my stash somewhere, and I do like a poncho. 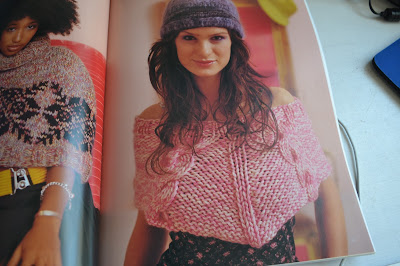 A quick knit, I made the large size and decreased until I reached medium ~ bottom up pattern ~ and did more rows on the neck than the pattern.  I can't see the point of having a very warm, very snuggly poncho and pulling it down so your shoulders are exposed! 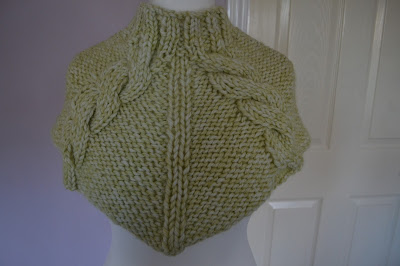 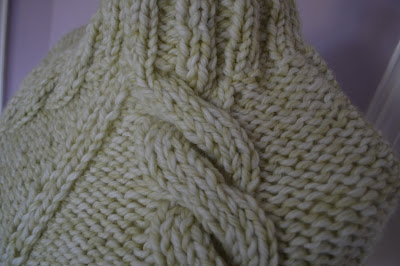 On a roll, I finished up the last half a ball of yarn on a hat.  I don't know who will wear it ~ not me that's for sure ~ but the yarn has all gone now and that's all that matters to me. 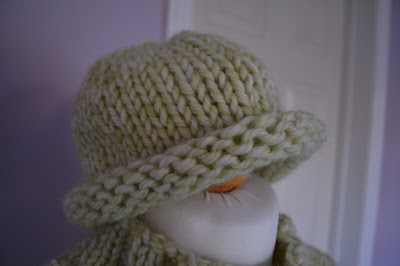 The pile of bathroom things has been piling up in the kitchen. 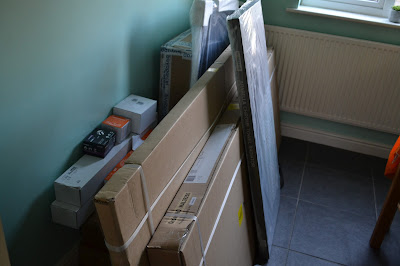 Today the fitter came and started work.  He thanked me for cleaning the old bathroom ~ apparently some people don't ~ and set to work.  There's been lots of banging and crashing this morning 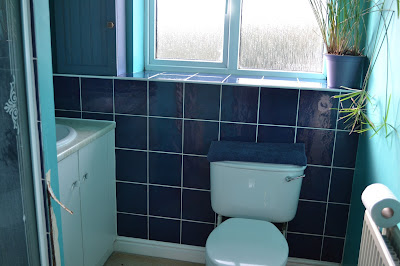 but by lunchtime nothing remained. 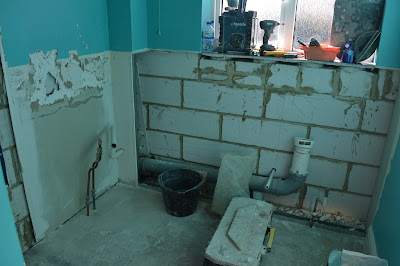 By the end of the week, we should hopefully have a new bathroom.
Mr Clicky is in Chicago on business, so he's left me in charge. It's snowing there and negative temperatures so he's taken extra layers.  Me and Master Clicky are on half term so a chance to recharge those batteries, catch up on some X-Box FIFA (him) and a bit of knitting/housework/oven cleaning/dog walking/gardening (me.)  I'll need to go back to work for a rest.