I'm pleased to day that our patio doors did arrive, not on Monday as promised ~ apparently some glass was broken in the factory, make of that what you will ~ but on Thursday.  Installation went well and work on the rest of the build can now continue. 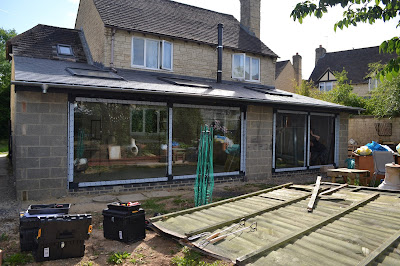 The next day the lovely builder removed the old patio door and window from our current living room, this will become a cave snug.  The gap at the top is for a window. 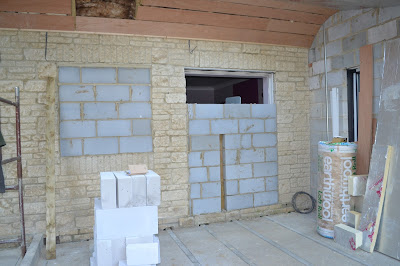 Mr Clicky and me painted some more of the old fence, which was looking very faded. 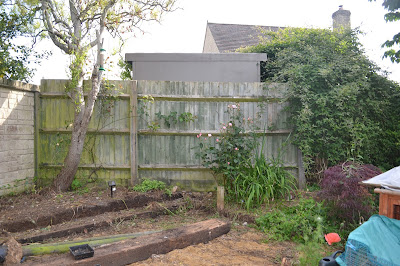 What do you think now?  The rose ~ about the only thing in the garden at the moment is in full flower. 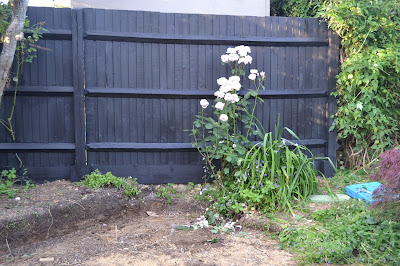 It's called Geoff Hamilton ~ a name known to UK gardeners ~ and is a real stunner, with a beautiful delicate scent.  When a man arrives with a digger next week, to level the garden and dig soak aways I will make sure it is protected. 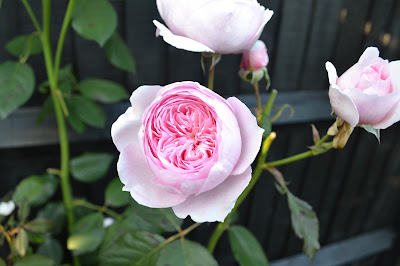 As with the rest of the country we have experienced a real blast of hot weather, getting up to 31 degrees which is reflected in the purplish colours in the temperature blanket. 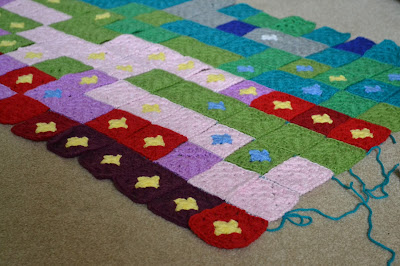 Now I love heat, mainly when I'm lying next to a pool with cocktail in hand, but even I think for working in, it's been too much.  We've had all the doors open at school trying to get drafts through, and there are wafts of suncream as children as slopping it on.  Don't even get me going on night temperature and lack of sleep.

Master Clicky continues to play cricket at the weekend, so is developing 'farmers arms' ~ brown on the bottom, white on the top.  I was bemoaning how hard it was to get grass stains out of cricket whites to another cricket mum at school and she suggested Swarfega.  I bought some and as soon as I opened the lid I was transported back to my childhood on the family farm.  We used to have a massive pot under the sink, to transform oily hands and arms to normal.
I gave the offending stain  a scrub and walloped the whites in the washing machine. 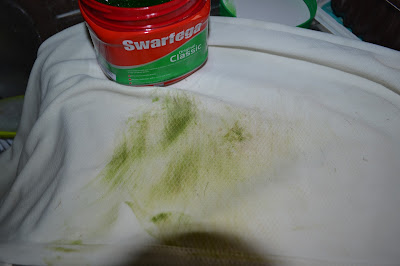 Result:  I'm pretty pleased with that. 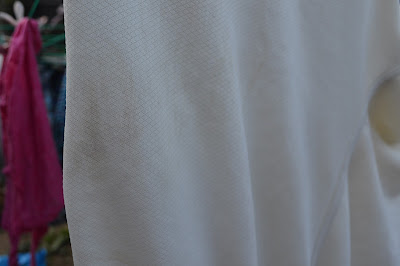 Progress ~ or lack of it.

Half Term came and went and the weather was fabulous.

Our build had come to a halt due to waiting for the patio doors.  We have been promised dates by the company which haven't been fulfilled.  Everyone was getting cheesed off, the very lovely builder went off to another job for a few weeks.  Until we have the doors we can't progress by knocking through the kitchen and our project should be finished by now.  The builder popped down and had a beer, and we decided that he could get on with making the new fence between us and next door.  I had spent hours a lot of time on Pinterest looking at fences and gardens and as we have the opportunity to get exactly what we want we went for it (there will be fence panels on the other side of the posts too, so you won't be able to see through.) 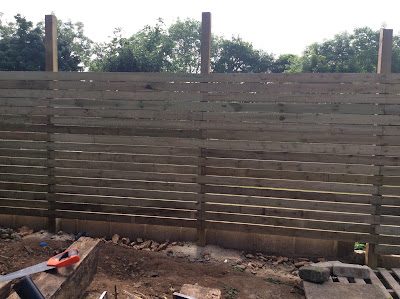 Now, I know it's only a fence but it was just perfect and when I saw it for the first time, I cried and gave the very lovely builder a hug.  He was bemused.
After he had finished we painted it black. 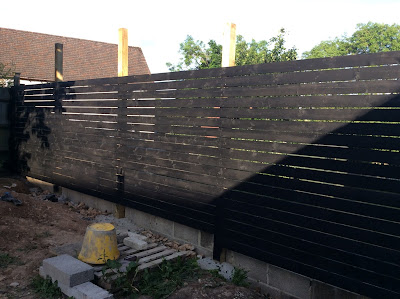 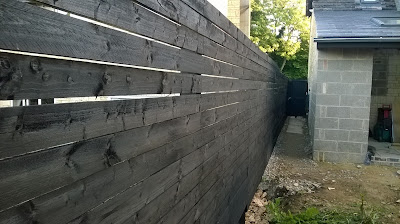 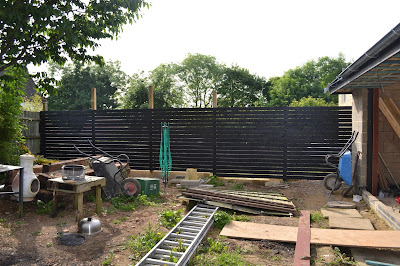 We're going for a strong look in the redesigned garden, because with the huge doors we're having ~ 5.5 and 3.5 meters ~ the garden will be very much part of the house and it's decor.

The doors are at last, coming on Monday, it's been a long wait.

I've managed to catch up with my Temperature Blanket.  I was about a month behind as the Wedding Blanket took priority.   You can see the rise in temperature (and sun) over the last week or so, the two reds being my favourite ~ 20-23 degrees (the bright red)  and 24-27 degrees (the dark red.) 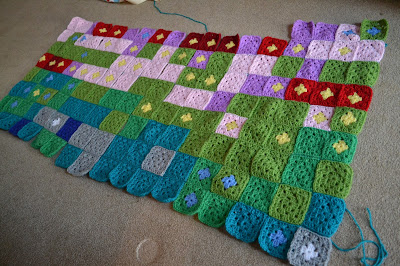 I love how it is warming in colour from the 12th January when I started, with snow (white centre) and 2 degrees (grey outside) although we could do with less apple green 10 - 12 degrees, a bit chilly. 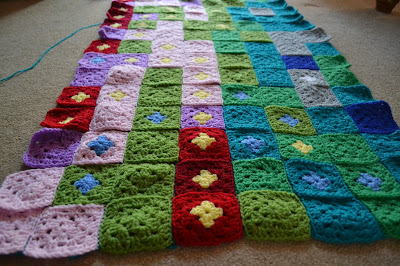 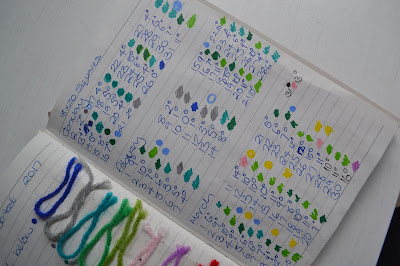 I'm enjoying colouring in my notebook too. 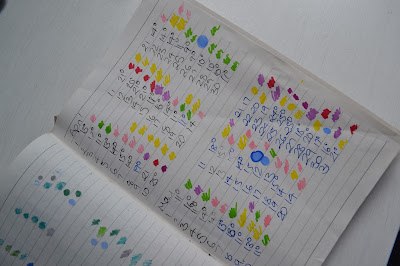 As one Granny Square is not going to keep me busy of an evening I have embarked on another project.  It is called Bonnie Bolero ~ a pattern from Purl Alpaca Designs which I got from Wonderwool in April.  I am, however,  not using wonderfully squishy and squooshy Purl Alpaca Yarn, I have some shocking pink sock yarn from Tiger.  I'm using some straight needles which was all I could find.  I've packed my Knit Pros away in anticipation of the kitchen wall being knocked down soon and I haven't a clue where they are.  After all the crochet of late, it feels good to be knitting again. 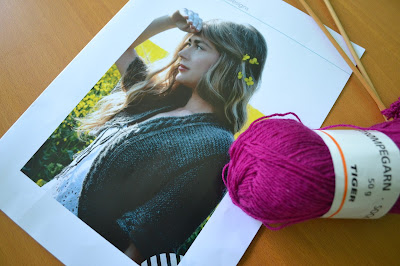