Peonies are looking magnificent right now.  I just love them, don't you?  These are my next-door neighbour's, a stunning white, double flowered variety.  Their little girl wanted her Dad to pick one for her hair.  I wouldn't mind one of these stuck behind my ear either. 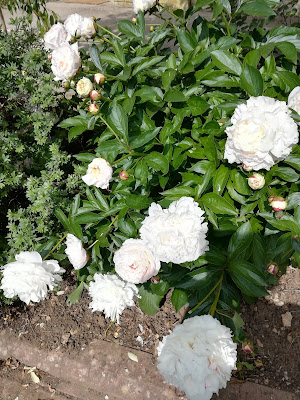 The one in my own garden is a little more modest.  It was given to me by my knitting pal Romain. Well, actually she gave me three, one pink, one white and one red.  When we had our building work done, I tried to dig everything up to save it from a digger being driven over it but when the work was finished it appeared I only had managed to salvage the white one. 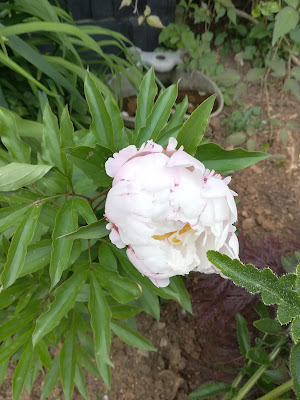 It has rewarded me with a single flower this year. 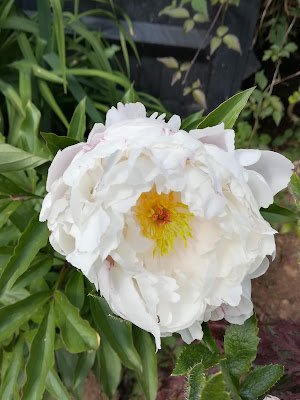 I've got a vase full of these pink beauties too.  I picked them up this week with my supermarket shop, they stand in the middle of my kitchen island and every now and then I get the most delicate whiff of scent. 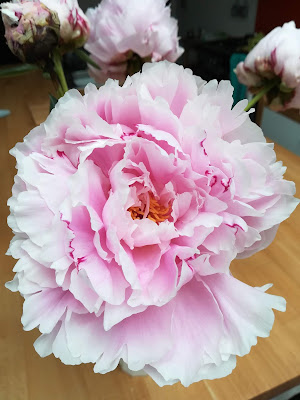 Talking of gardens, I am currently trying to get ours into some semblance of order.  Right now it looks like this, part left over building site, part scrubland, with a few plants clinging onto life. 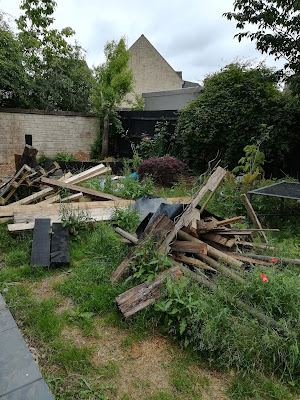 What's the nice way of putting it?   It has potential.  This is not nice to see and as the back of the house now has glass all the way along it we can see it all. 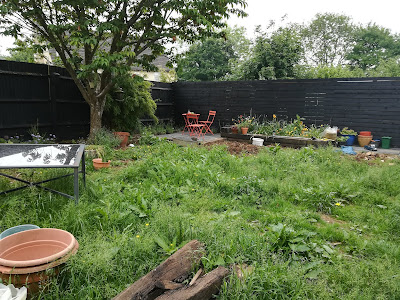 I've had some chunky sleepers delivered, they came the other Saturday morning.  I heard the truck whilst I was in bed drinking tea, and went to answer the door in my dressing gown.  The delivery driver told me to 'watch from the window,' and sent me back inside.  The plan is to use the sleepers to make raised beds and deal with the levels we have in the garden. 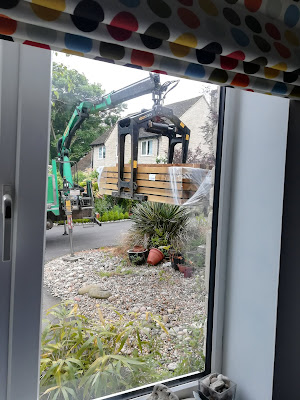 Progress is slow, partly due to the stones that lurk underneath the topsoil and partly due to Master Clicky's cricket obession which means his weekends are mostly spent at the cricket club.  Whilst I can lug sleepers about and cut them, it's a job for two rather than one.

That's about me for now, I have worked out I should be making three blocks a week for the Wedding Present Blanket I am making for my teacher, this week I've only done two, so already behind my target. 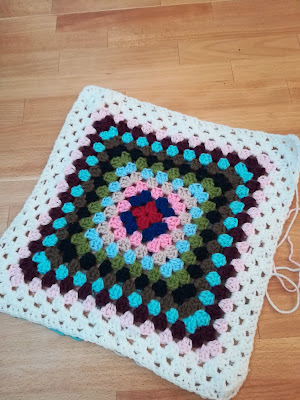 At last, a ta-dah!  I don't seem to have done one for ages now.  The temperature blanket I made has been nearly finished since January. I had popped it away just for the edging to be finished and promptly forgot about it. 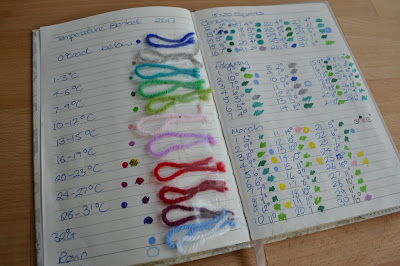 If you haven't come across a temperature blanket before it's really easy.  Record the average temperature every day and make a square accordingly.  Some people make stripes, I went for simple Granny Squares.  I added white in the middle for snow, blue for rain and yellow for sun.

Mine started on the 12th January 2017 ~ bottom right in the picture with a temperature of 2 degrees and snow. 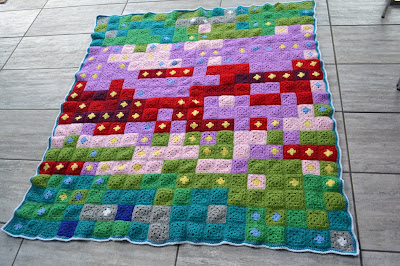 It finished on 7th January 2018 ~ top left with a temperature of 2 degrees and no snow. 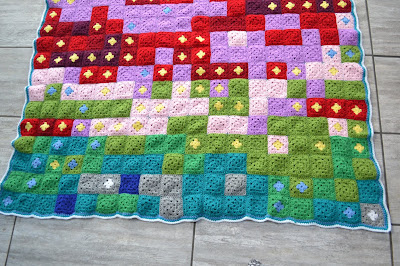 I used a weather app to find the average temperature wherever I happened to be. 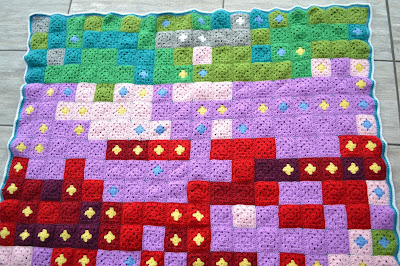 In 2017 (where I was) we had only had two days of zero degrees and the highest that I recorded was the 31st June when it got to 31 degrees.

I have really enjoyed the whole process, it made me think a lot more about what's going on around me. I've also enjoyed colouring dots with my Sharpies. 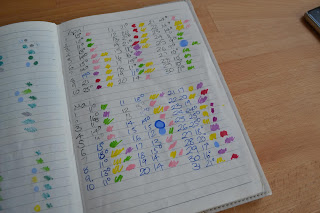 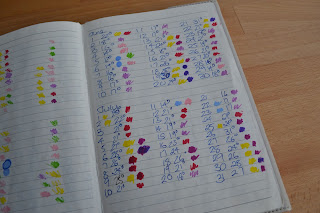 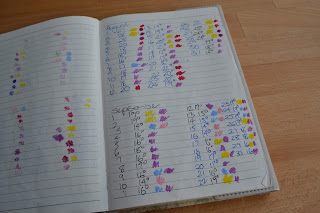 Unfortunately I ran out of red for 20-23 degrees and had to match it the best I could. 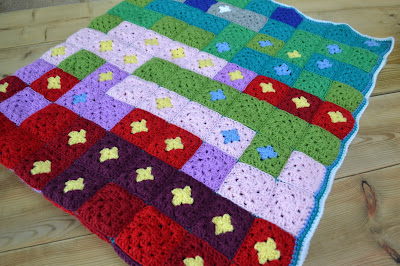 If you're feeling inspired why not head on over to Pinterest where there are some beautiful examples. I really like the striped ones but for me, one square a day was more manageable.

I'm now working five days instead of four until the end of the summer term so I have to squeeze even more into the weekends, no catching up on missed TV on a Friday.  Master Clicky and me are trying to get some hard landscaping done in the garden but as he's plays cricket both days of the weekend usually, it's a bit tricky!