The weather has cooled since I last posted, still warm enough but no sunshine.

I've been keeping busy handing out flowers to the neighbours, quite often it takes an hour to cut them in the evening, they then need to be left overnight somewhere cool for a good drink.  For me this is the downstairs loo, (which also doubles up as our drinks storage.) 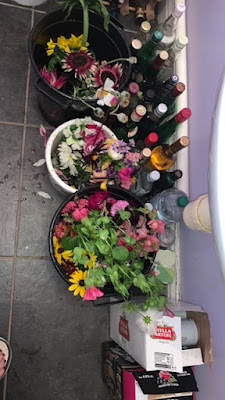 I then spend another hour or so next morning faffing and trying to arrange; something I definitely need more practice at. 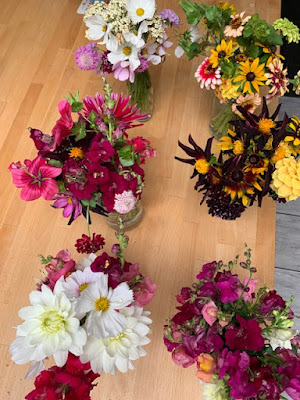 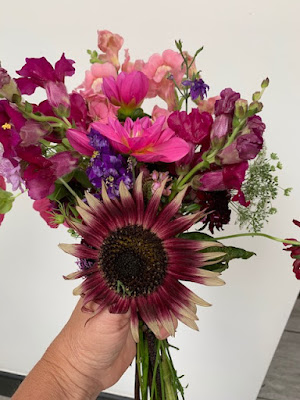 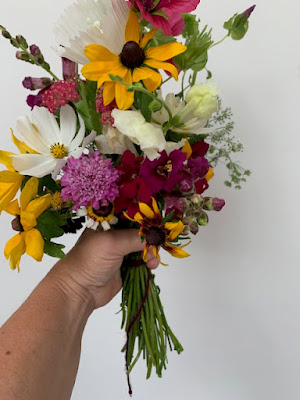 My little plot (14m x 2m) has been so productive, I almost can't keep up with it.
In other exciting news, we have becone the new keepers of an allotment.  We put our name down in February and were offered one in July.  It's a 5 minute drive from home, of course we will be able to walk it, but for now we are needing to take lots of tools.  It was very overgrown with grass and ragwort. 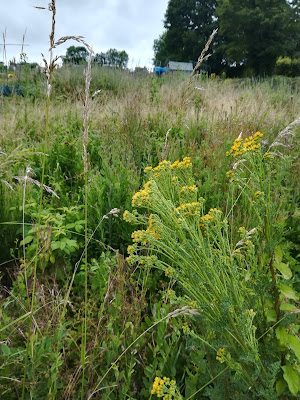 But did have the pluses of a small greenhouse, and compost bays made of pallets, 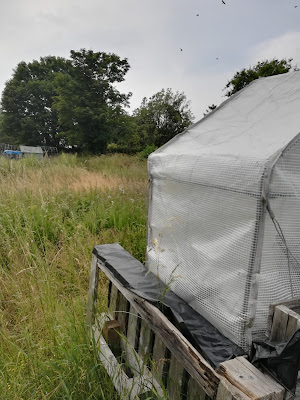 a healthy crop of lavender across the width, 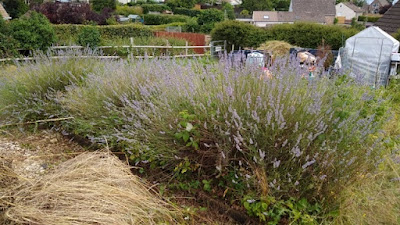 a redcurrant bush which gave us 1.5kg of yummy fruit, and after a good weeding we revealed loads of raspberry canes. 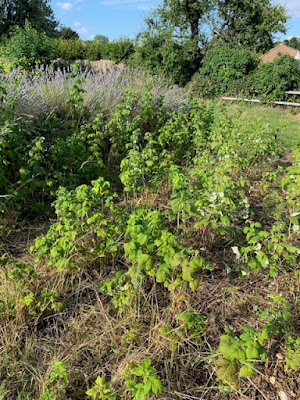 After spending the last few weeks clearing the weeds, I was able to plant something this week.  The allotment is in the furthest corner from the car park so we are using a festival trolley to transport all our bits and pieces. 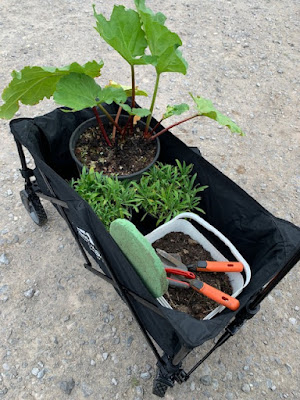 I planted a pot of rhubarb in the top corner, that had been in the back garden for several years.  (The chickens are on the allotment next to ours.) 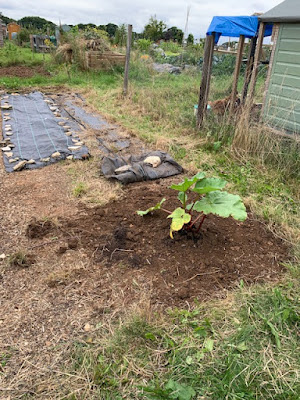 And some wallflowers which I bought from a local nursery. 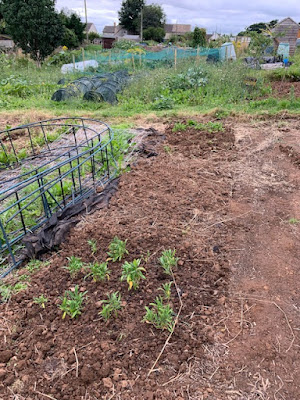 We have decided to section into 1 metre strips with paths in between, the paths will be stone already on the the allotment or wood chippings which are delivered to the site for everyone's use.  We are going to grow vegetables and of course, flowers.
We have some very high standards to live up to. 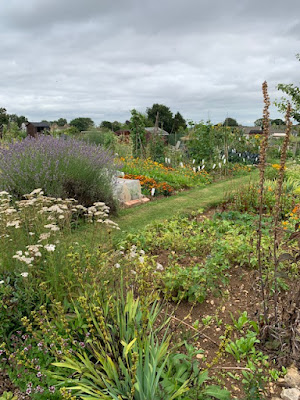 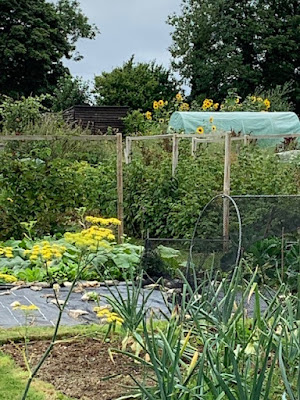 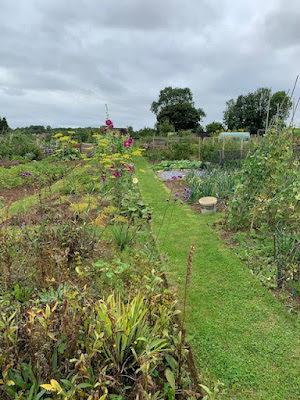 In the back garden at home I came across this chap the other day.  He was massive, about 5cm long.  I had no idea that we had had large crickets in the UK.  It is a Great Green Bush Cricket. 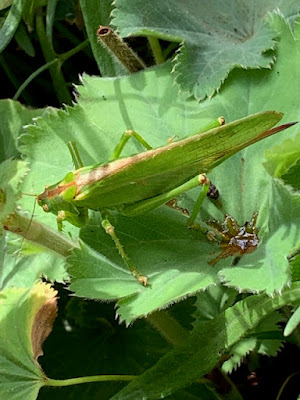 On the knitting front I have joined the arms and body of my Dad's jumper and I'm on the most exciting bit, the yolk. 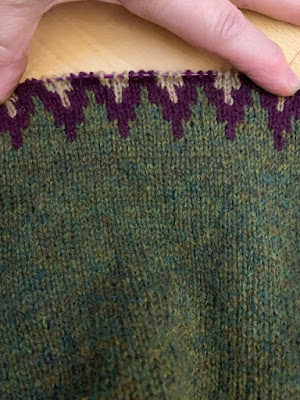 Lastly, I'm leaving you with my latest crush, Dahlia Alauna Clair Obscur.  I've picked it now and can't stop looking at it.  Perfection. 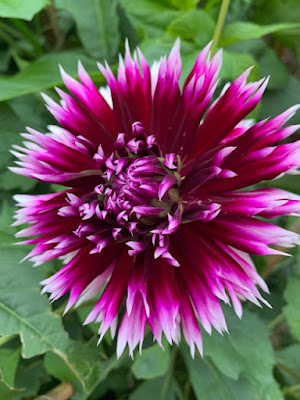