Firstly, I'd like to say thanks for all your supportive comments on my last post about our dog.  I found them really comforting.  I still expect his nose to appear round the fridge door but I know as a family we took the right decision.

Mr Clicky arrived back from the USA safely, and I spent 10 days in the spare room keeping away from him.  He had a phone call to check he was where he said he would be (not sure a phone call is a good enough check but heyho) and his two covid tests were negative so all's good there.  We are fitting in back together again as a family, after 3 years of being apart it going to take a while.

Miss Clicky and Baby Needles have been visiting, Mr S-I-L is currently working in the North Sea so she is allowed to bubble with us.  Mr S-I-L is part of ground investigation for an offshore wind farm, they are test drilling to find out what the sea bed is (mostly sand, as it turns out.)  He's away for 6 weeks; the nearest neighbour is an oil rig. 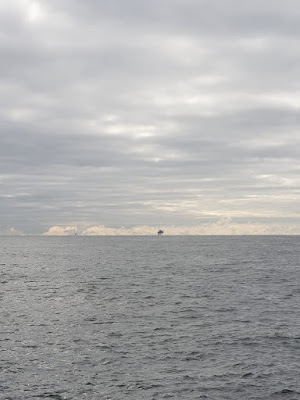 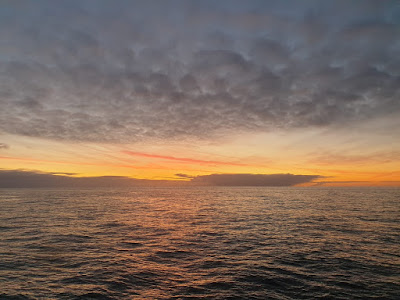 I have been busy growing seeds and trying to prepare the plot I am to be growing in and, of course, making things.

Here's Mr Clicky's Rallar-Genser Jumper that I started last March when I was out visiting him.  I had hoped to complete it whilst I was there, but I ran out of yarn, so I bought it back with me. 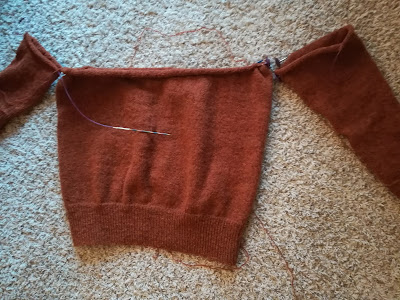 It's made in Jamieson and Smith 2ply Jumper Weight and Mr Clicky chose the colours.  It was finished last summer but the yolk was a bit distorted, the floats were fine and not too tight, and I realised that I had done a large body and extra large yolk because I hadn't marked the pattern.  Unable to stomach taking the yolk off, I threw it in the naughty pile and left it. 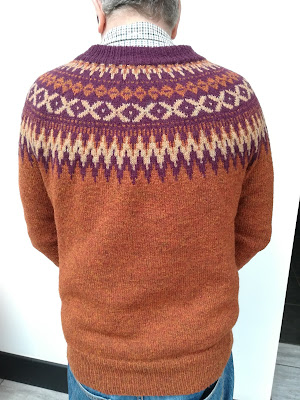 I spoke to my knitting pal Romain and the girls on the weekly knitting Zoom and they all told me to block it and see.  Of course, this worked.  Mr Clicky really likes it and doesn't seem to have taken it off since he has been home. 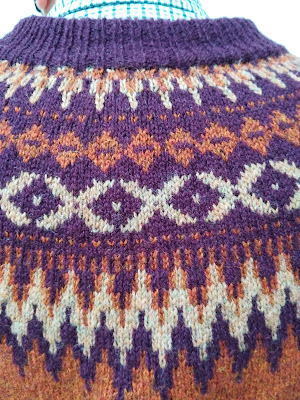 I have also made a Fabric Memory Game for Baby Needles.  I needed a zigzag stitch for this so I got Jessie out for the job; a Jones machine dating to the 1970s, which was pulled out of a skip by my very good friend.  She is a bit of a monster and I couldn't zigzag too fast as the table started to bounce! 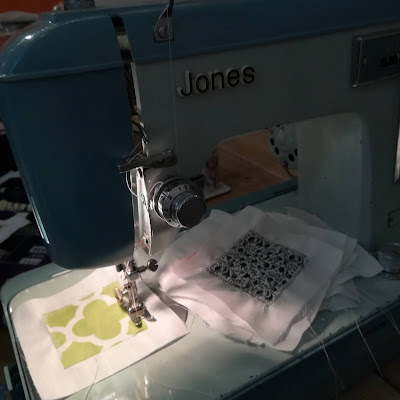 I used a tutorial from Apple Green Cottage which was quick and easy.

The game is a bit too old for Baby Needles at the moment but she likes turning them over and looking at the patterns. 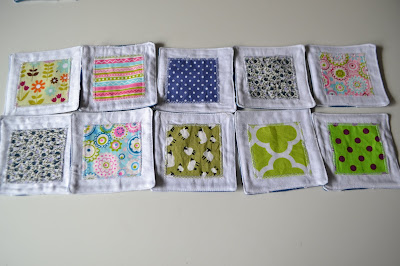 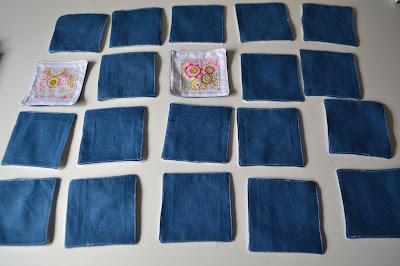 I finished off my Christmas embroidery hoop.  I found this on Etsy and just bought the printed fabric and used up some threads I already have. 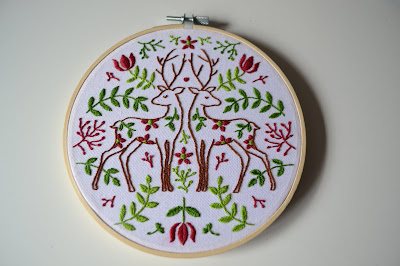 It was split stitch, leaf stitch and a few French Knots. 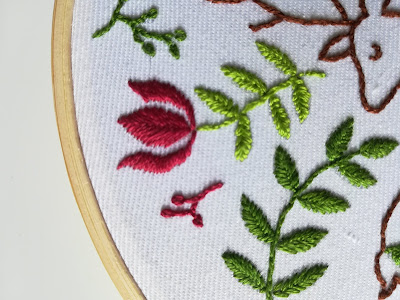 I also finished a garter stitch blanket for Baby Needles to keep her warm in her car seat. 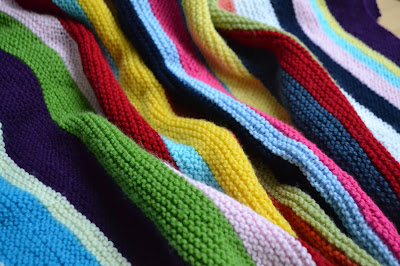 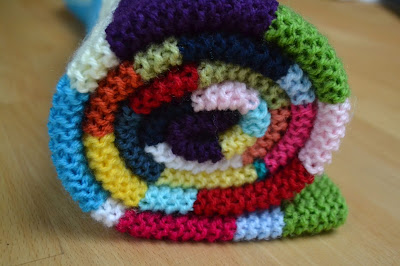 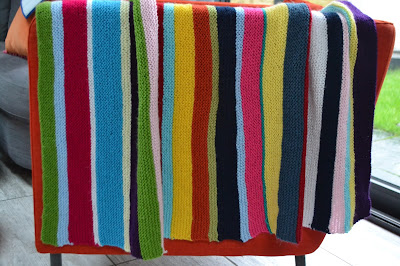 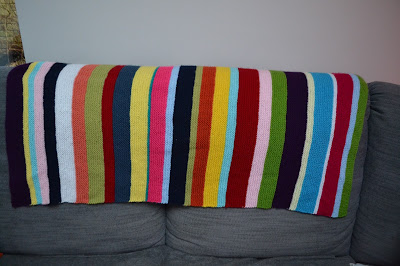 In other exciting news, me and Mr Clicky had our Covid vaccinations yesterday.  A super efficient system, we were in and out, within minutes happily sporting our stickers. 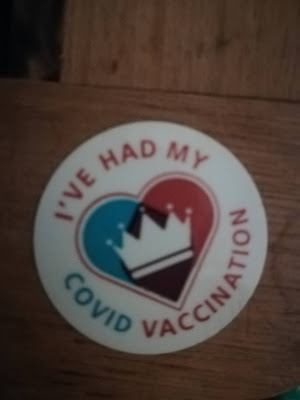 Today we are feeling a bit tired, so we're taking it easy.

I have sad news to tell you.

Our lovely, mad dog, Tipper was put to sleep last week.  He had a cancerous toe which was removed before Christmas successfully and he was just fine.  Unfortunately about a month ago he started licking his paw and it transpired that the cancer was back.  It was really aggressive and we had several trips to the vet to have his paw bandaged as it kept bleeding.  The option was to amputate his leg, or put him to sleep.  We decided as a family he wouldn't cope with a missing leg, so sadly, we took the other course of action. 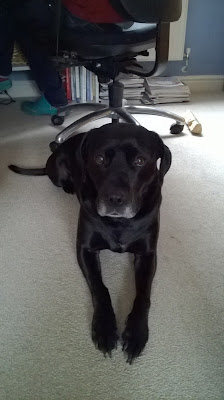 He was a Staffordshire Bull Terrier/Labrador cross and was 12 years old.  There was nothing he liked more than being tucked up in a bed under the covers, 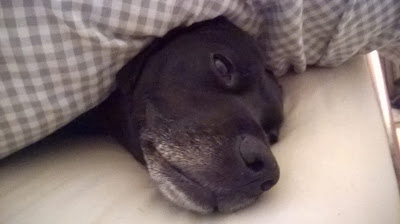 or finding a patch of sunshine to lie in. 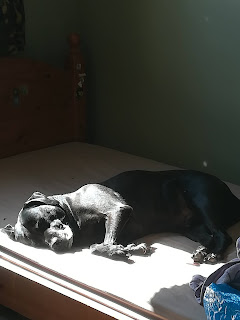 He did something everyday that made us laugh. 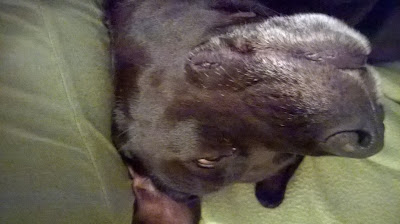 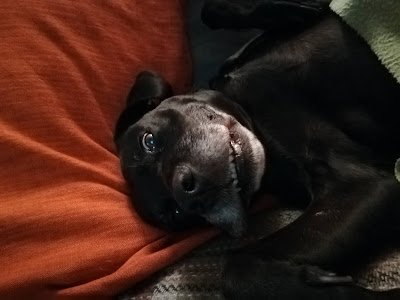 Thankfully Mr Clicky arrived back from America and had some time with him before he died. 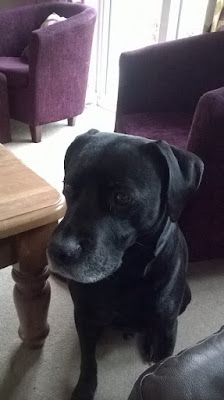 Link Up Party: Signs of Spring

Signs of spring are all around and they're making my heart sing.

Primroses are popping up everywhere in my garden, I love the delicate yellow, even though if you asked me, I'd say I don't really like yellow flowers. 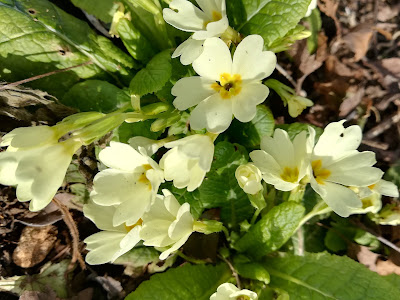 My other signs of spring, snowdrops. 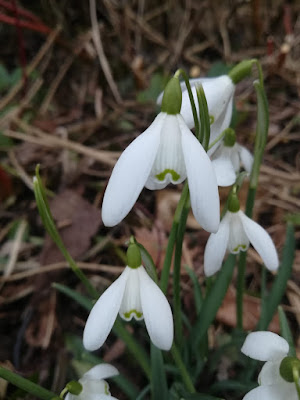 Although shoots are showing it is not warm here today.

I'm off to look at everyone else's signs of spring.    Thanks Kate for organising.