Sewing for the NHS

Well, I have definitely awol lately.  I spent my two weeks self isolating and decided that I would spend my time sewing for the NHS.  Sewists or sewers (not the underground sort) were asked to help make scrub bags, hats or scrubs themselves.  I set up my machines in the garden, the majority of sewing being done on my 1945 Singer 201 and any zigzagging done on the modern Brother.  I started off making laundry bags and some shocking pink scrub hats from old duvet covers. 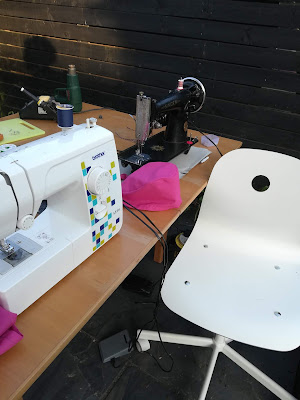 I then decided to make some of the much needed scrubs.  I was delivered a roll of black fabric and a pattern and set about cutting and making.  At this point I need to tell you that I have not made a garment for 20 years and I have never made trousers.  There was a lot of bad language and quite a bit of seam unpicking too but eventually I got three pairs of black scrubs made.  They took me a long time, all the seams were French Seamed as I haven't got an overlocker.  I got some tape for the waistband from Amazon, I went for bright. 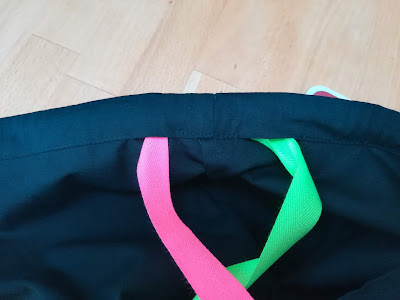 I popped a crochet heart in the pockets. 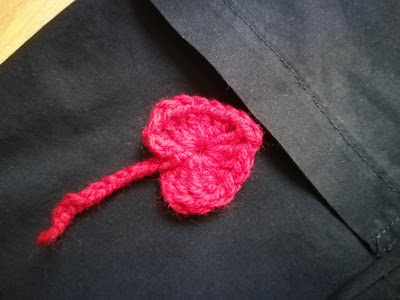 In the meantime more green pairs delivered to make too.  I found it to be hard, and less and less enjoyable. 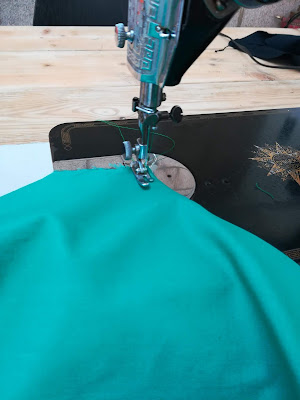 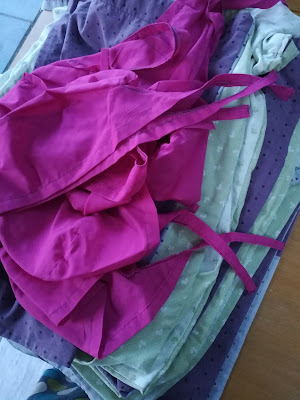 and 5 sets of scrubs.  They were collected today and will be given to people in the NHS that need them.  I have decided to leave the sewing to more experienced people than me.  I was pleased to think that I have helped out in the fight against this horrible virus in a very small way. 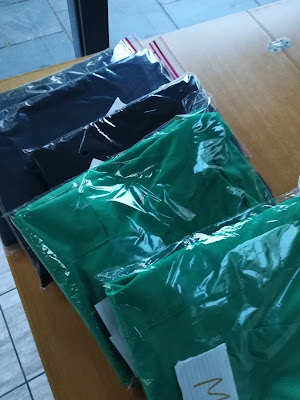 That's me for now, I'm off to read all the blogs I have missed out on over the last few weeks.

I arrived back in the UK in one piece.  As I suspected social distancing in both airports was pretty much non existent.  At O'Hare, the only flight out was to Heathrow, so I found a seat in the lounge well away from others.  Of course, people then came and sat in the spaces near to me.  I made sure I washed my hands frequently and tried to avoid others as much as possible, especially in queues.  It's a shame not all did this.   The crew on the plane had no masks or gloves so they were really vulnerable, an issue that has been hi-lighted on the news today.

Anyway, I am keeping at home, and away from Master Clicky, and so far, touch wood, I am fine.

Yesterday was a lovely day so I mowed the lawn, did some weeding and washed the patio and bistro set too.  After that I settled down with some lunch and a cup of tea to crochet a rainbow. 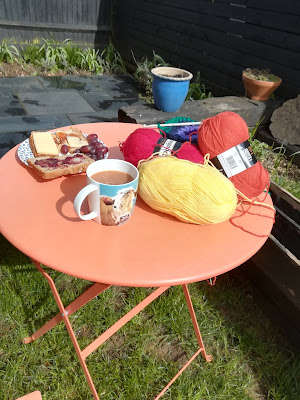 It's a pattern from Kerry Jane Designs and is circle folded in half and sewn over a piece of cardboard.  It is my window for all to see. 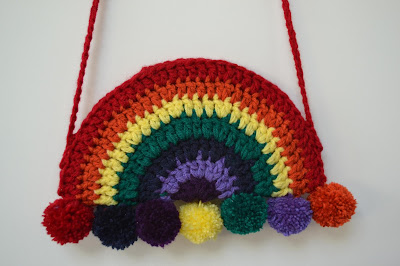 Our garden is in its first year after the remodelling last year.  It needs a lot more plants but that'll have to wait.  The primulas that I saved from the diggers are coming into bloom.

Firstly a self seeded cowslip that has popped up in the white border.   I'll let it flower and then move it somewhere else. 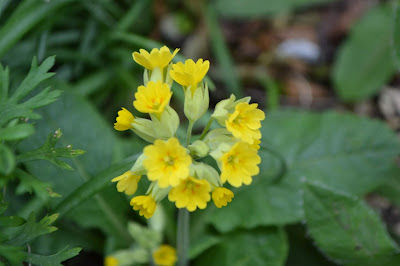 What I would consider to be 'ordinary' primroses.... 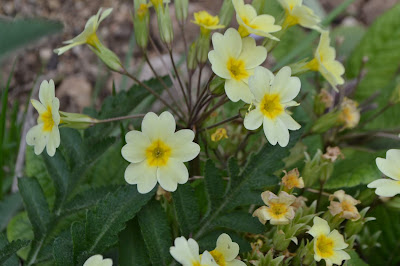 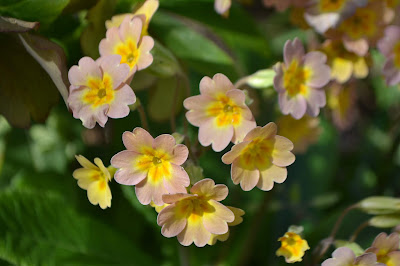 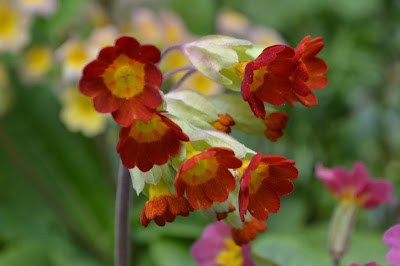 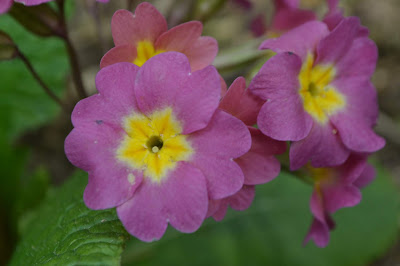 and a lovely auricula which my Mum and Dad grew from seed. 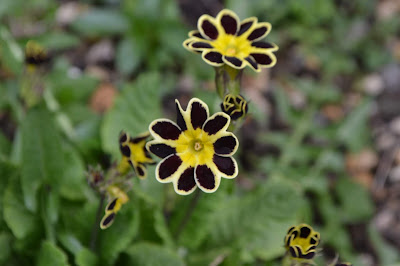 Also flowering is a pretty Brunnera (perennial Forget-Me-Knot) ~ I love the variegated leaves, 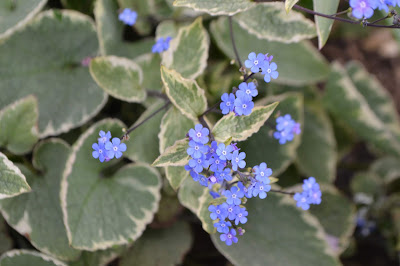 and a lime green Euphorbia which also came from Mum and Dad's last year.  I love the contrast with the black fence. 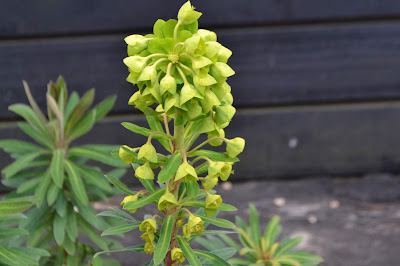 When I arrived home, food indoors was a bit scarce.  Master Clicky is an on-line food shopper and when the lockdown came was unable to get a home delivery slot.  Consequently he hadn't been shopping for a few weeks.  After much nagging from me he finally went to the supermarket but didn't really come home with a 'mum' shop, think more cakes and chocolate and you'd be there.  He forgot eggs and I have trying to get him to get some ever since.  I mentioned this to my neighbour as we were talking; me upstairs and her in her garden as she was hanging her washing out, and she very kindly put some on my doorstep.

Lastly some news on the iPad.  I emailed (again) customer services at the airline and explained that we had phoned the number given but no-one answered.  This assistant was very helpful, unlike the other, and she managed to get in touch with the O'Hare manager, who confirmed that they did indeed have it and even sent a picture!  It is now waiting to be collected.  I am so pleased, although when I'll actually have it back is anybody's guess.

That's me for now, tomorrow is predicted to be warm and sunny, so I'll be in the garden.