I'm very pleased to tell you that we survived our school residential trip.  Most of the children tried most of the activities.  We have been windsurfing (a real hit), climbing, abseiling, kayaking down the River Avon,  fencing,  team work and cooperation games, singing songs around the campfire, transporting water filled balloons in boxes without bursting, eating great food and mostly laughing.   We had one or two a bit homesick but we were so busy the others forgot about home.  They were much fun and a pleasure to be with.

When I arrived back the first thing I did was to have a bath, you know the thing, lots of bubbles, with my inflatable bath pillow, I got so relaxed I feel asleep and woke up floating, the strangest feeling.

The bank holiday weekend found me mainly in my favourite place in the garden on my steamer chair with some knitting and a mug of tea. 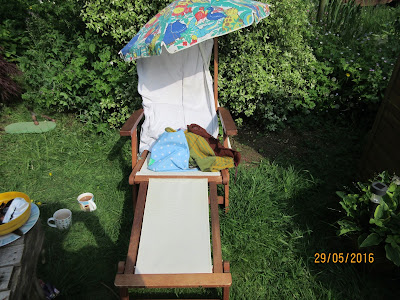 The alliums around me are looking stunning.  I never tire of them. 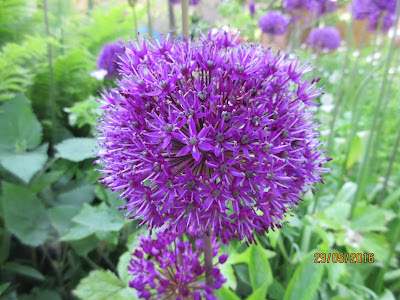 I've picked up the collar on my Driftwood jumper, which is nearly finished but when I pulled it out of the project bag.... 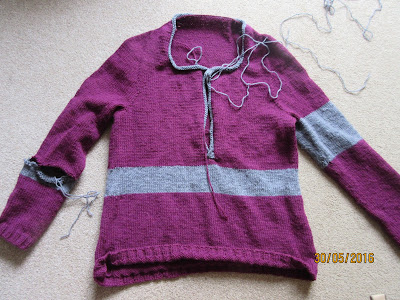 .......this happened.  I suspect the grey yarn which has been in my stash for quite sometime has had an attack of the moths.  Consequently the jumper and the spare yarn has all gone on the freezer which should kill off anybody still lurking.  How annoying. 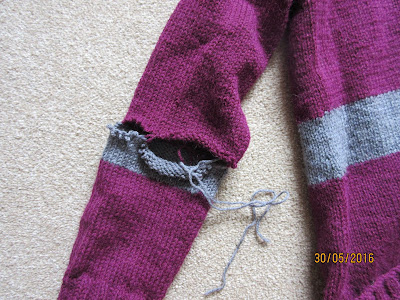 Whilst it's chilling, I'm carrying on with my ravello top which probably looks the same as the last time I showed you.  I ripped back all the ginger yarn and some of the stripes because it was too big.  So I'm reknitting. *sigh*  It's my own fault I really should follow the pattern instead of thinking I know better.

Mr Clicky is away in Chicago again so I'm having quiet half term.  Might get my sewing machine out tomorrow.

Today we visited the beautiful Cotswold town of Burford and had a lovely lunch and catch up with our friends from London.
It is a lovely place and that Cotswold stone, oh!  I was rather pleased with myself that I got a break in the (constant) traffic to get the pic. 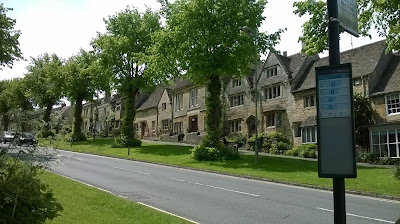 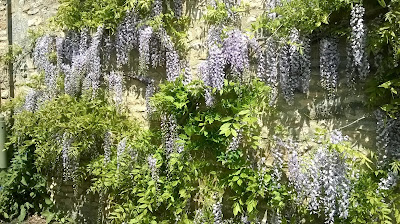 I love the milk churns outside the cheese shop.

We bought a sofa in a charity shop for our french house and that went back to London with our friends.  Happy times.

Tomorrow I'm off on a school residential with a bunch to 10-11 year olds.  For some it will be their first time away from home.
There will be kayaking, high ropes, archery etc.
What could possibly go wrong?

Have a wonderful week.

You know how it is.

You come home from a week of SATs testing at school. The kids performed brilliantly but the teachers are scratchy.  When on playground duty you can't be bothered to use your superhuman negotiating skills to calm down playground squabbles and yell "Oh why can't you just be NICE TO EACH OTHER."

When you get home the sun is shining and a grey, squashy parcel awaits you.

There's a glimpse of yarny loveliness.   It's from Woolwarehouse.  Drops sale. 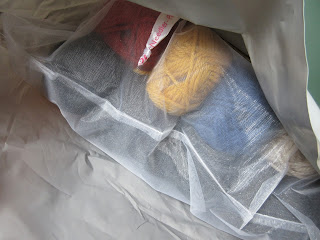 You get the yarn out and play with it.  Make it into pretty patterns.
Like this. 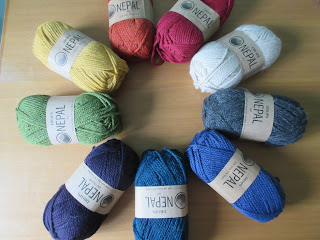 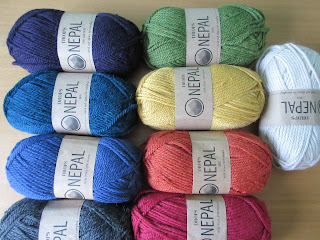 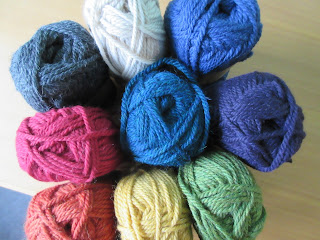 You squash it, put it against your neck to feel alpacaery softness.  Smell it, (don't judge me, we all do it.)  Look at the pattern you have in mind, try to resist casting on and exhale deeply.

Bryan Adams at The Genting Arena

I was lucky enough to see Bryan Adams last Saturday.  There is a story involved so I must tell you.  I was watching the New Year celebrations on the BBC ~ on my own, Mr Clicky had given up and gone to bed at 10.30 ~ when Bryan Adams came on stage.  I'd seen him in back in the day ~ 25 years ago ~ twice, and he is a brilliant performer so I thought I'd have a look on line for concert tickets.  There were about a dozen tickets left at The Genting Arena, NEC.   I got 3 seats next to each other, saw the New Year in, and went to bed an excited bunny.

I then needed to find two other people to go with me.  Mr Clicky wasn't too bothered so the next option was to delve into my past and find some old friends to go with.  Actually it wasn't too difficult, I got in touch with the two people I had gone with before.  My friend C that I have known since I was in playgroup and another friend R; we spent our early 20s together, before we had families and responsibilities, getting each into and out of scrapes and generally having a good laugh.

I contacted them, we met up, had a whale of a time and looked forward to the concert.    The Monday before the concert I had a very annoyed phone call from R.  He is a lifelong Cheltenham Town Football supporter and they have just won the National League and will be promoted to The Football League.  The match on Saturday should have been finished before the concert and we could go on after.  He really wanted to go as the Trophy was being presented in front of the home fans.  Even though the match was not televised BT Sport decided that they wanted the match played at 5.30pm, too late to get to the concert.  I started phoning everybody I could think of to take the ticket but they were all busy.  It looked like just the two of us going.

The next day I was minding my own business next to the crisps in Tesco, when I heard a voice behind me.  It was another friend from the same gang of friends from 25 years ago.  After we picked ourselves up off the floor ~ not seen her since our wedding ~ we got nattering and she was free Saturday.  The spare ticket was taken!

The journey up the motorway was taken up with three girls chattering about the past.
We were on the banking but had a fabulous view. 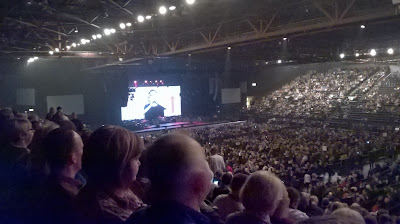 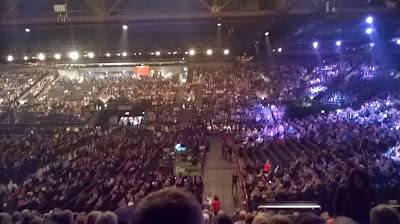 Bryan Adams is amazing performer.  His voice is still brilliant and his guitar playing even better than I remember.   The last time I went to a concert and we needed to light things up, we used cigarette lighters! today, it's a phone.  How things have changed. 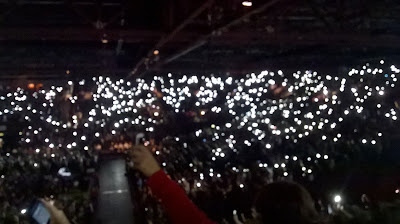 We had a wonderful, if slightly surreal time, with lots of boogieing and loads of singing, although you couldn't hear us as Bryan Adams was so much louder.