I've had a bit of a bloggy break of late, we've been busy trying to get the building work finished and Mr Clicky and me went to Chicago.  His company has an office about an hour's drive north of the city, he had some work to do there and as it was the start the summer holidays I went too.

We flew from T5 at Heathrow.  After checking in we took the lift down two floors ~  not one floor that puts you on a train ~ and onto the moving walkway that is completely deserted. 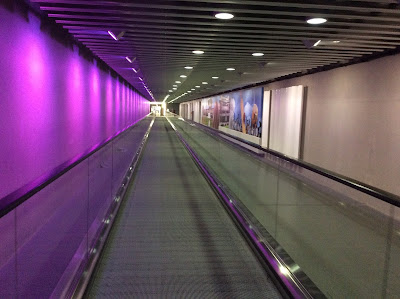 Mr Clicky is a frequent flyer so we were able to have a spot of breakfast in the business lounge away from the crowds. 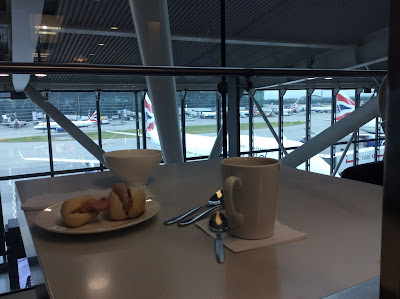 Whilst waiting for our flight, I did some knitting and playing on my iPad   very important businessy things. 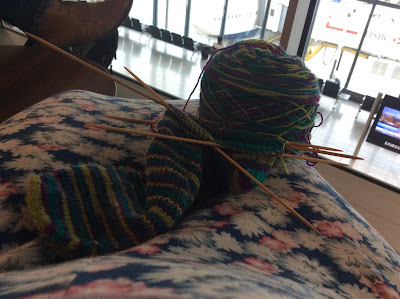 After an uneventful flight we picked up our hire car, which was a loooong way from home 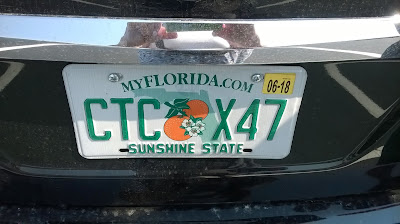 and checked in to the businessy Holiday Inn. 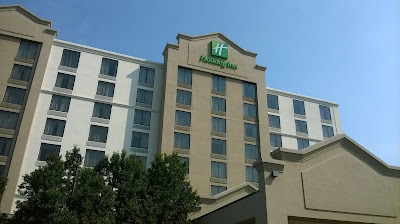 Mr Clicky had to go to work a few days, so I stayed in the hotel, knitted and watched The Crown on Netflix ~  no hardship.  Although he visits the US a lot with work, for me it was my first time so I was keen to explore the local towns.
We went into St Charles which is on the Fox River.  There had been storms and the river was very high and really loud by this weir. 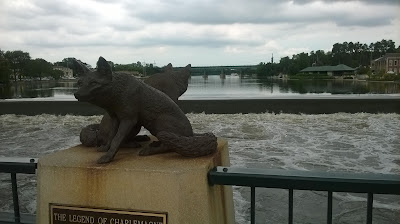 We walked alongside for a while, this Prairie Planting is there to try and stop the banks being washed away. 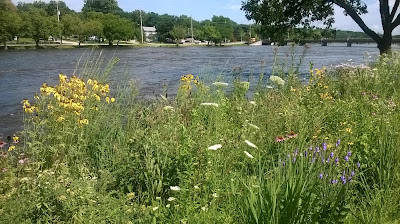 Unfortunately we could go no further as the river was so high it had flooded the path.  So we turned back into town. 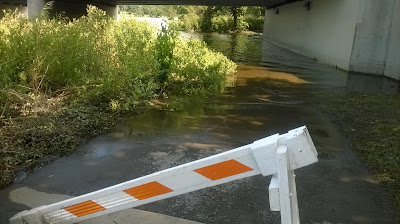 We had an ice-cream to cool down ~ it was 28 degrees ~ and came across a lovely yarn shop.  What are the chances?  It is called Wool and Company and as you can see was jolly nice. 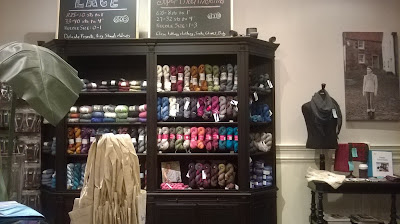 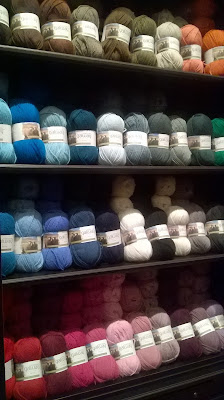 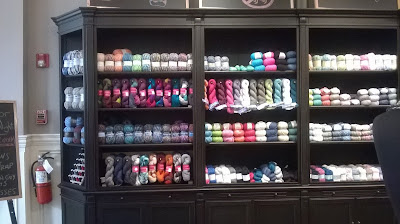 I came out with a really squishy sock yarn, well, it would have been rude not to.  It is certainly too good for socks so I think it might be a shawl. 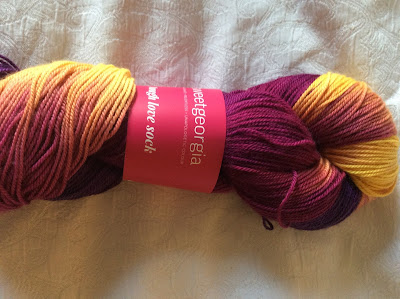 Next time I'll show you our day in Chicago City.