School had broken up and we have two weeks off.  Easter holidays are the perfect length of time, time to relax and time to get stuff done.  I have a mental list of things I want to do, the usuals, gardening, painting, sorting and of course, knitting, sewing and crochet.

The weather is very spring-like, one day rainy nastiness, one day sunshine.  On the sun shiny days Tipper the dog sits by the door and whines, and when he been let out, finds the sunniest spot outside soaking it up. 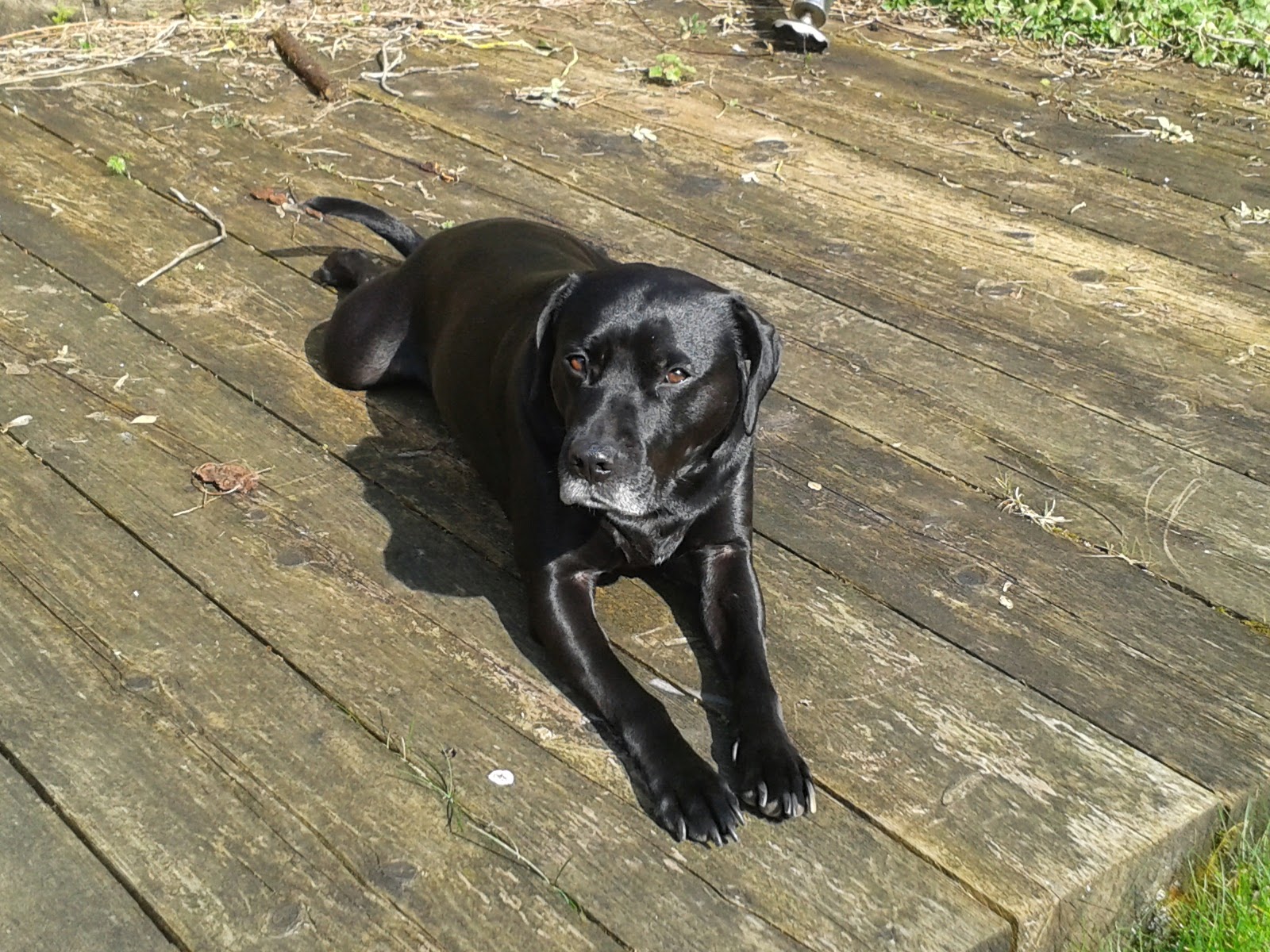 Yesterday when Mr Clicky took Tipper for a walk it started to rain, which turned quickly into a hail storm.  The dog turned around and headed for home followed by Mr Clicky.

Miss Clicky bought me two little pots of bulbs for Mother's Day.
One of my favourite, Iris Reticulata 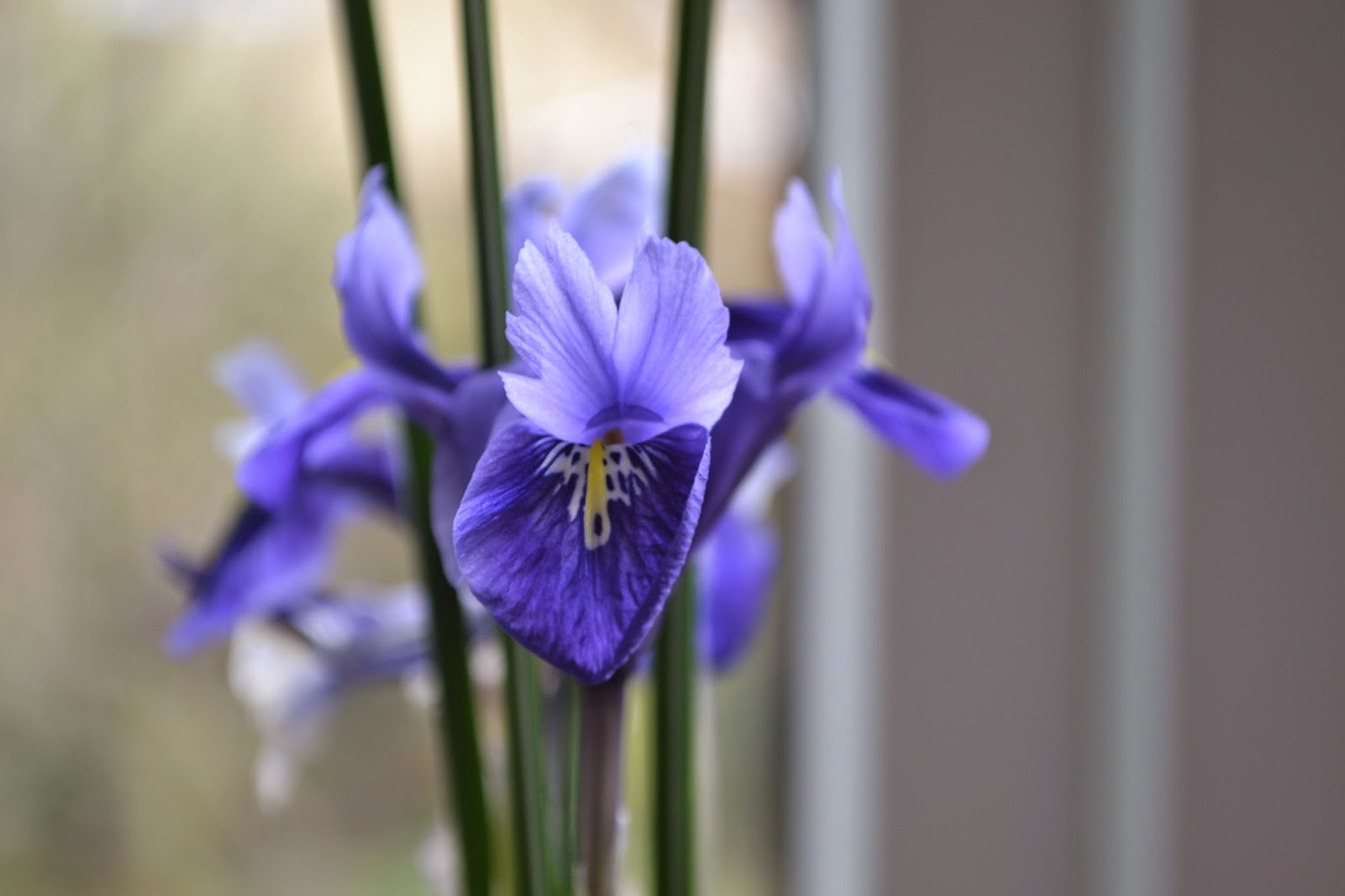 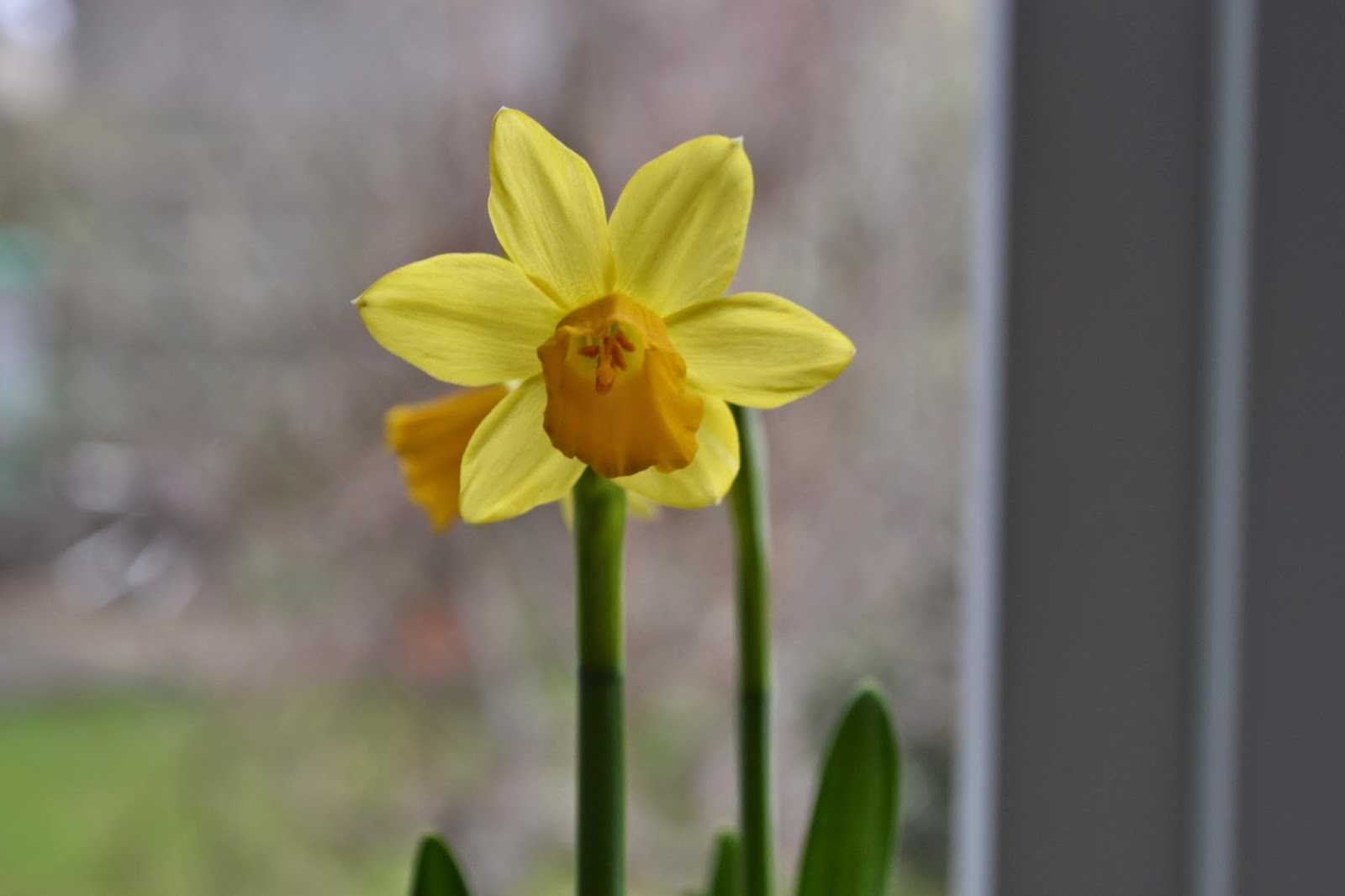 She's also brought some bargain pineapples home from work (25p!) and I thought I'd have a go at growing them.  I've never managed it in the past so I had a quick google.  Apparently you need to twist the top off before you cut your pineapple up.  This leaves a good bit of stalk, strip off the bottom leaves and then suspend over water. 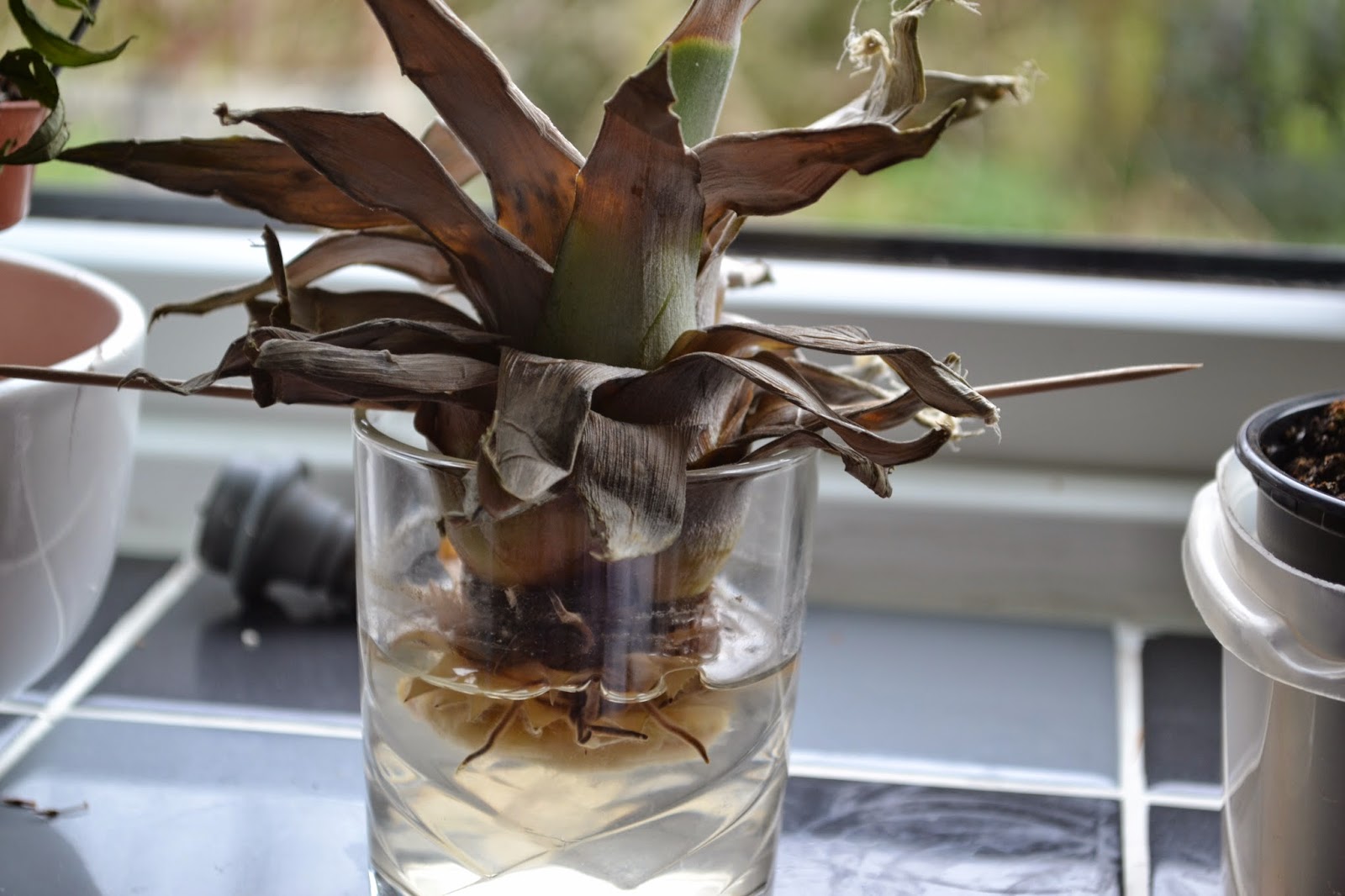 After a little bit roots appear. 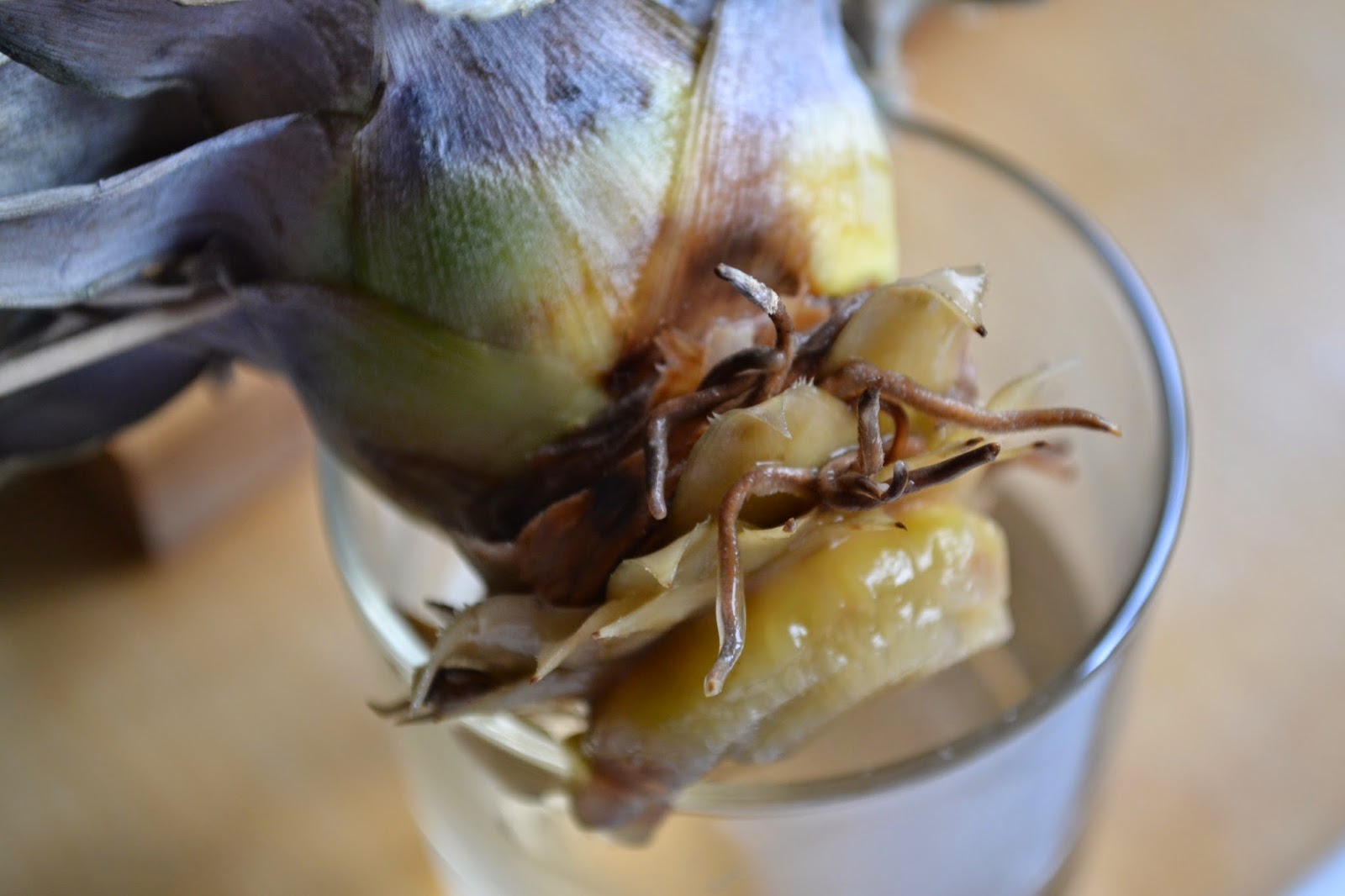 I've now potted it up into compost.  It doesn't look pretty now I've cut the dead leaves off and there is only one left but I am hopeful that one day it will look like a pineapple. 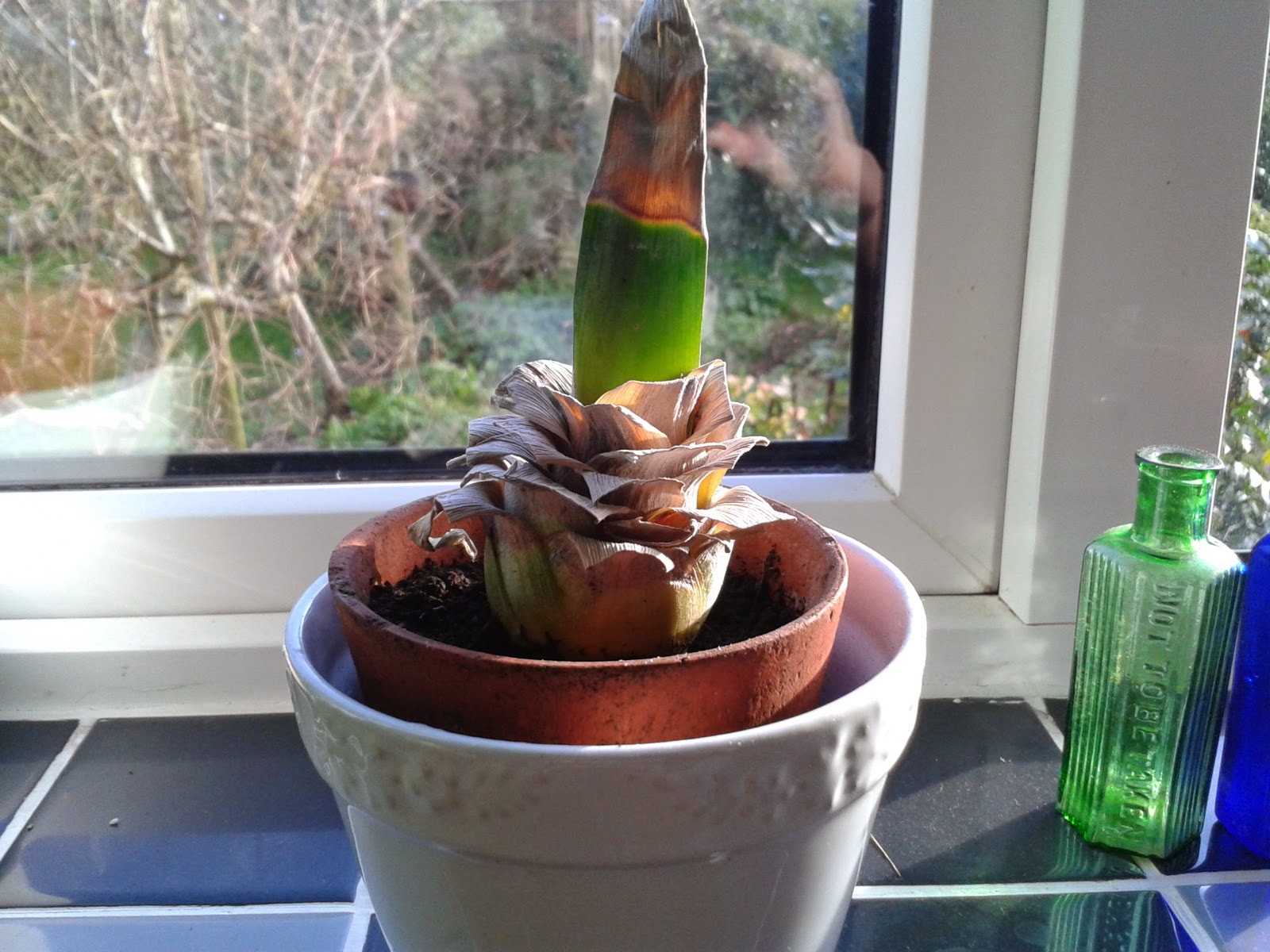 It was two of my old friends birthday's this week. When I say old friends, our daughters' are all 20 now and we met at our local playgroup.  They both had 4 children, I just stuck to the 2 and, when they were smaller they spent lots of time together while us mums drank tea and nattered.  As the children have grown up we see each other less, but we try and meet every few months.
I decided not to buy the usual pot of daffodils/primroses and make them each a bag instead.  I used the lovely birdie print fabric I got off eBay a little while ago. 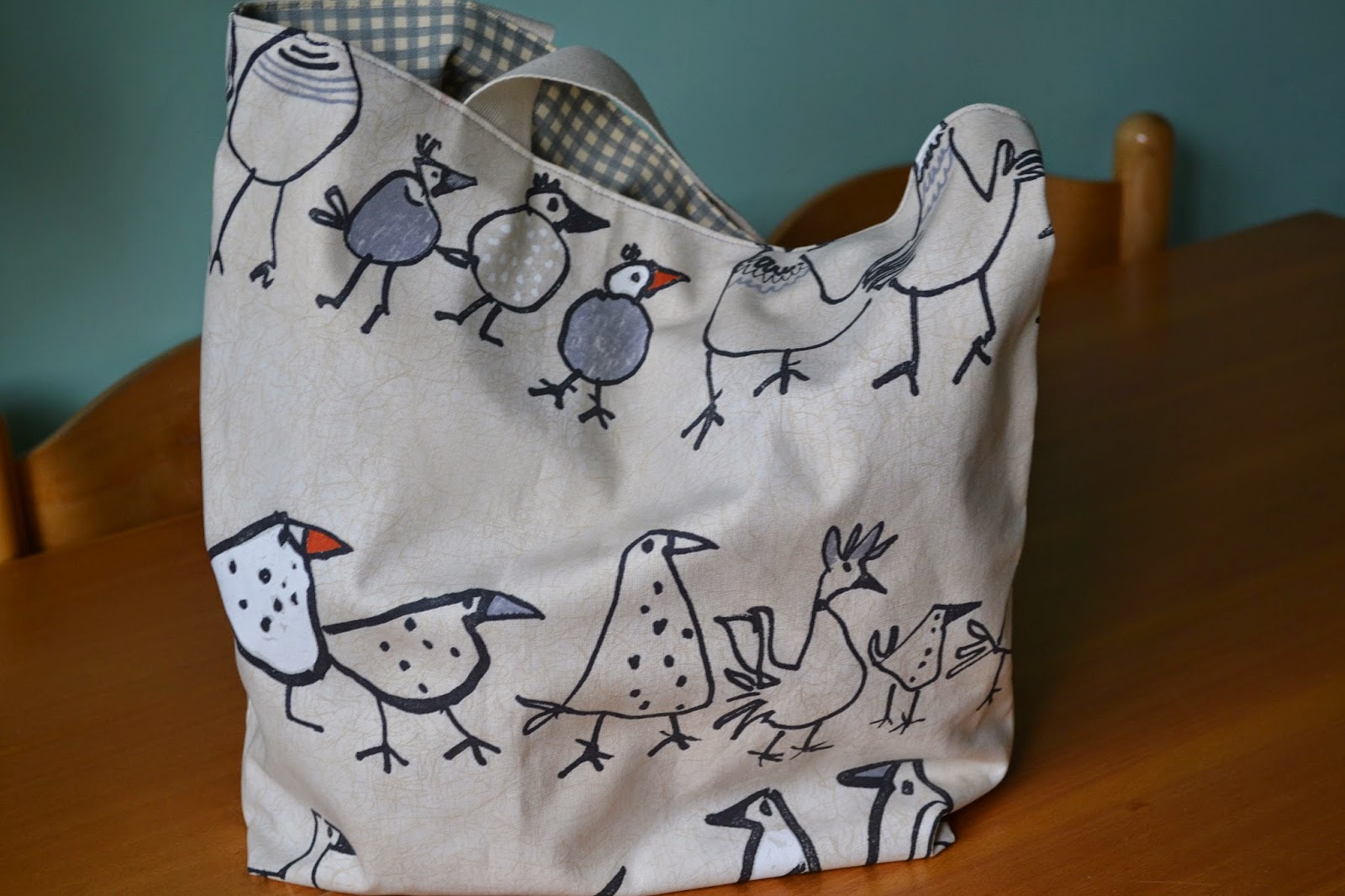 This time the bags went much more smoothly.  No pins stuck inside and I even cut the selvedge off! 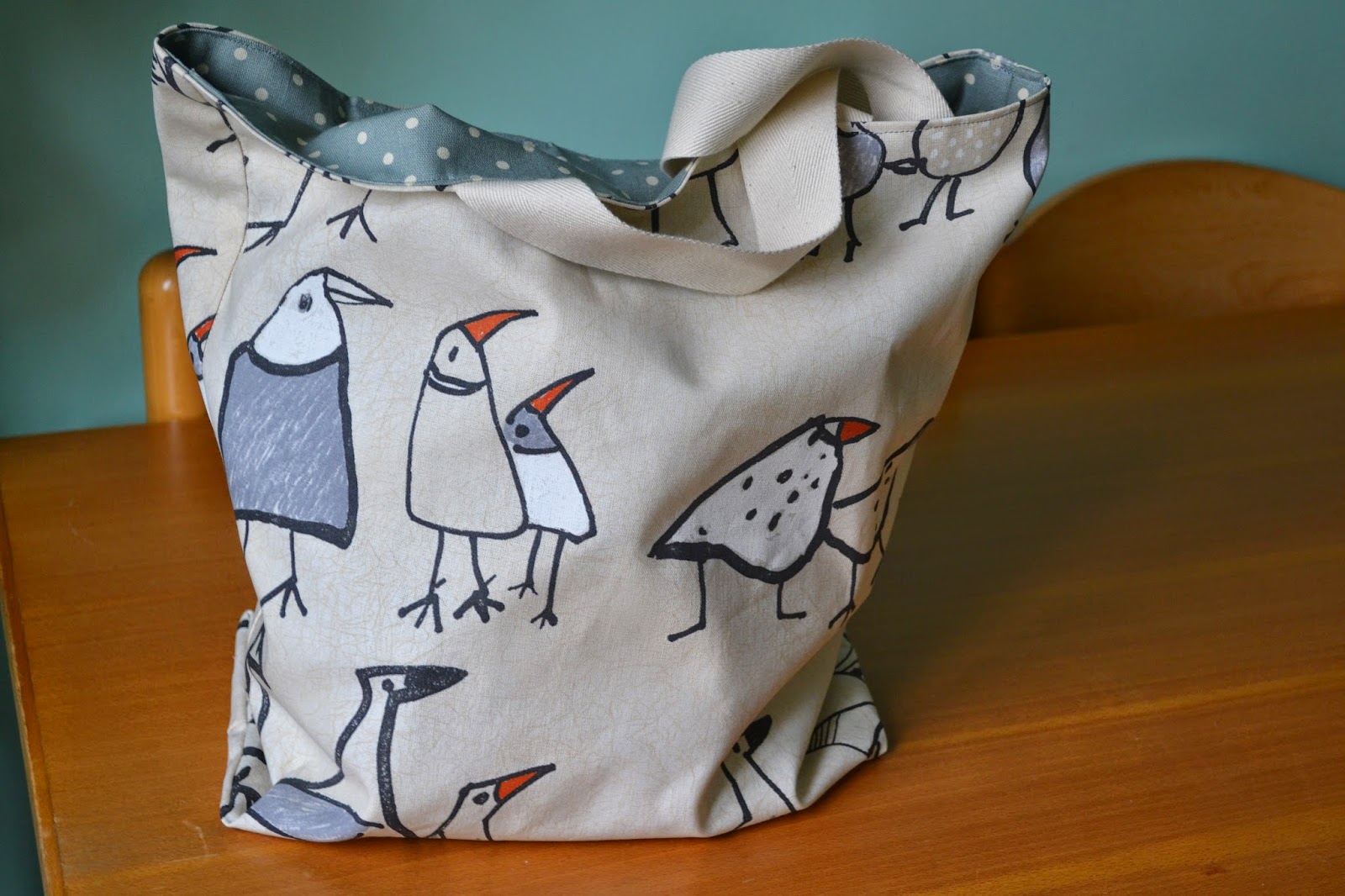 I had to buy some more lining material as I didn't have enough. 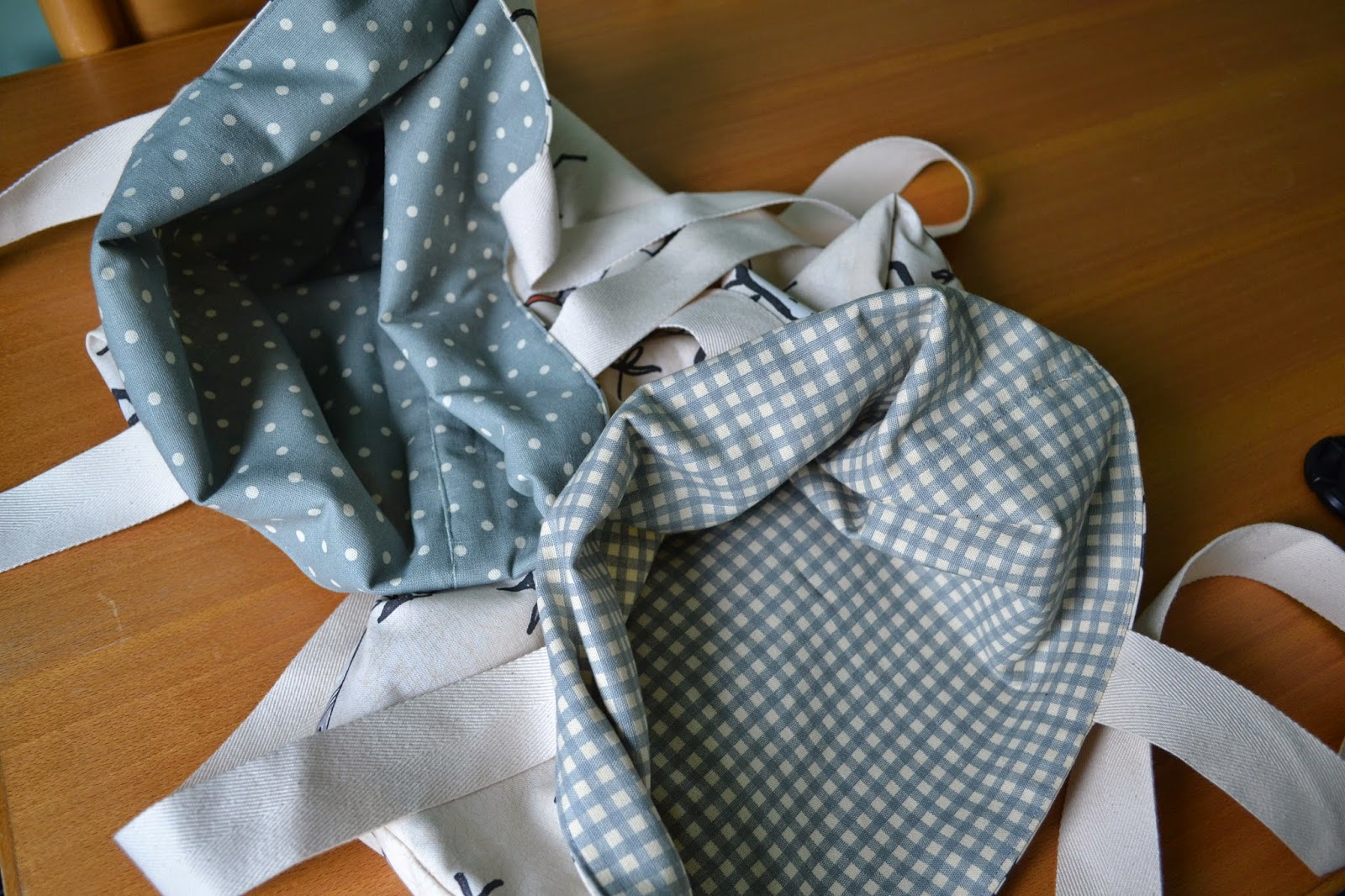 I was very pleased with the result, and, as it turns out, so were they.  We had a meal out in a local pub, and caught up. 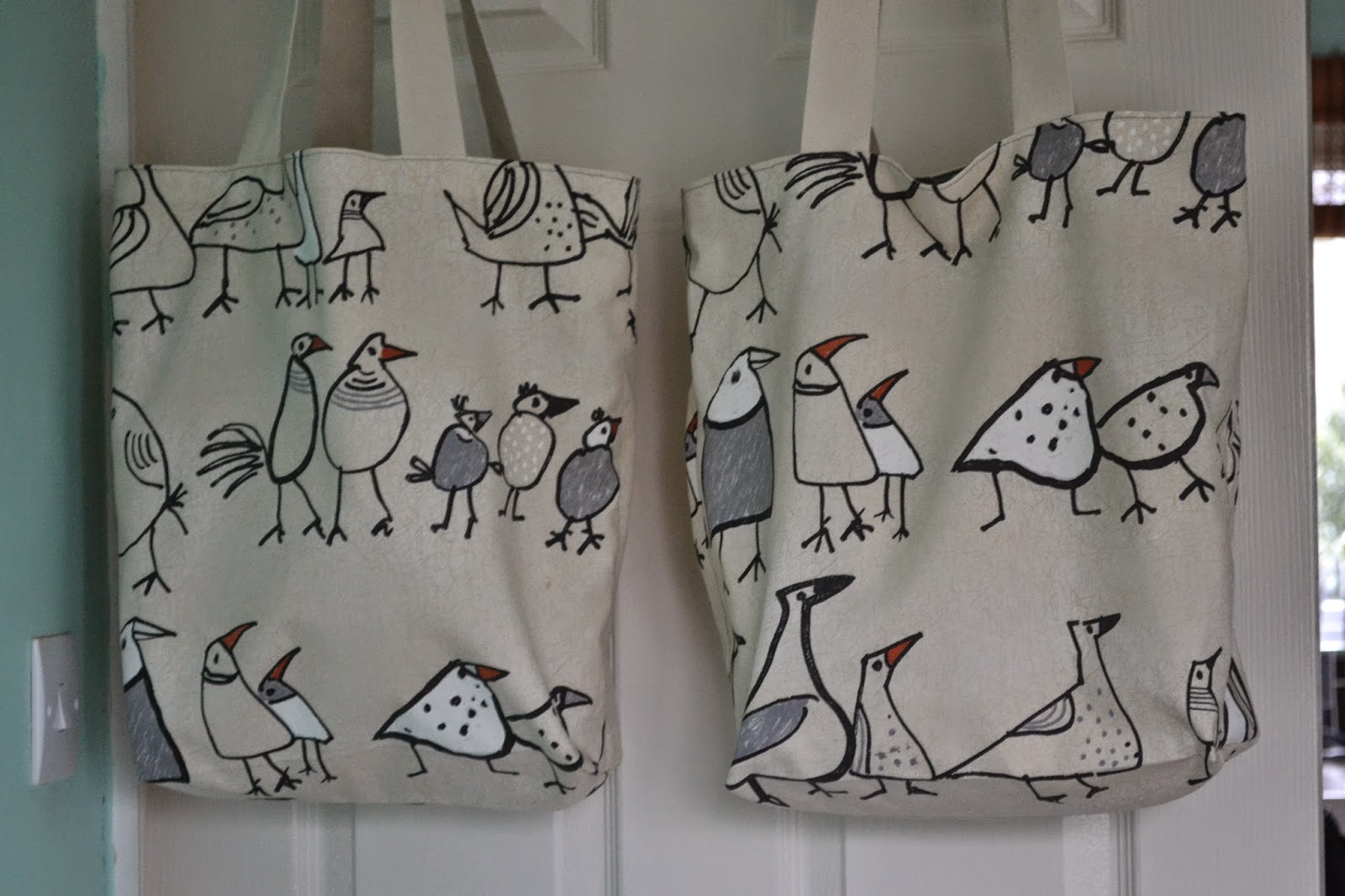 Mr Clicky bought me some daffodils last week, and the young girl who served him told him to put sugar in the water.  She said they had done experiments in school ~ I told you she was young ~ and they lasted longer.  I've heard of putting lemonade in vases but I never have any.  Now, I wouldn't usually worry too much about a £1.00 bunch of daffs but I thought I'd give it a go.  Not only have they lasted longer they are standing more upright as well.  When I mentioned this to Master Clicky he said, 'Of course they will Mum, you're giving them food,' and even finished off his sentence with a duh.  That told me then. 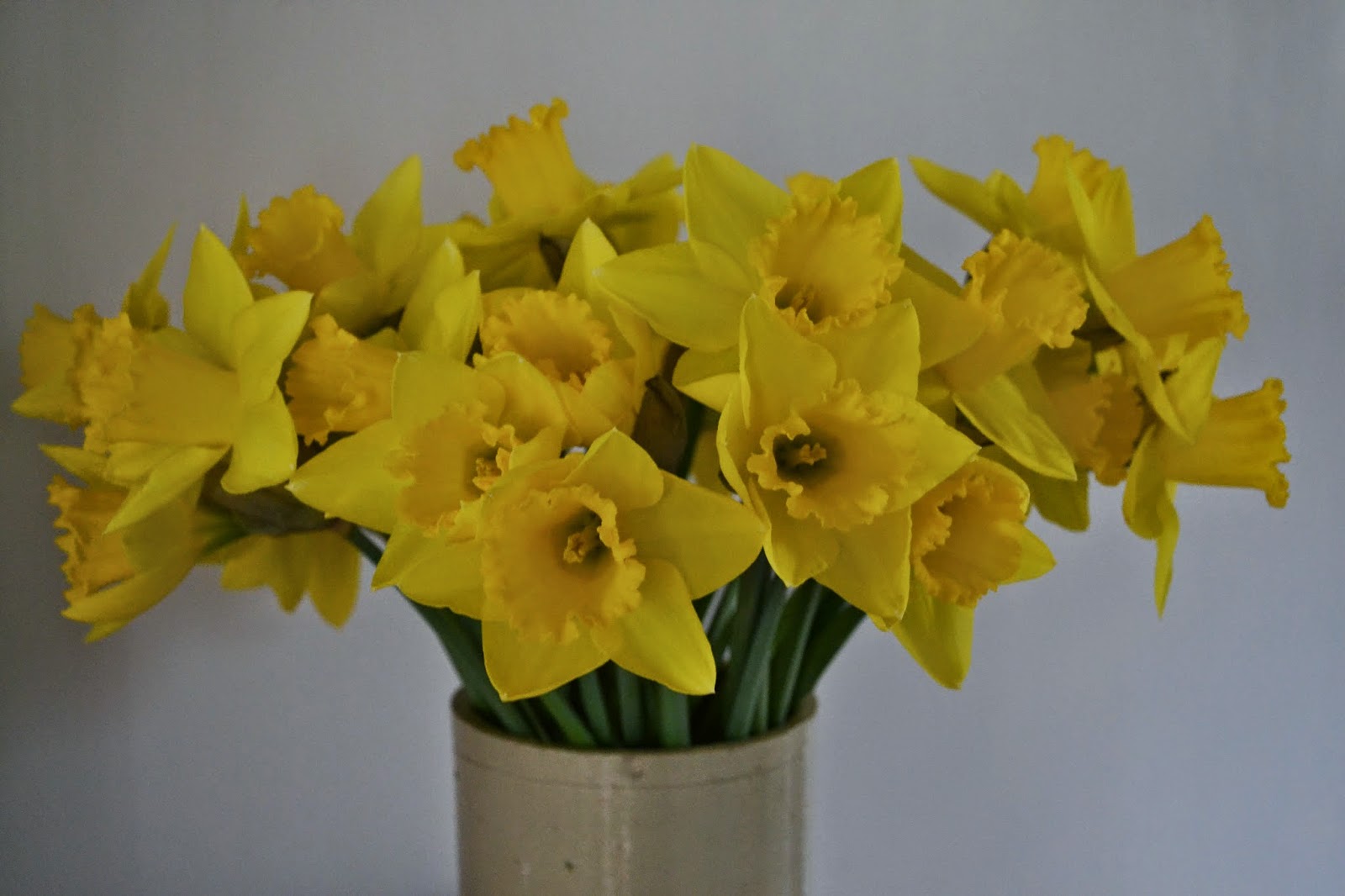 Right, I'm off to watch Master Clicky play rugby, I am wearing long johns, thermal vest and two pairs of socks, I don't like getting cold!

See you soon, and you never know there may be progress on my Caramel Cardigan.

Spring is on it's way

My lurgy got the better of me in the end and I got antibiotics from the doctor.  I'm happy to report I'm back to normal, but what is normal?  I came across this quote this week, which sums it up quite well I think.
"I tried being normal, but that was boring, so I went back to being me."

School wise, our Yr 5/6 class had a trip to Weston-Super-Mare Pier to look at tourism and have a fun day.  It was sunny but very blustery when we got there, more importantly the tide was in.  If you don't know Weston is also called Weston-Super-Mud.  It is on the very tidal Bristol Channel.  When the tide is out, beyond the sandy beach it is pretty much mud.  The tide can rise and fall as much as 14.5m making the second most tidal beach in the world.
There was a fire in 2008 which completely destroyed the pavillion at the end and it was rebuilt and opened in 2010. 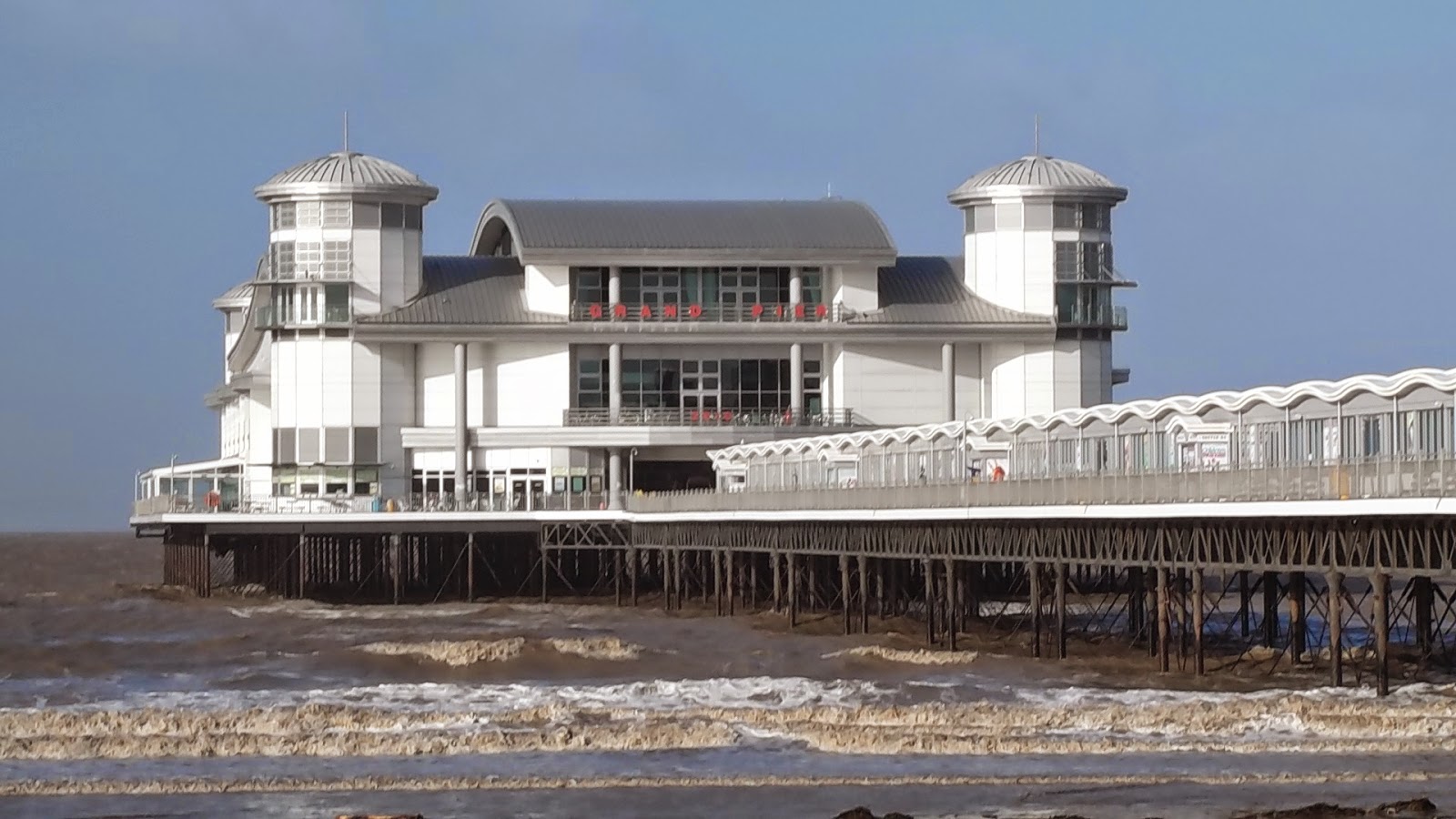 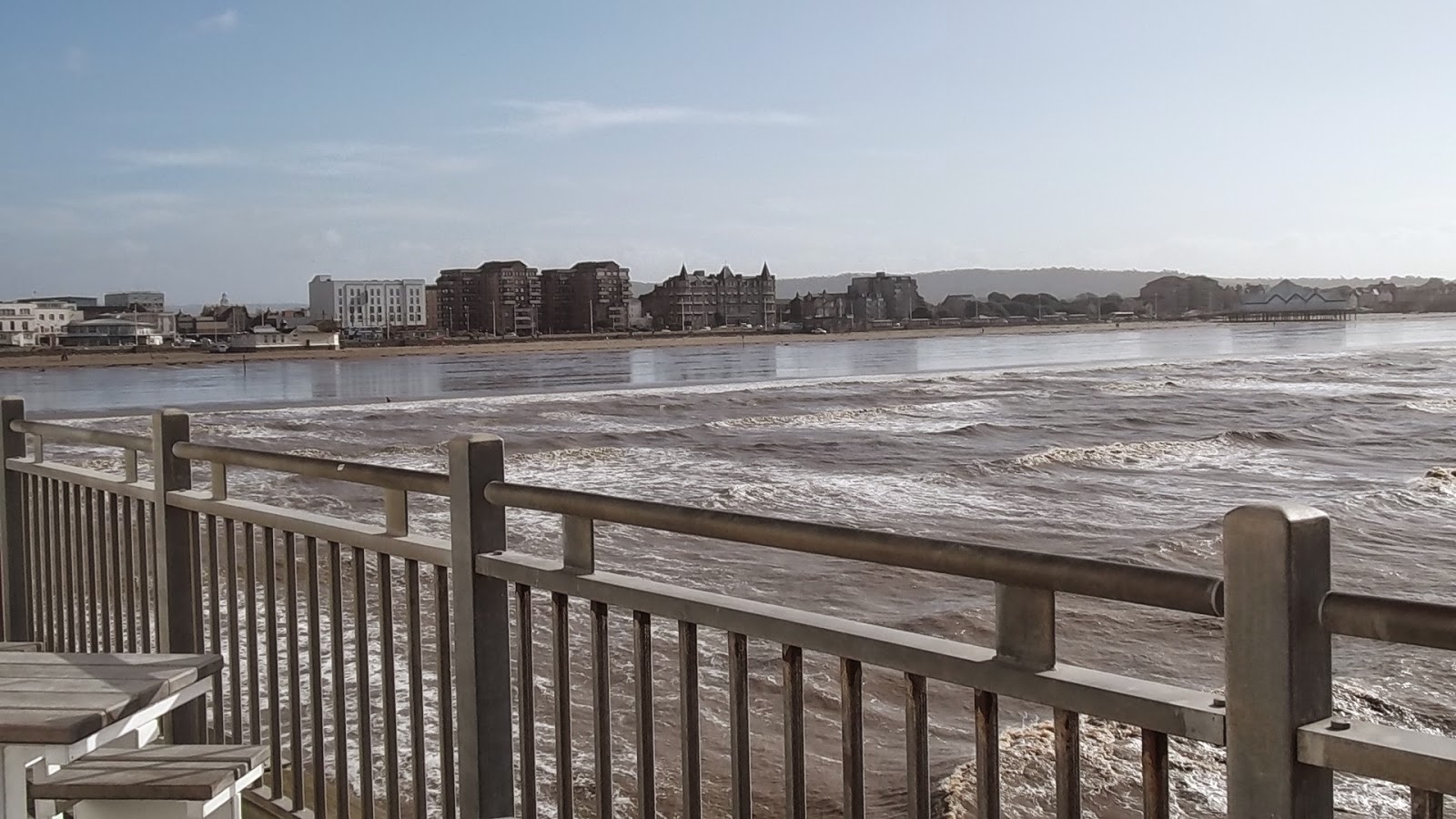 I'm not all that happy about being able to see the sea through the slats!  With the wind the waves were really crashing in. 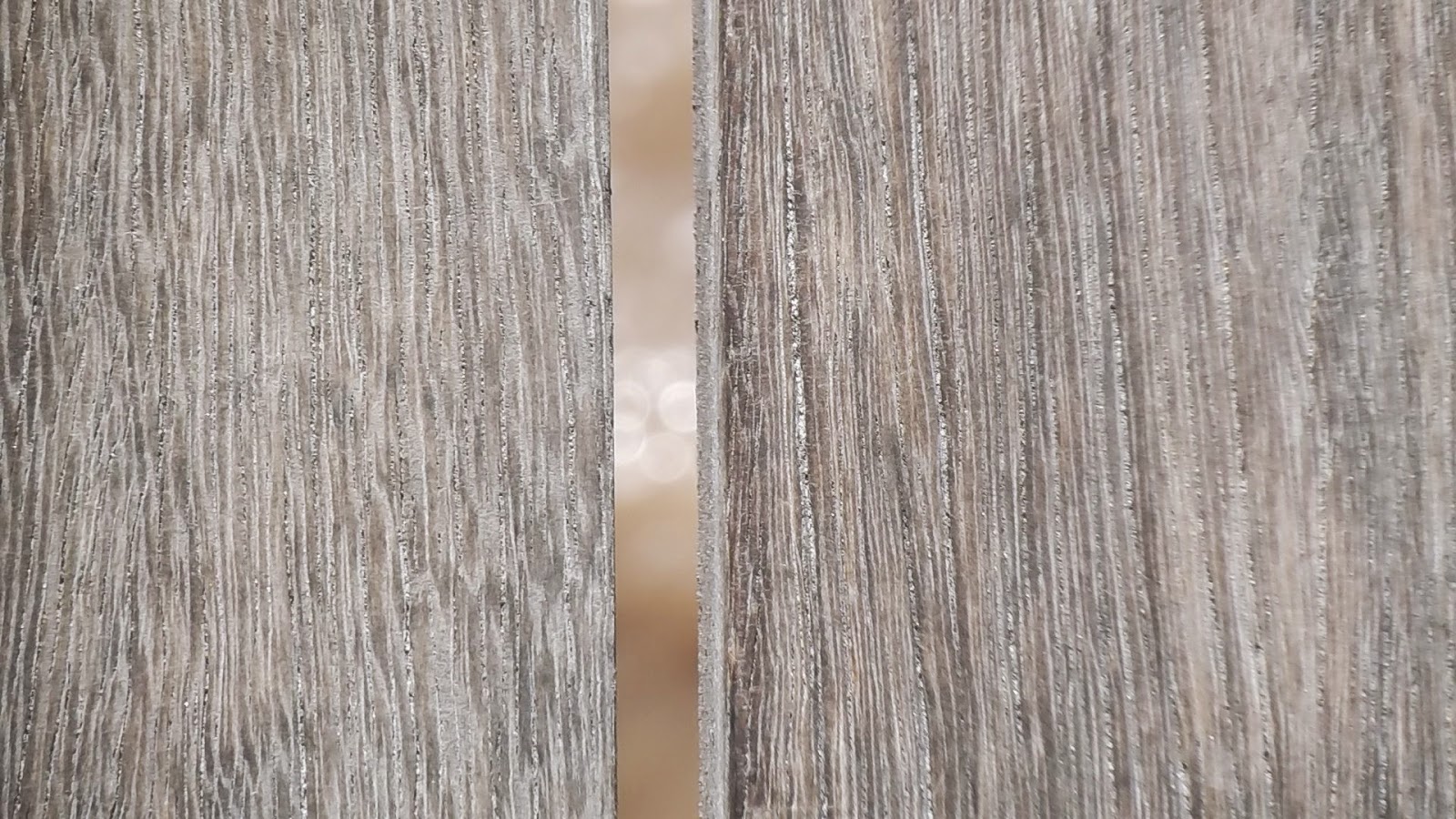 The kids had a great time, we went into the 4D Cinema, which was a new experience for me, we saw a Nemo type short film and got sprayed with water in the face, but were ok as we had 3D glasses on! 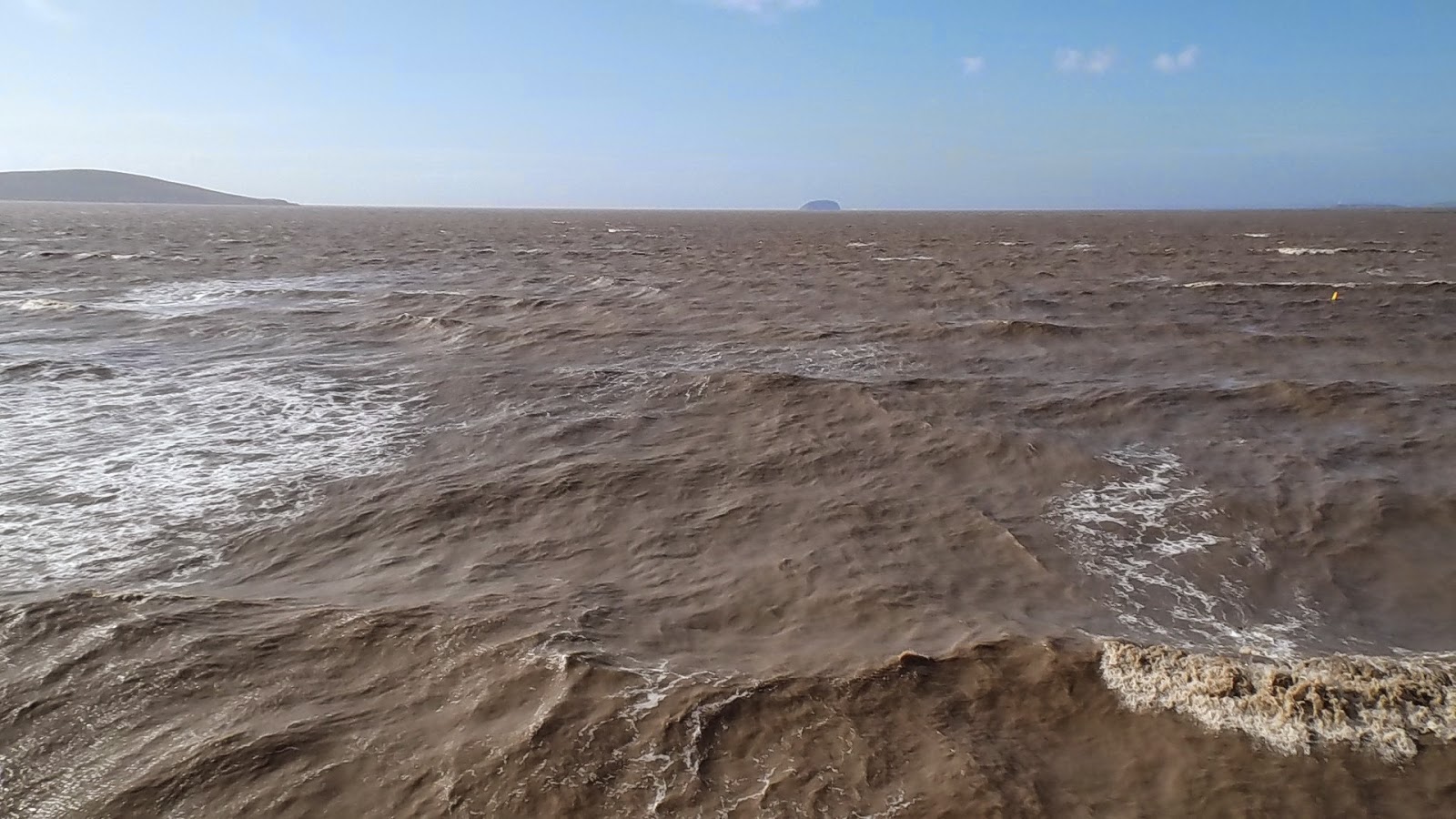 Spring is on it's way, evenings are lighter and I have put my first load of washing on the line this year.    Yaay! 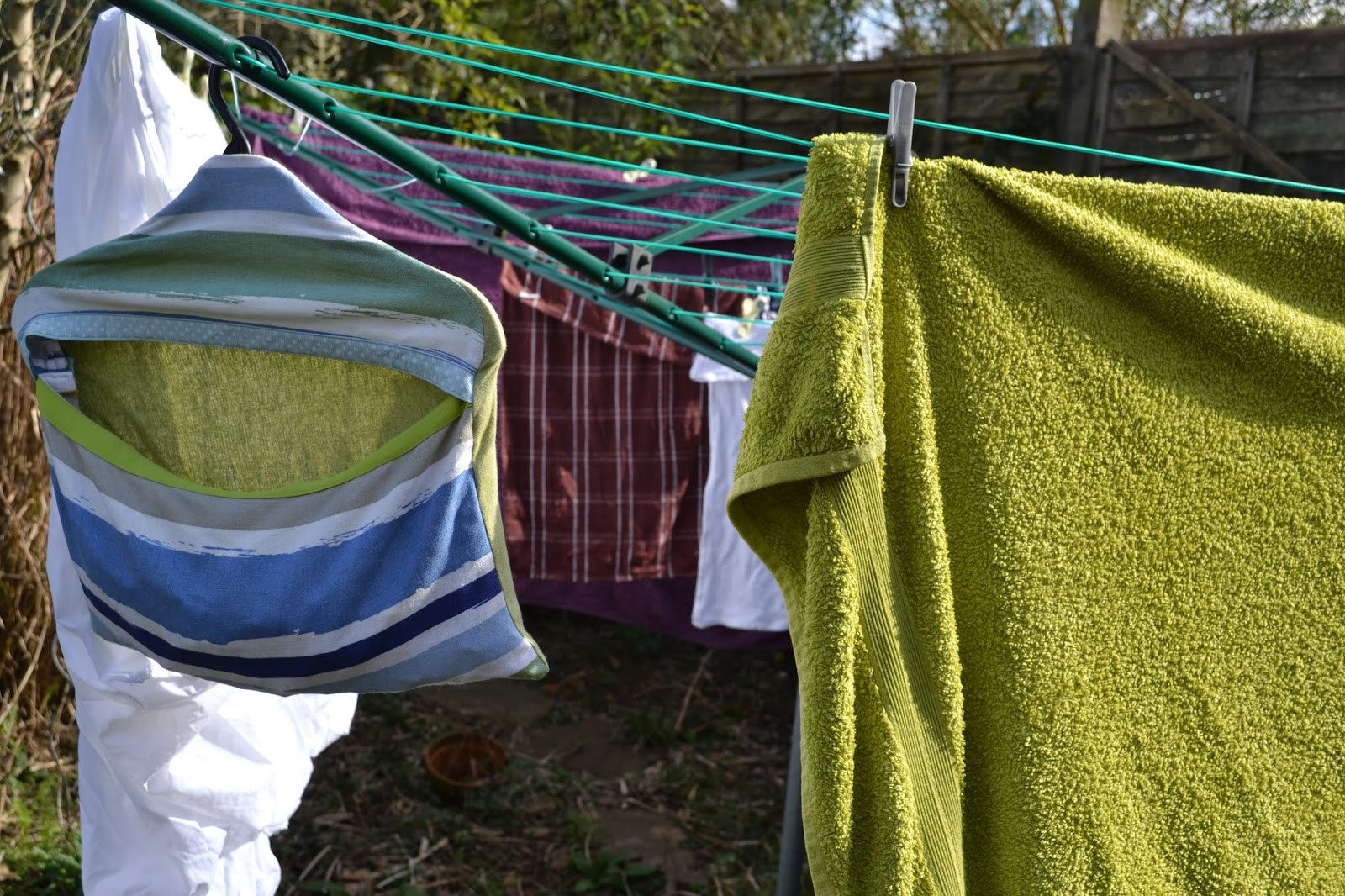 The snowdrops are out.... 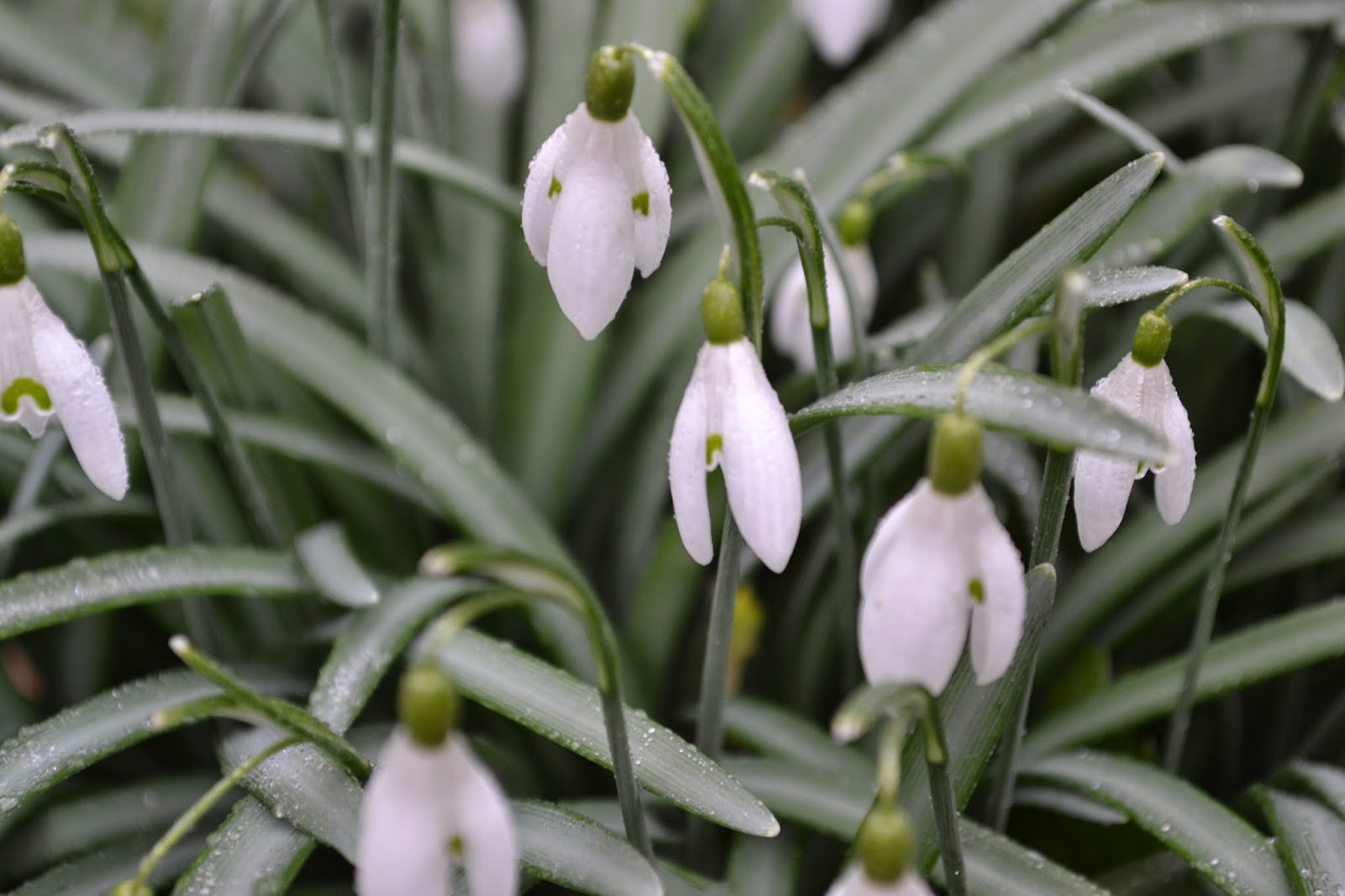 and I have lots of hellebores flowering. 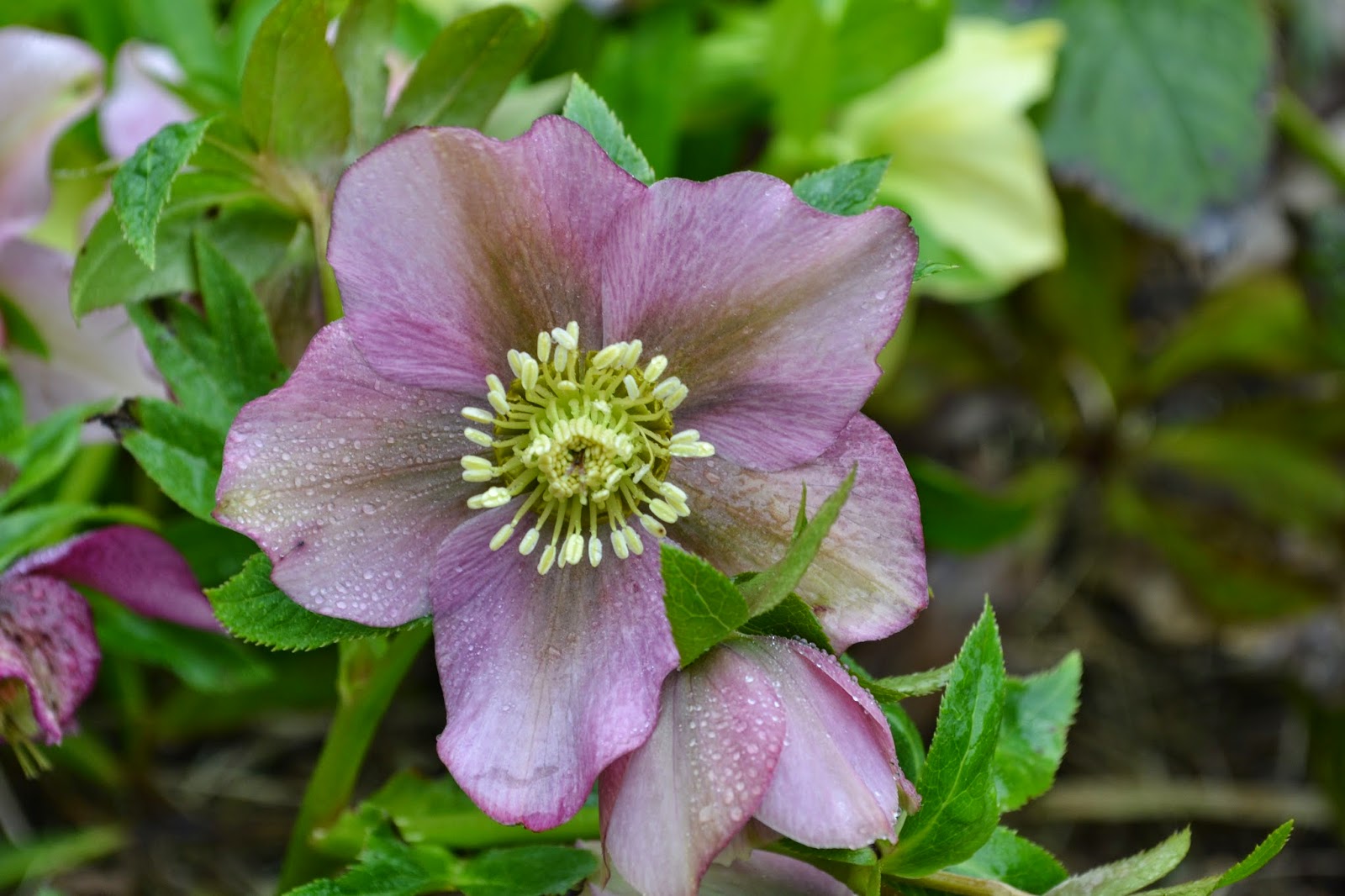 And I have two things getting me excited this week.
Mr Clicky suggested we change our Ikea Poang chairs.  They've done us well, we've had them 10 years and they've had several different covers.  I gave them away on Freegle to a young couple who were starting off together, so they'll still be put to good use :-). 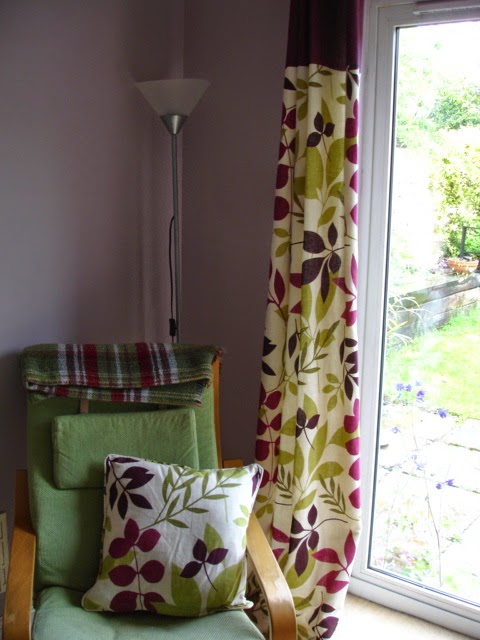 We had a look around an came up with two tub chairs ~ and a footstool ~ from Dunelm.  I'm very pleased with them.  They go with the curtains, are very comfy, are much more compact and more importantly, I can knit in them! 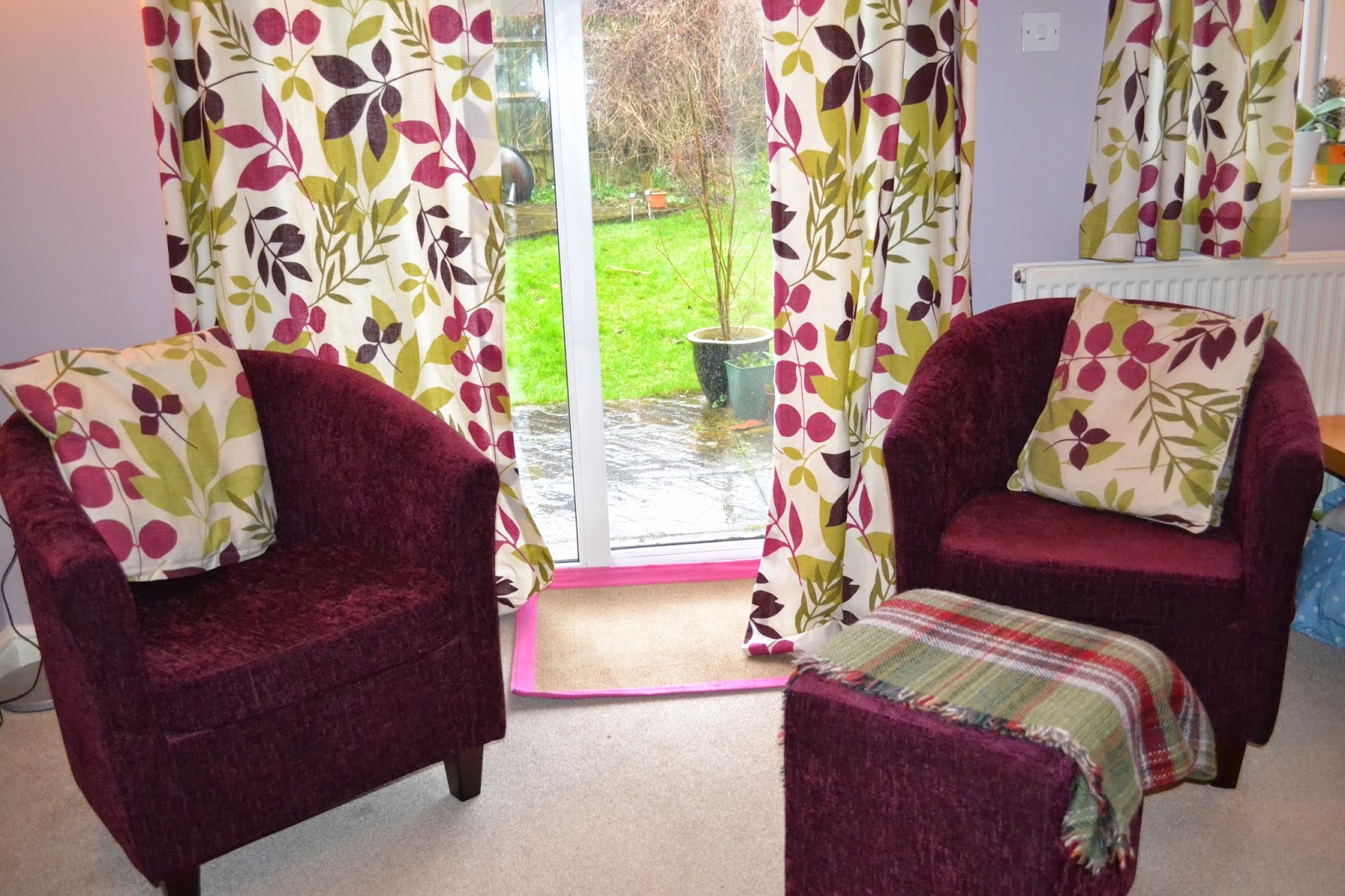 The other thing making me happy is a bread maker, I'm late to the party on this one I know. 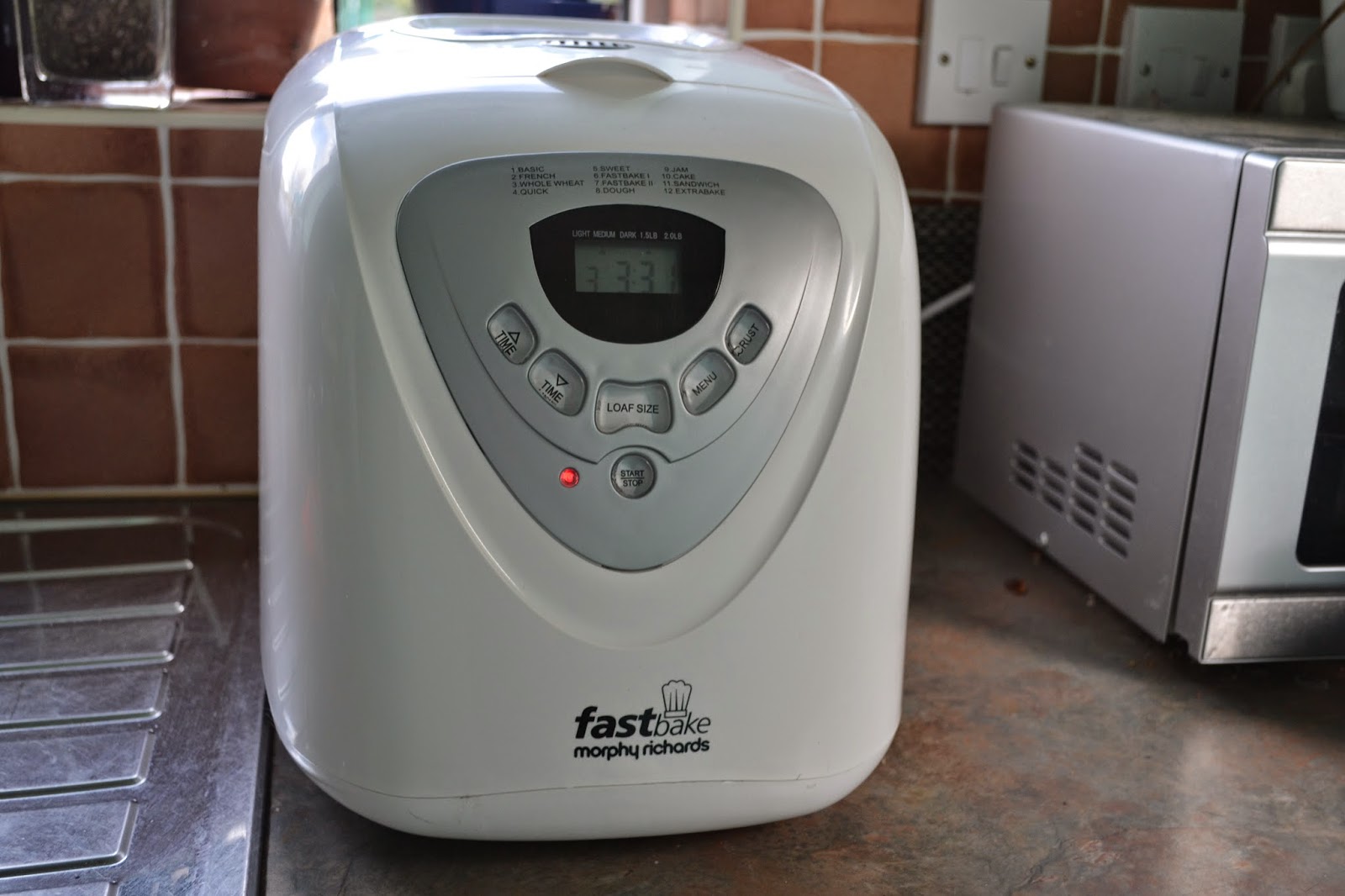 We've made a variety of loaves, the granary and wholemeal being the nicest I think.  It takes a lot of effort from me not to lift the lid and give the mixture a stir, but leave it I must. 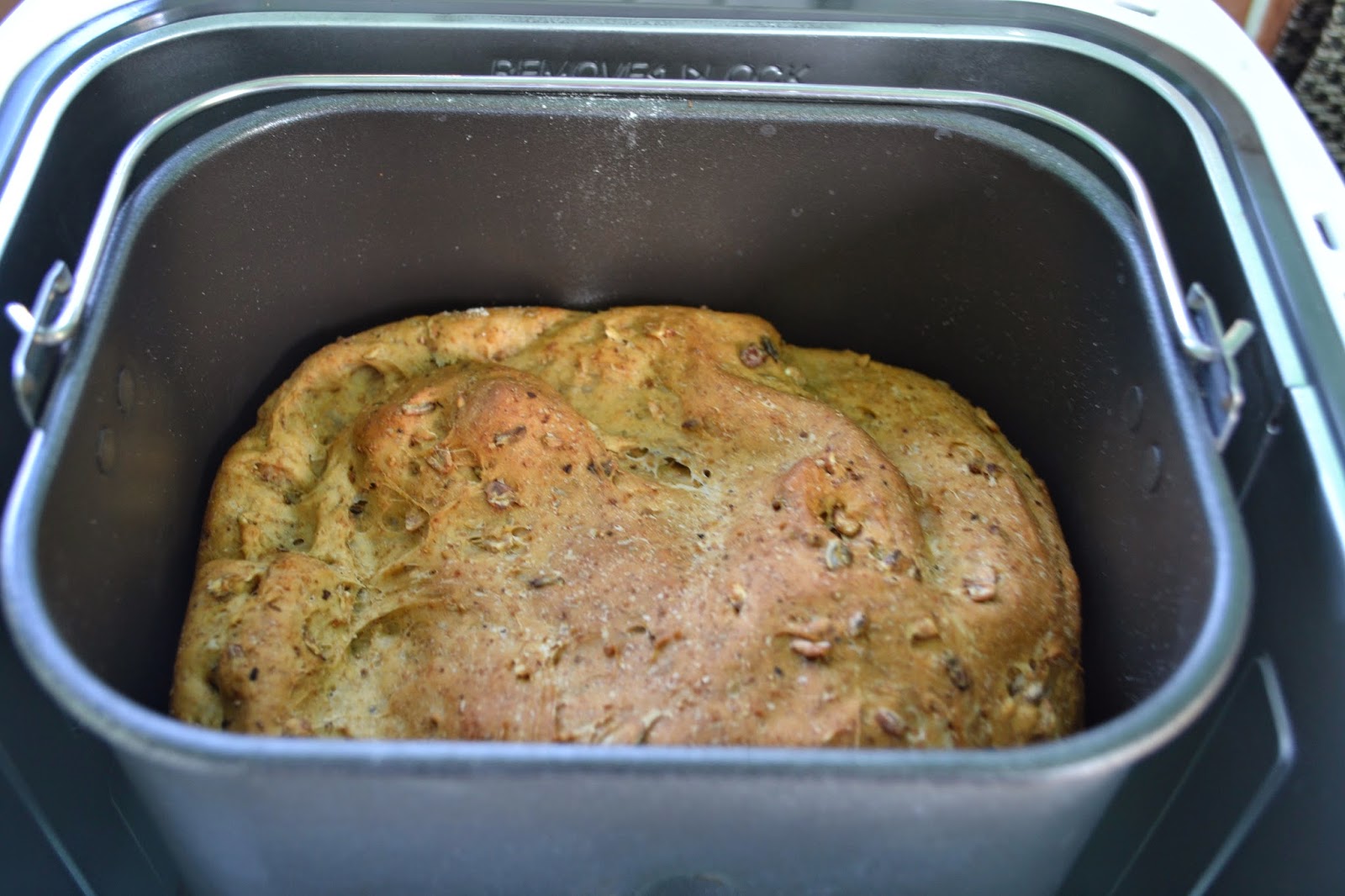 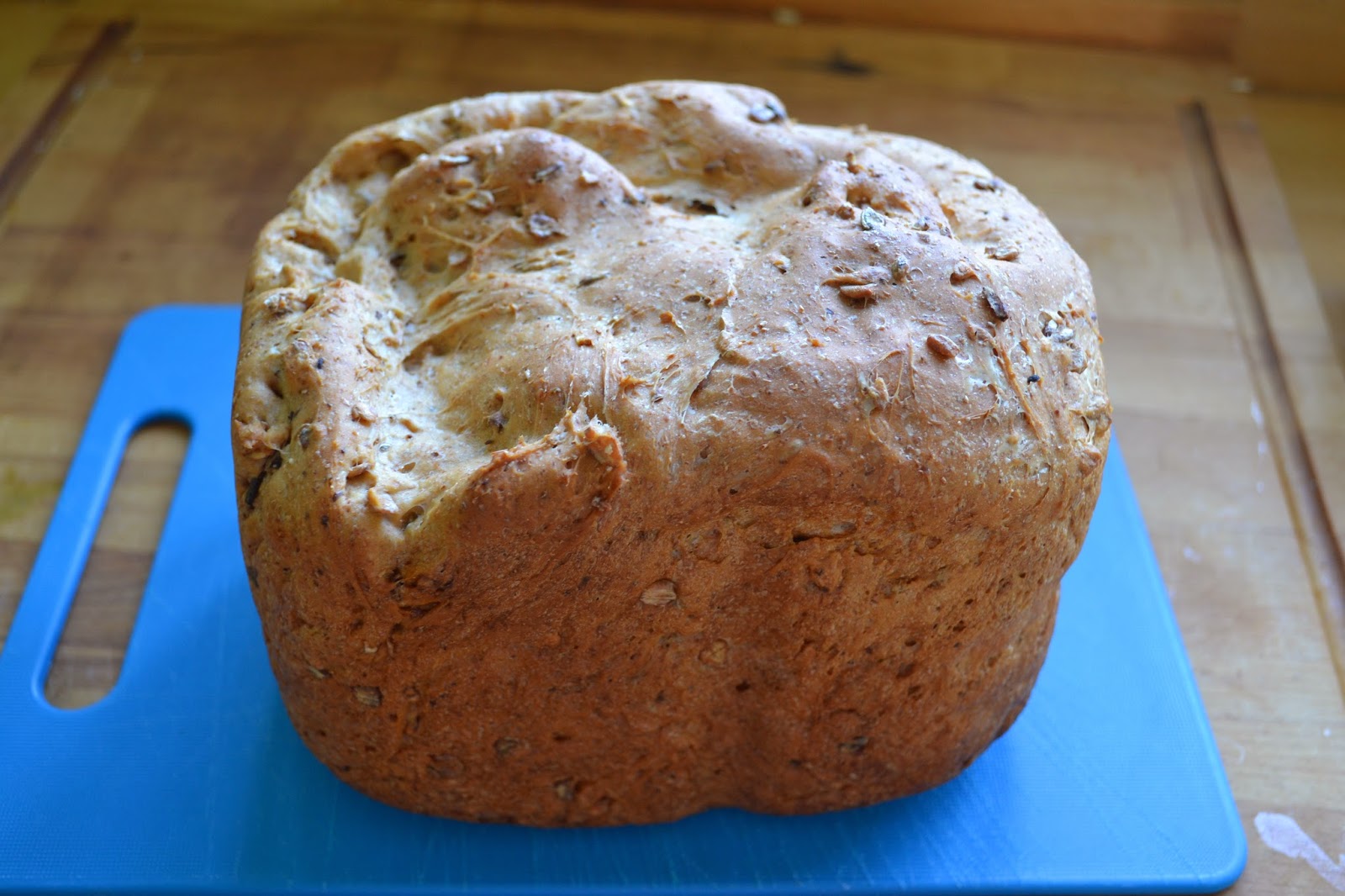 Lastly my Caramel Cardigan.  Do you remember I cast on with the wrong size needles and had to frog it? 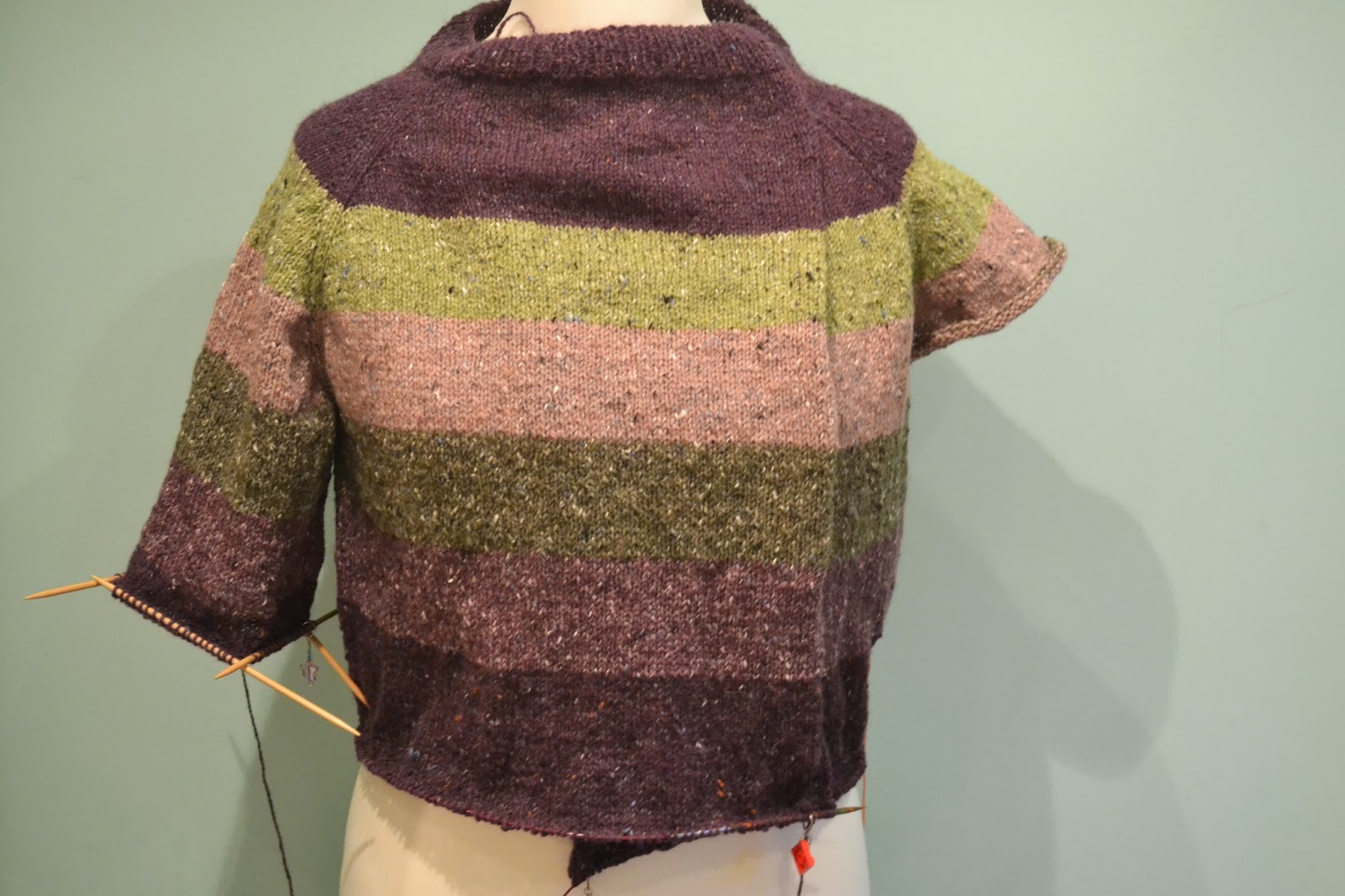 My next problem is I've tried to find some more of the green and pale purple yarns.  The original yarn was given to me by my pal Romain and she'd had it awhile.  The colours I got do not match, after spending at lot of time on Ravelry and various online stores I thought I had the right ones but, they are less tweedy and a different shade.  Plan B comes into play.  The sleeves are not going to be stripy, they'll be the purple (Bilberry.) 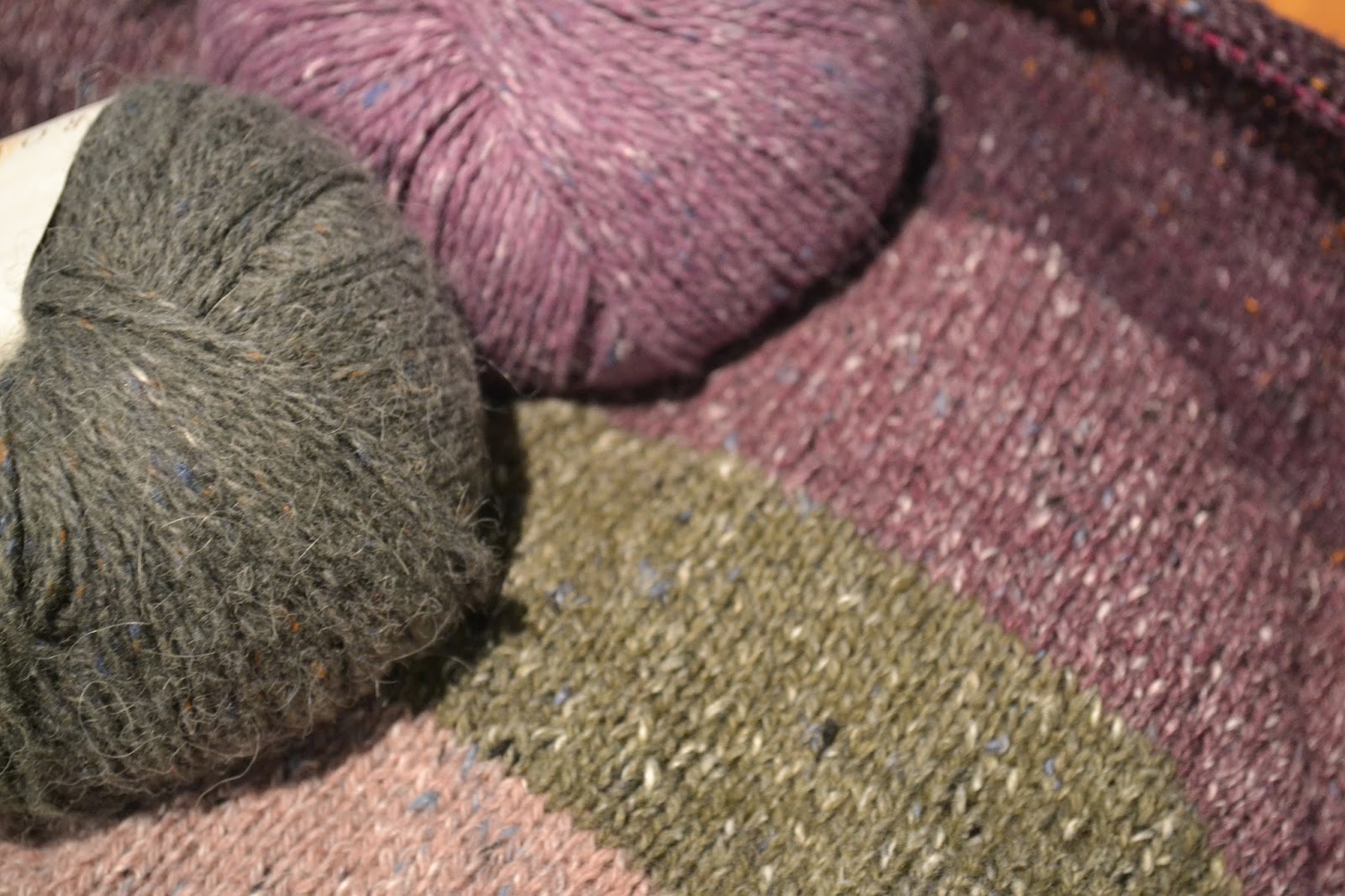 Do you see what I mean?  These are both Bilberry but the (2nd) new ball is much less tweedy. 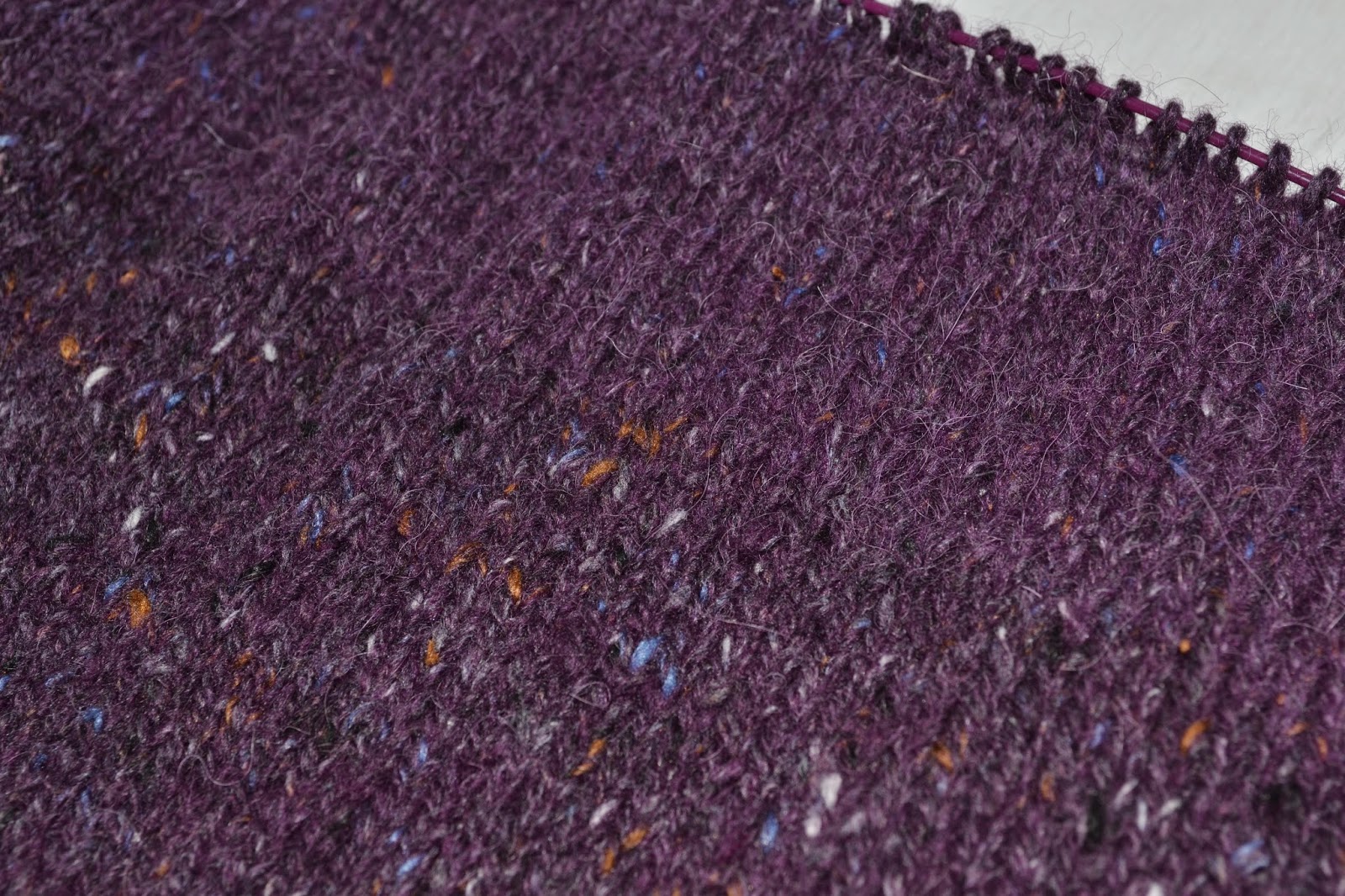 As I am typing this I have just realised that I have one row of green on the split for the sleeves.  I'll have to do a bit of jiggery pokey and take it out and add in the Bilberry.  Is life never simple? 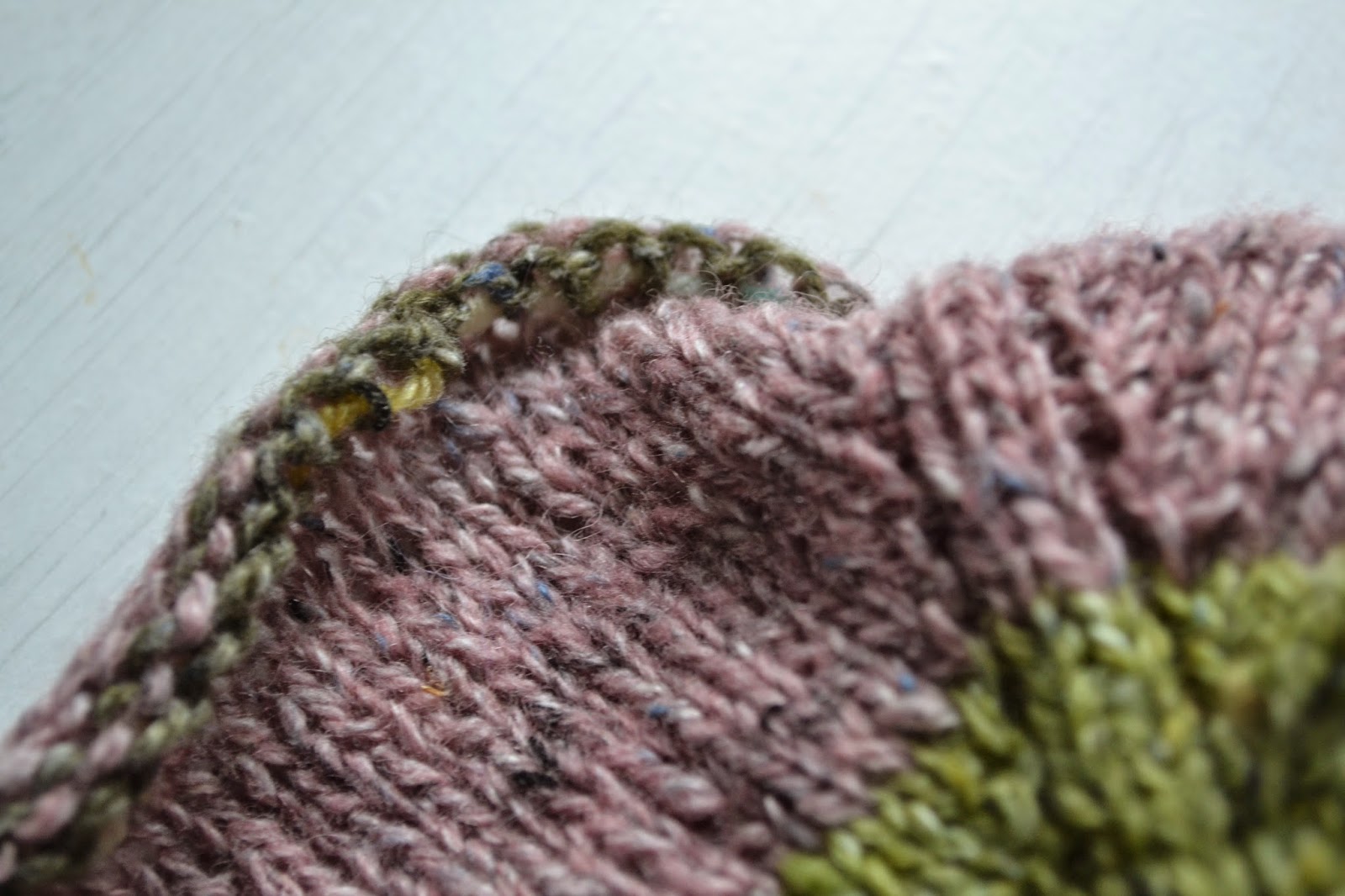 Ah well, I'll leave you with another quote, this one from The Best Exotic Marigold Hotel.
"Everything will be alright in the end, and if it's not alright then it's not yet the end."