The candle has nearly burnt away.
Presents are wrapped. 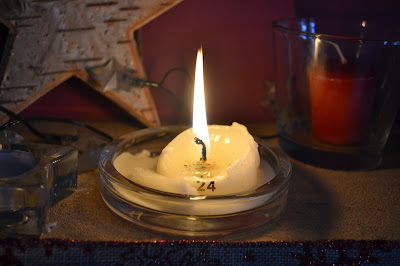 The dog is cosy on the sofa. 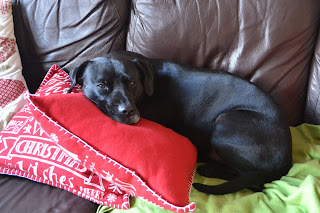 Have a wonderful Christmas, whatever you do.

Don't forget to track Santa, right now he's in Marseille ~ must be my bedtime.

I had hoped to blog earlier but time has caught up with me.

Firstly here is my card from Amy's Swap.  I have been sent a lovely handmade dove from Selma at Eclectic Home and Life.  Thanks Selma I like it very much.  On the link you can see the one I made for her too - I forgot to photograph it! 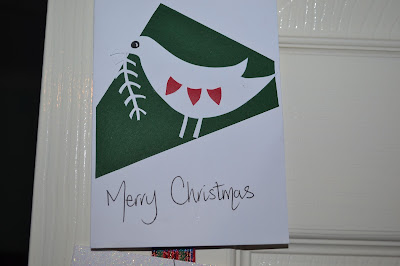 I've also had another birthday.  This makes me two years away from the big 5 O.  I celebrated with my family and a takeaway, a nice family time.
I had an email from my knitting pal Romain, who asked me to pop by.  She has been very naughty and gave me a bag stuffed with presents.  I don't know what I've done to deserve them but I opened one for my birthday and I'm saving the rest until Christmas.  A yarn holder that rotates so you can pop your ball on top and knit happily with no tangles.  Thanks so much Romain!
Can you see my lovely nails?  Had them done for Christmas. :-) 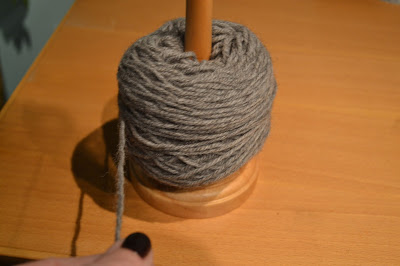 The dog has been guarding the tree and presents.  Can you see the red bag?  That's the one Romain gave me, I think there may be yarny goodness within. 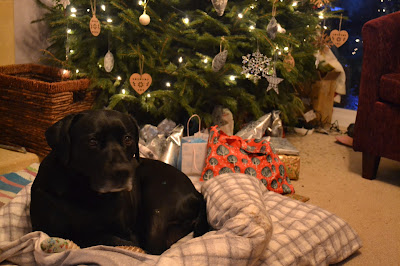 I've finished my Daybreak Shawl at long last so I've just these ends to sew in.  They're taking a while but there you go. 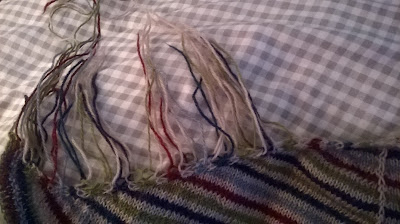 And the last thing to show you, a Santa sack knocked up today from two tea towels.  A special request from Miss Clicky so she could put her best friend's presents in. 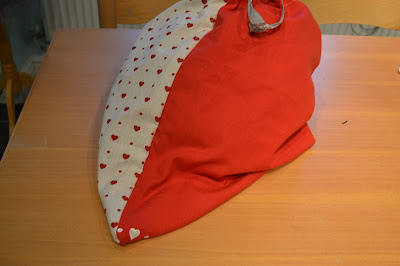 That's me for now, we're out for a meal with some old friends tonight.

Like most people at the moment I guess, I've been a busy bee.

School is it's usual mad self, we've had some staff changes which means I will spend a short amount of time in the lower class.  It's a boy heavy group for Years 1 and 2, 5 to 7 year olds.  This will be a challenge to me, I've never directly worked with this bunch before, and I find them tough.  I like the older children, mainly because they don't pick their noses quite as much, they don't tell on each other quite so much,  they can organise themselves better and generally you can have a decent conversation with them.  I think I'm a patient person but this may be tested.  This will happen when we come back in January.  Watch this space. 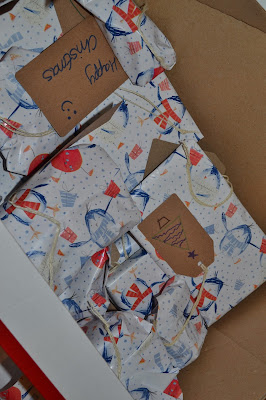 and received my parcel from Maria at Dotty's Daughter.  I hope she likes what I've sent.  I've also sent my Christmas card for Amy's swap.

I had a go at making some Soda dough but as you can see it was an epic fail ~ well, Master Clicky called it that.  I put them in a hot, just used for cooking oven and I think they dried out too quickly and cracked.  I'll try again sometime. 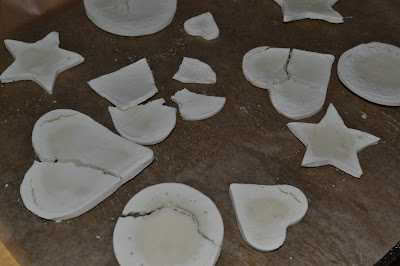 Mr Clicky spent last week in Shanghai on business.  It was very smoggy, but still beautiful, unfortuantely he has come back with a nasty cough. 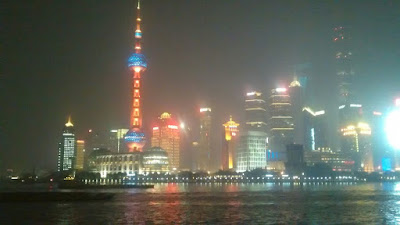 He did however, bring me back some Wife Cake, which I have yet to try. 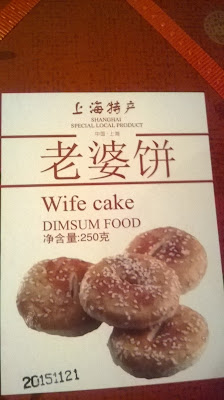