Hope you are bearing up in these uncertain times.

We've had a stormy few days here, I got drenched on my (pre-booked) trip to the tip Monday, but I got rid of loads of old paint, a mattress, two laptops and a car battery.

The back garden sadly, no longer looks like this, the orange leaves have turned nasty brown and when/if the weather dries up a bit I will give the lawn it's final cut for the winter. 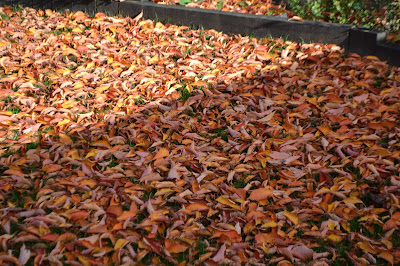 Master Clicky and I took a Sunday drive to Kemble Airport, it's only 8 miles away from our house.  It opened just before WW2 and was used by  the RAF as an aircraft ferrying base.  The Red Arrows were based there from 1966 to 1983.  The last military flight left in 1993.  Fast forward to present day and it is being used to store, maintain and salvage aircraft that have come to end of their life or just need to be kept somewhere whilst they can't fly.
We drove around the perimeter and were greeted by a line of 747s. 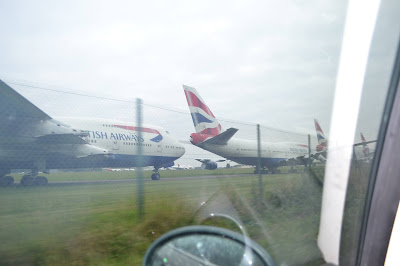 We parked up and walked to the fence to get a better view. 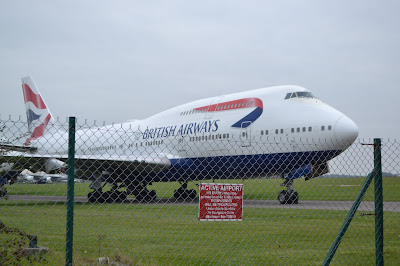 These 6 aircraft were all being broken up for parts. 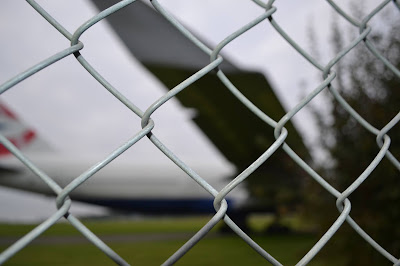 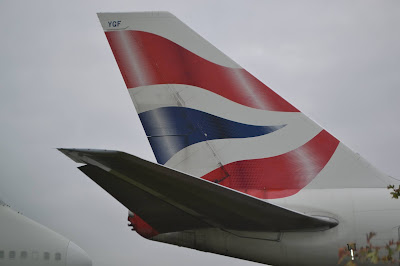 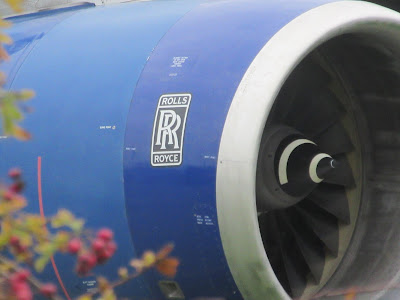 It is a sad sight to see these majestic machines being broken up but the parts are being reused within the aviation industry. 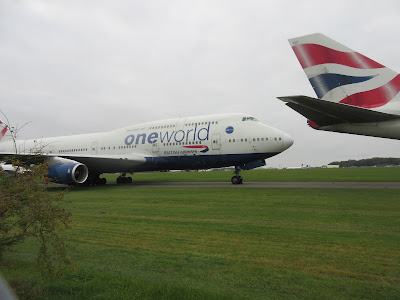 Over the other side of the airport planes in storage. 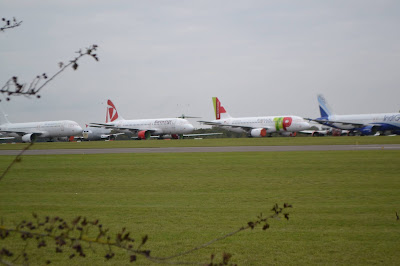 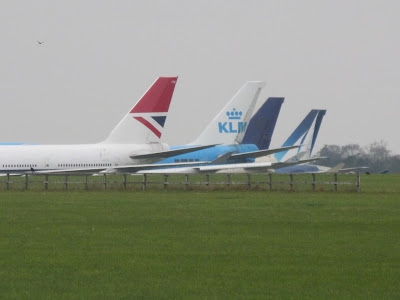 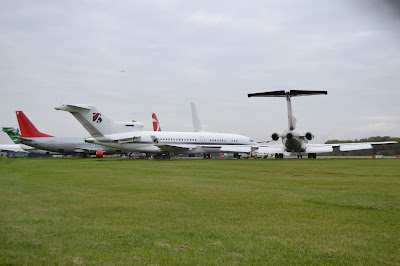 Interesting, for a Sunday afternoon in rural Gloucestershire.
Miss Clicky and her Hubby went out last Saturday night so Baby Needles and I went Trick or Treating around their neighbourhood.
I wrapped Baby Needles up well, (she was dressed as a witch) and we went to find pumpkins and treats which were left outside doorsteps. 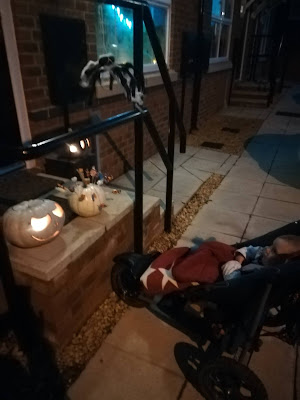 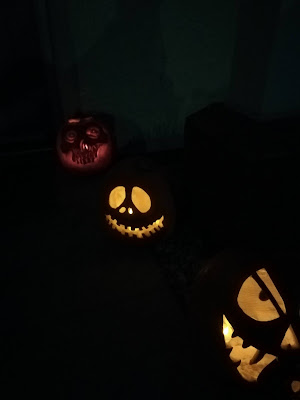 I loved the snail. 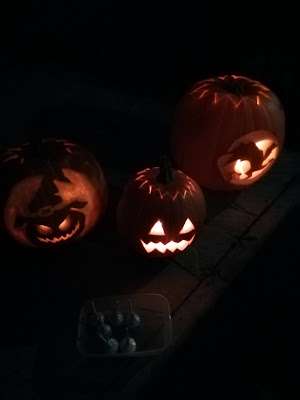 There was a competition, and these came second.  I didn't see the winners. 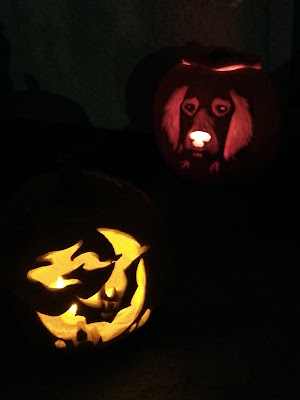 Miss Clicky presented me with a pinboard which she was planning to put up in her kitchen the other day and asked me if I could make it a bit more interesting.  I had a rummage around my stash and found some nice foxy fabric.  Unfortunately, I didn't have enough of either to cover the whole thing so I found a contrasting zigzag, joined them together and stapled it onto the board frame.  Much more cheerful. 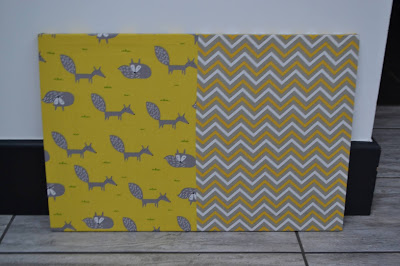 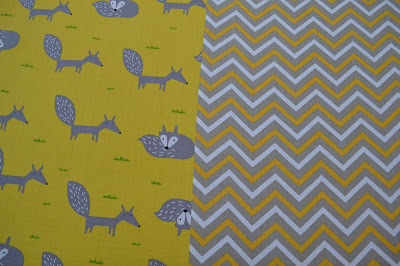 It's Day 1 of National Lockdown 2 for the UK.  People are working from home if they can, although schools and colleges are still operating.  Let's hope this helps get the infection rate down again.
That's me for now, hopefully I will have some makes to show you next time.
Keep safe..........Clicky Needles.
Posted by Clicky Needles at 21:56