Me and Master Clicky are back from a wonderful 10 days in Chicago with Mr Clicky.  It was so good to see him again, the last time being Christmas, when he came over here.

We spent most of our time just enjoying each other's company and relaxing, together.

Obviously when confronted with an eight hour plane journey I took some sock knitting to keep me busy. 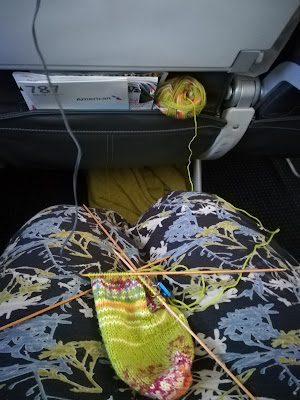 When we arrived it was cold and windy but it was so great to see Mr Clicky again.  Our apartment is a 45 minute drive out of the city.  We'd arrived early afternoon local time although it seemed like evening to us.  I stayed awake for as long as I could but succumbed about 8.00pm only to wake up at 4.30am.

We travelled north and crossed the border into Wisconsin to visit Lake Geneva.  It is a summer resort and all around the lake there are beautiful houses but it was so cold we didn't linger long! 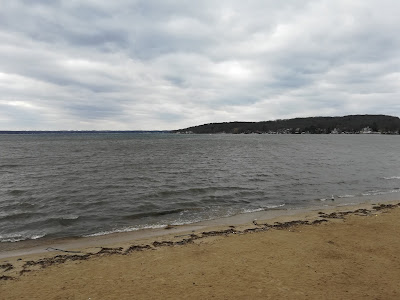 I'm sure in summer it's really busy! 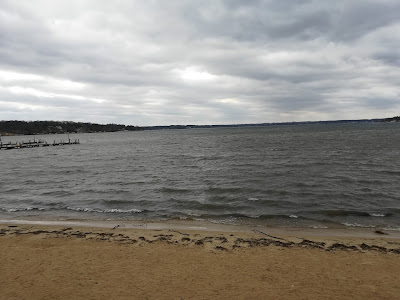 We wandered away from the windy lake and onto the main street, which was much more welcoming. 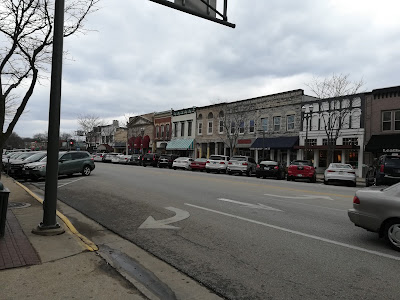 We awoke on 2 mornings to find snow! 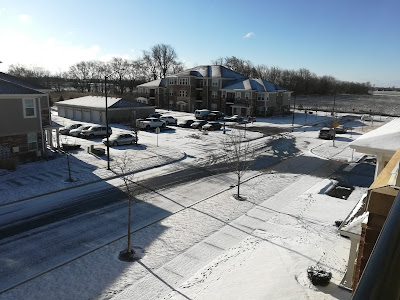 As this was Master Clicky's first visit, we spent a day in the city.  We caught the train from Crystal Lake Station. 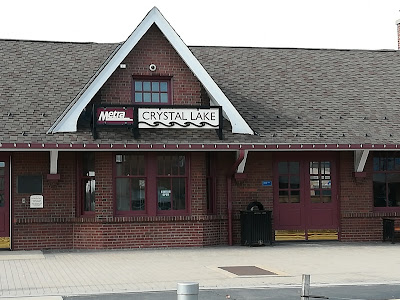 The railroads cross roads all the time, I'm not sure we would cope so well with that in the U.K. 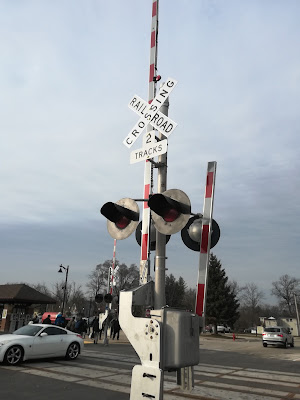 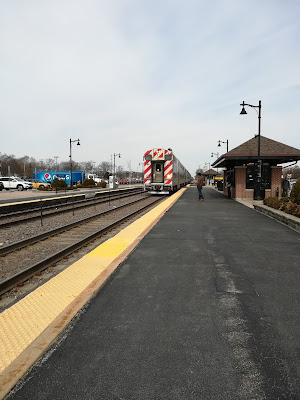 We sat upstairs on the train, they are keen for you to keep your feet on the floor and not drop things on passengers below. 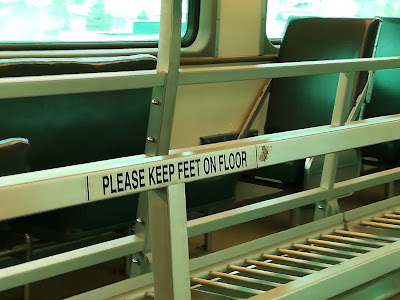 Somebody had left a Wall Street Journal so we had a read, it was a slimline version so you could read with annoying your fellow passengers. 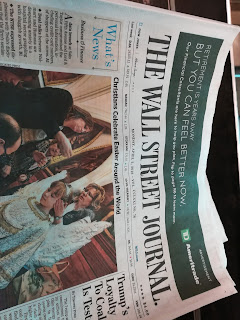 The journey is a slow one, and a half hours compared to 45 minutes by car and when you emerge, you are hit by the noisy city. 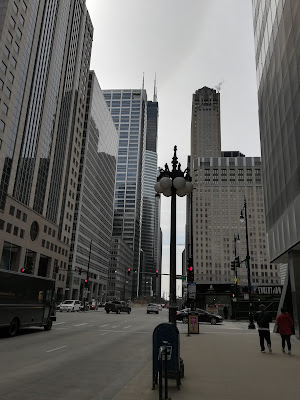 We walked along the river walk, when we were here in the summer this was heaving with people but now virtually deserted. 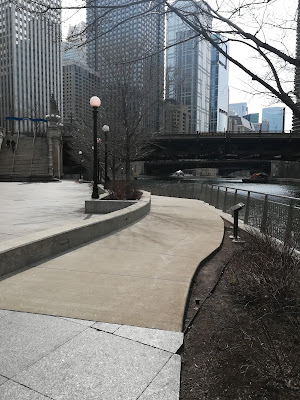 We had to find coffee shops to warm us up, after a while we couldn't feel our faces! 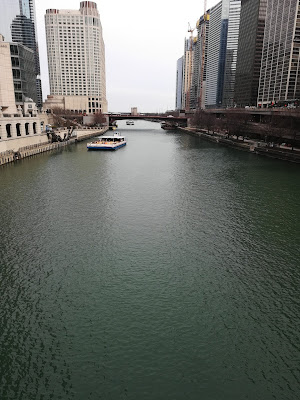 The mounted police were well wrapped up. 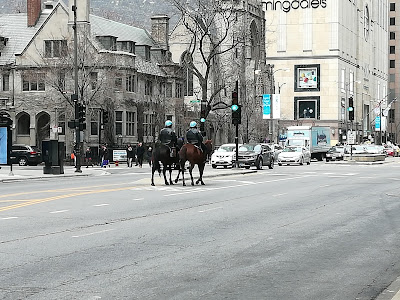 After a walk we came to our destination.  John Hancock Tower.  When it was built in 1968 it was the second tallest building in the world outside New York.  It is 100 floors high. 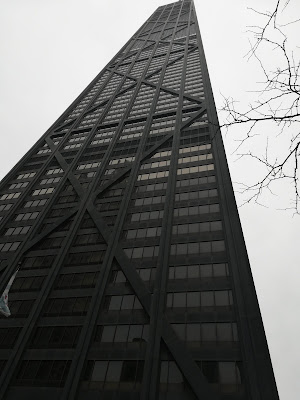 We went up to the 94th floor to 360 Chicago, the view was breathtaking.   I had been unsure about going up, but it was stunning and luckily I felt very safe! 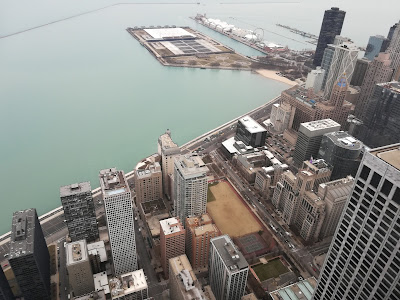 Lake Michigan, I still think it looks like the sea. 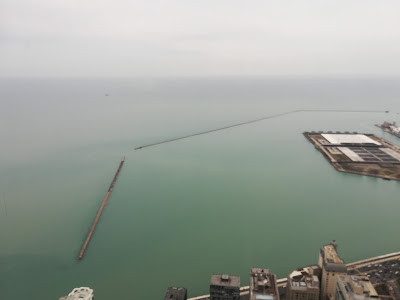 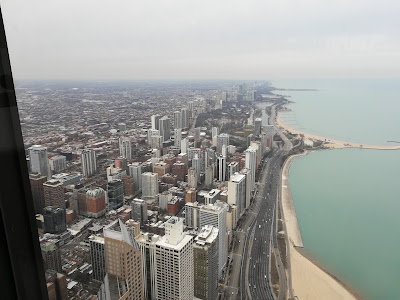 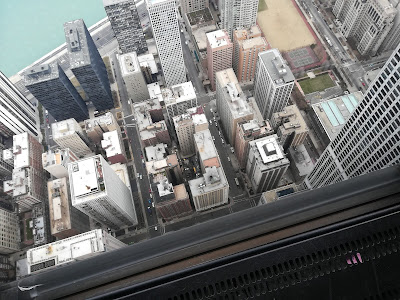 The view back inland. 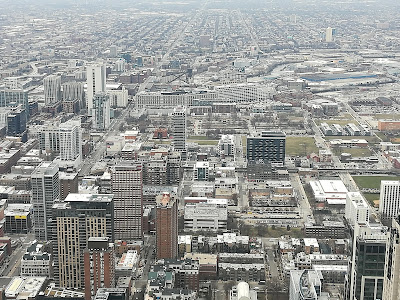 I spotted these cars parked on the roof of another skyscraper.  50? floors up.  How on earth did they get there? 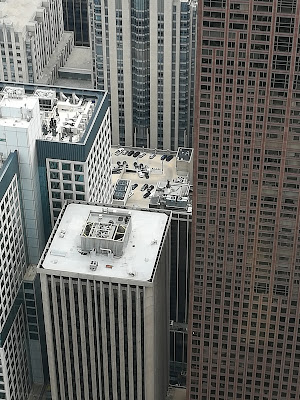 We relaxed and took in the view.  Another day we'll be having a cocktail.

Back down to earth and we found a shop to buy Master Clicky a long sleeved t-shirt, he was cold!  We also came across a Lego shop so had to pop in.  A full sized Stormtrooper, 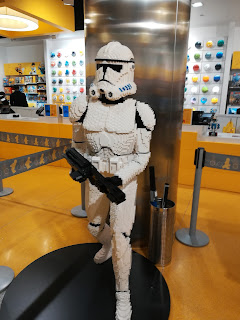 and the Chicago skyline. 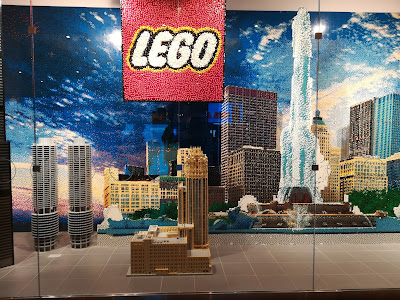 We popped into a Dunkin' Donuts for a cup of tea and a warm up.  Master Clicky ate the coconut one ~ not for me! 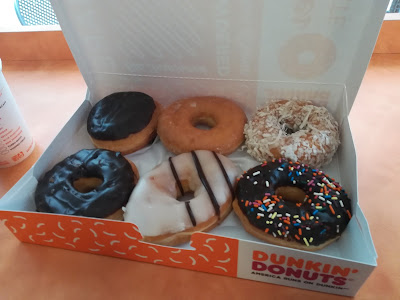 As we walked back to the train station along the river walk, we had to shout at each other going under the bridges because the traffic noise was so loud. 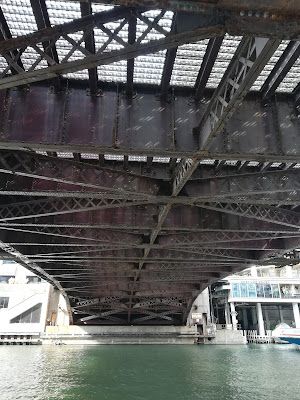 The 'L' trains clatter along too. 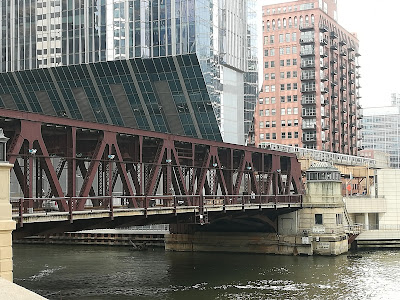 We spent the rest of our stay having lazy lie-ins,  knitting and running errands.  We also popped into Mr Clicky's office to say hello to his colleagues and went to Ikea and bought some furniture ~ a cardboard box is NOT a table.

All too soon time was up and I went to the airport with a heavy heart.

We checked in, got two seats with a spare in the middle so no-one else would sit there and waited at the gate.  The crew and all the passengers were waiting but there was no sign of the plane. 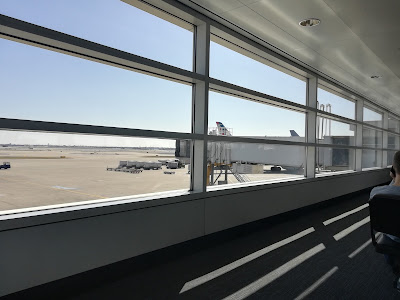 Half an hour later it trundled into view.  Doesn't the weather look good?  Yes you've guessed it, freezing! 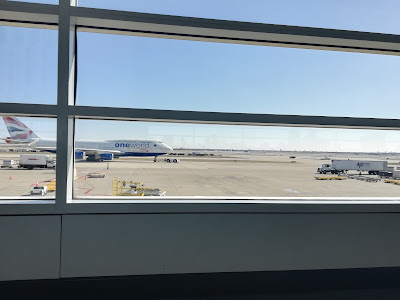 We soon boarded and spread ourselves out over the three seats.  This being a BA flight I also got gin and tonic.  In fact I got another sneaky one later too, because my light was on while I was knitting ~ everyone else was asleep ~ and the flight attendant spotted me and got another.  Cheers! 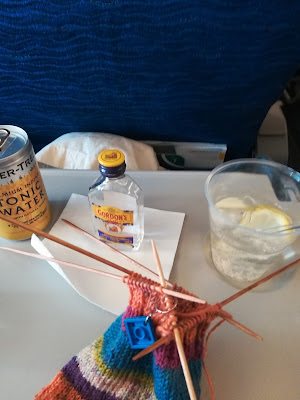 Onto my second pair of socks.  I'll show you them another day.

Back home and the jet lag has really got to me this end.  For some reason at 5.00pm most evenings I have to have an hour's sleep.  Just as well it's still Easter holidays.