I've been a bit awol of late.

I've been busy in the garden and indoors too.  The weeks seem to meld into one, don't they?

The first thing I have to show you is a rather tired chest of drawers that have had a makeover.  We bought this when Miss Clicky was born 25 years ago as a changing table, it's solid, albeit rather orange.  The front was covered in stickers, which she had added over the years and I spent some time scraping them off. 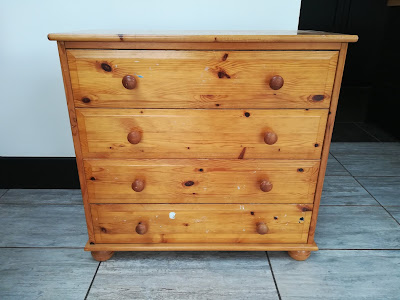 I painted it in Good Homes furniture paint in a matt grey called Sedona.  I found the ceramic knobs on ebay. 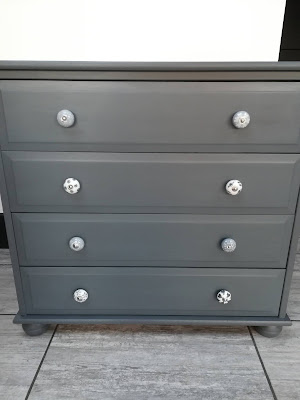 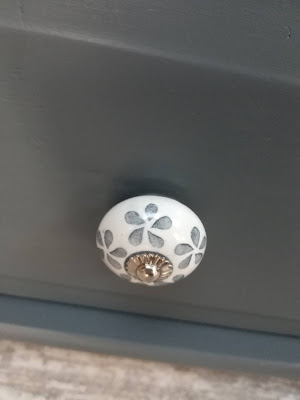 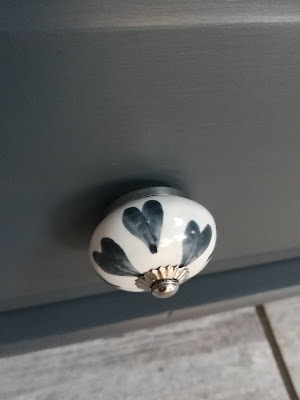 Miss Clicky and Baby Needles came up on Easter Sunday and we had an egg hunt in the garden.   The weather was lovely and we got even got sunburnt. 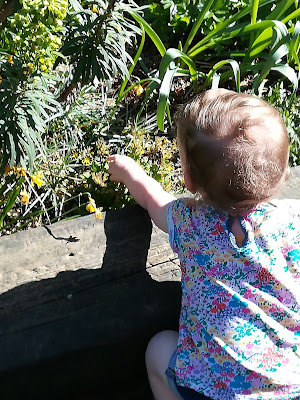 Eggs were found and some were consumed too. 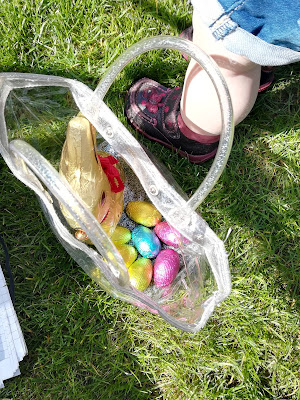 The cherry tree was alive with the buzzing of bees. 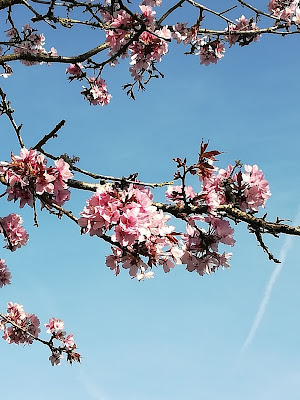 Fast forward to the following day when the promised snow arrived and froze to the roof. 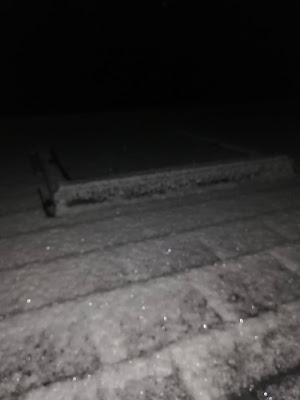 I made a blanket for the dolly that Baby Needles plays with when she visits, he also belonged to Miss Clicky.  It is a miniature of Baby Needles' car blanket. 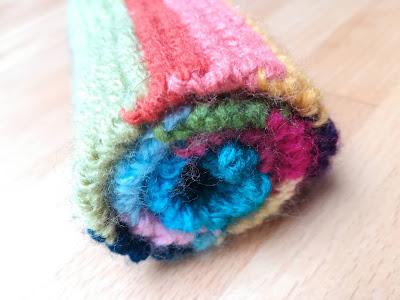 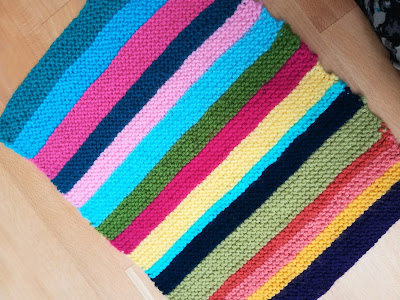 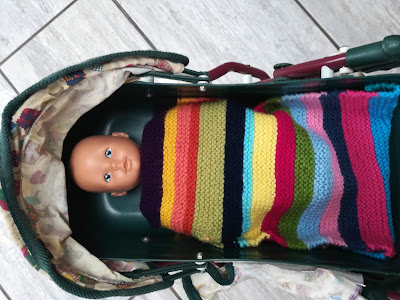 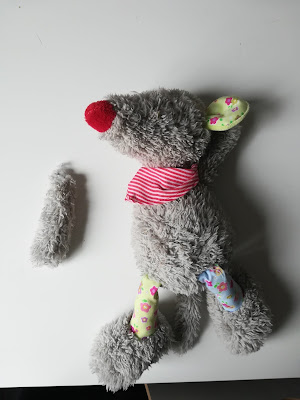 But it was sewed back on in a jiffy. 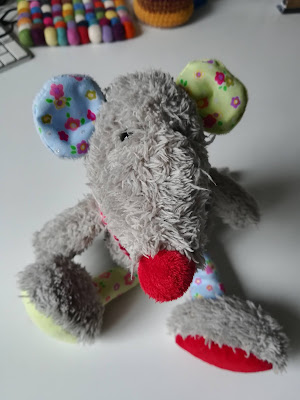