I hope that you are well.

Life here carries on much the same as usual, Mr Clicky goes into the office two days a week, I still look after Baby Needles who is now two and a half ~ where has that time gone? ~ a day and a half a week.  The very exciting news is that she has a new baby sister arriving in the New Year.  She has said she doesn't want to share her knitted car blanket I made her back in March, and, why should she? 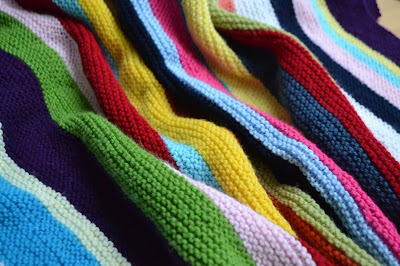 This time I decided to go for a crochet ripple, I still have some more to do, but it's going well so far. 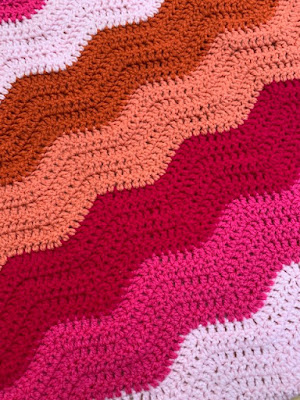 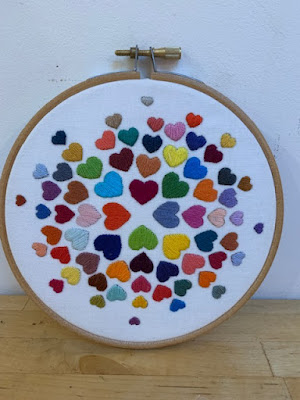 I got the printed fabric from The Embroidery Cart on Etsy and used threads from my stash.  As this hoop is so bright and cheerful I think I will put it in my craft room. 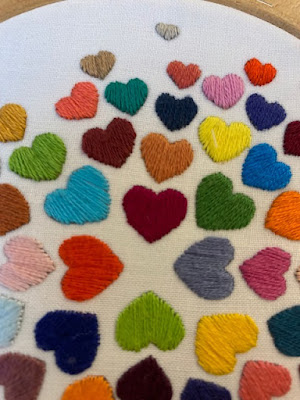 The Autumn Craftpod is also finished.  Another enjoyable project. 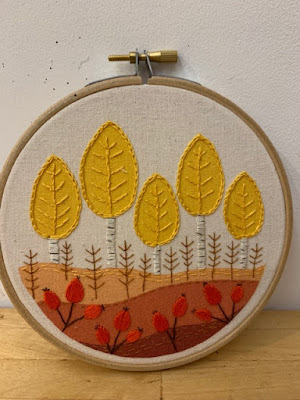 The community project that I have been working on with four others was finished in October.  This was for The Nelson Trust a local charity that supports women with addiction and are in contact with the criminal justice system.  It was to celebrate coming out of lockdown.  The wall hanging was embellished with flowers, bees, butterflies and bugs made by the local community. 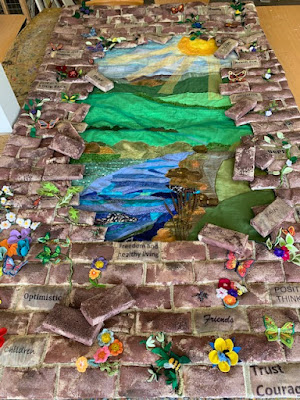 The group met on Saturday mornings starting in July.  With the embellishments already made we had to make everything else.  The bricks were printed on calico and then quilted.  For the background we took a section each, I had the river, and built up the picture using scraps of fabric which were again sewn onto calico.
We then sewed the bricks onto the background and added the bugs and creatures. 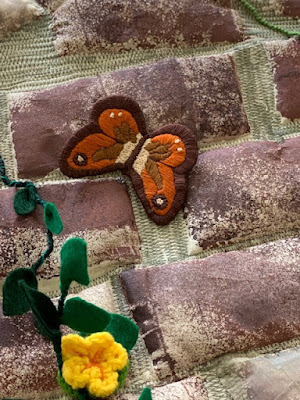 The words on the bricks were supplied by the users of the centre. 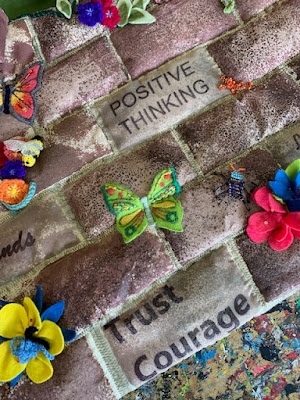 The bricks with negative words on were tumbling away. 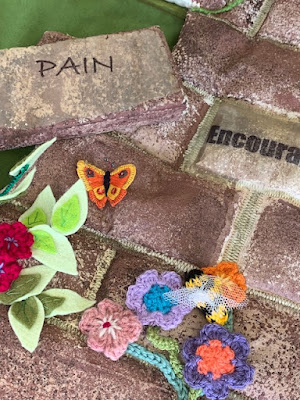 I got good at making bullrushes with wire, felt and thread! 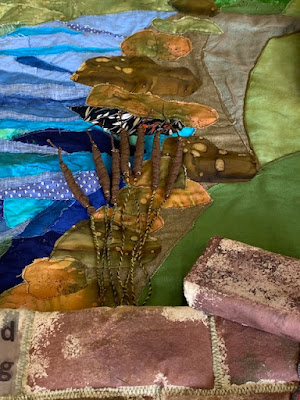 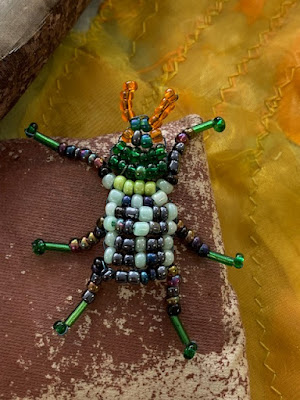 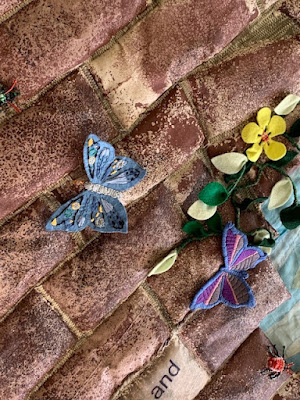 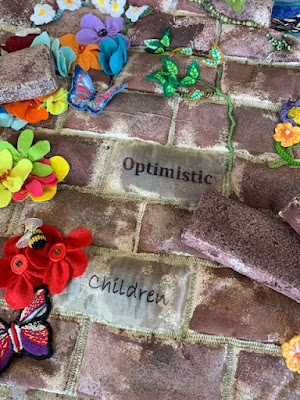