I thought you might like to see Mr Clicky's pictures from his business trip to Moscow.  He was gone for a week so I got full control of the TV remote ~ yay!

He flew easyJet, who'd have thought? 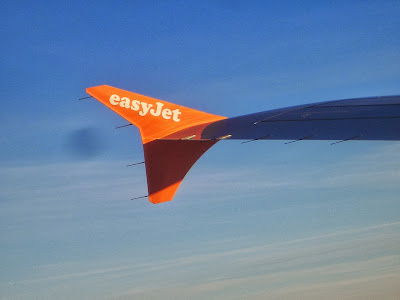 He stayed on the outskirts of Moscow.  This picture was taken from his (high up) hotel window.  That is a seven lane road you can see.  It was constantly full of traffic.  The high rise blocks opposite are all apartments. 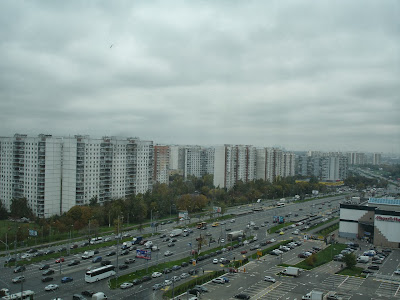 It looks beautiful at night. 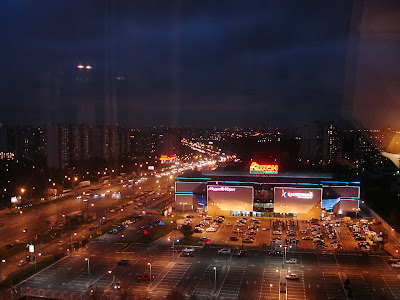 In between work things he and his colleague had a chance to look round Moscow.
Orthodox Church. 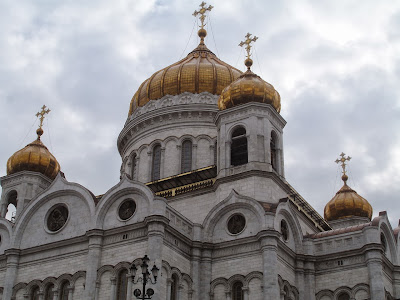 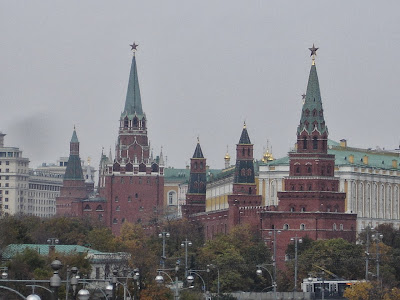 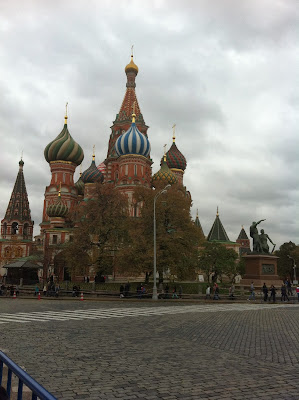 He bought some touristy things back.
Russian Dolls. 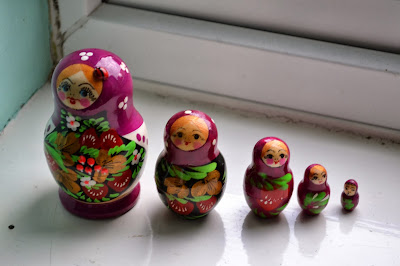 This doll is made from silver birch bark. 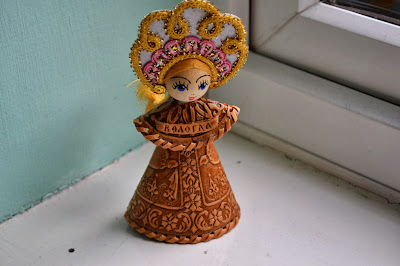 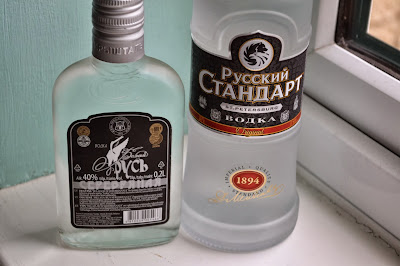 A T-shirt for Master Clicky with the Moscow underground map. 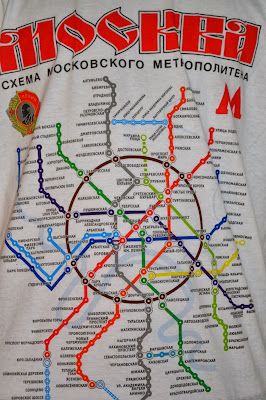 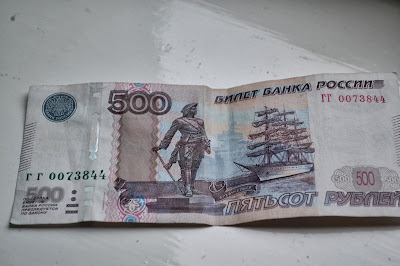 A Cossack Hat for Miss Clicky ably modelled by Master Clicky.  He was going for his best serious Russian Face but starting giggling instead. 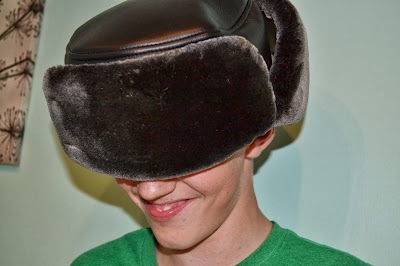 Lastly the rain hammering down today.  Luckily the dog had already been out.  Sensibly he refuses to go out in the rain. 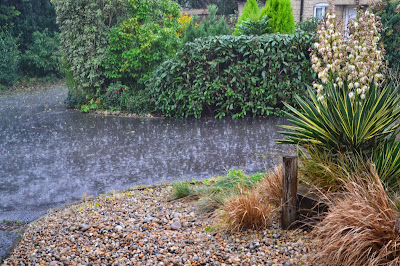