One of Mr Clicky's colleagues invited us to a Halloween neighbourhood party on Sunday.  We thought it would be fun to experience and went in costume.

We had a wander around our local Halloween pop-up shop and decided that a 'Day of the Dead' Día de Muertos theme would be easy to do.

Incidentally did you know that the whole Day of the Dead parade was dreamt up when the James Bond film Spectre was made?  The people of Mexico City adopted it afterwards.  Read all about it here.

I bought 5 yards of black and red net, pleated it and sewed onto a wide piece of black ribbon as a skirt. 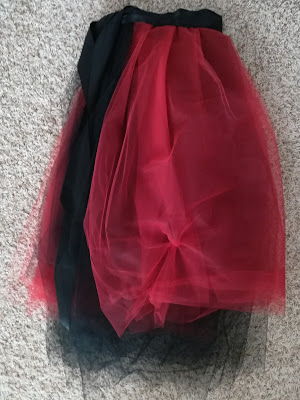 We bought a hat for Mr Clicky, a headband for me and some make-up from the Halloween shop.  The make-up wasn't easy to do, but it is hard when you are dead. 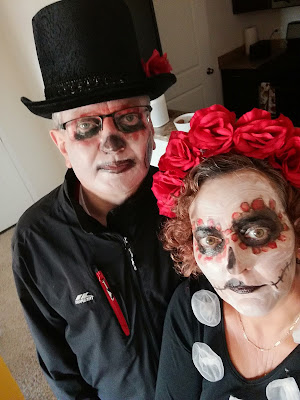 When we got to the neighbourhood we were greeted by a barbeque, and at 1.00pm we nabbed two of their teens who were dressed as a dog and a unicorn and set off trick or treating.

It was a stunning Autumn afternoon.  There were many families around and a lovely happy atmosphere. 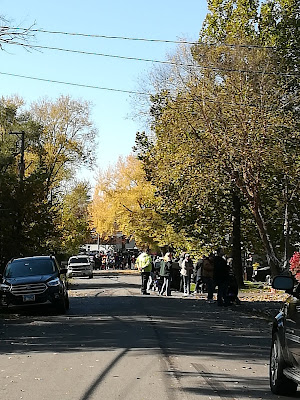 It soon became apparent which houses to visit. 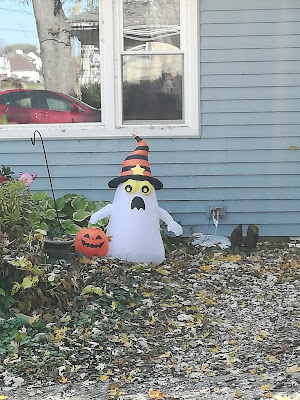 The decorations were unlike anything I had seen before. 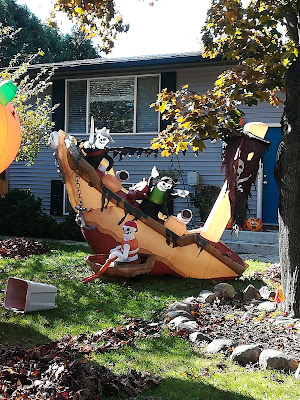 This pumpkin carving must have taken ages, or lots of family to do it. 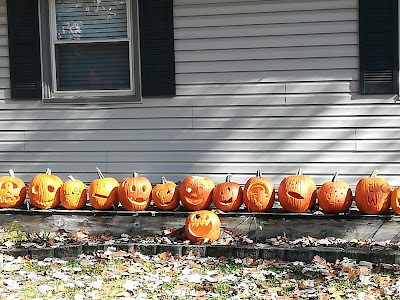 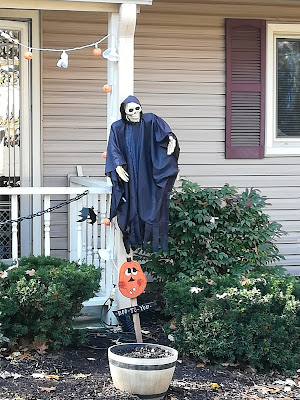 Lots of people were sat outside on their porches with large buckets of candy. 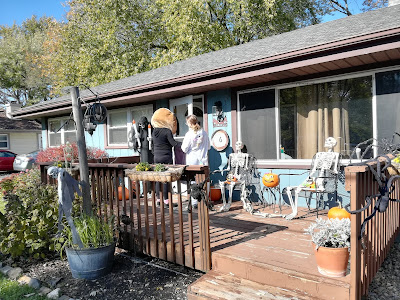 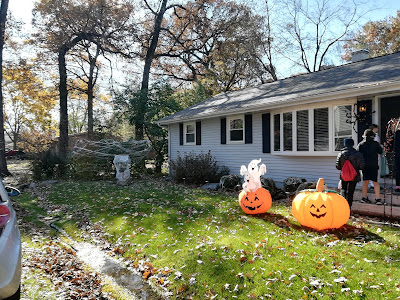 The sun shone and our dog and unicorn soon got too hot.  The dog head came off and the unicorn ended up in the shorts and t-shirt she had on underneath. 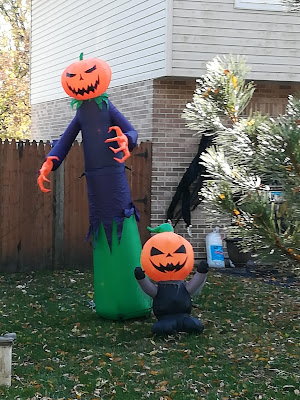 We walked slowly and chatted to the girls, when we arrived back at their home we realised we had been out for 1 1/2 hours.  The unicorn was definitely flagging by this point. 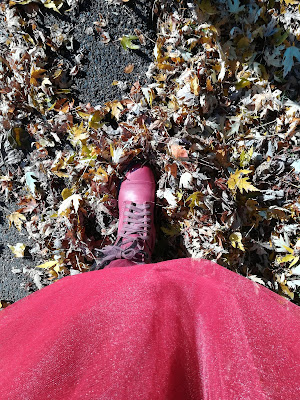 Mr Clicky and I didn't collect any candy but the girls had taken pillowcases for the stash.  They were half full and offered us some.  I had some Swedish Fish for the first time.  Yum.

So there we are, Halloween for us was a pleasant walk in the sunshine.